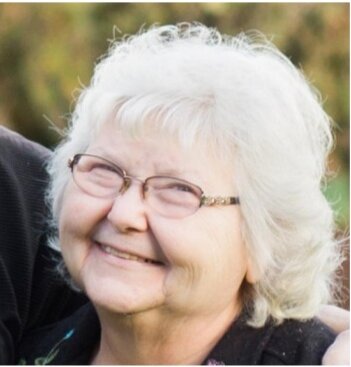 REAVIS, Dorothy Ilene, age 76, of Springfield, OR, passed away Wednesday, January 11, 2023, at her home.  Dorothy was born on July 1, 1946, to W.T. Harkey and Ruth Griffin in Maywood, California.  Shortly after she was born her family moved to Springfield, OR.

After graduating from Thurston High School in 1964 she attended Eugene Bible College and graduated from Springfield Beauty School.  She met the love of her life, Earl Clinton Reavis in 1962, and November 1, 1966 were married at Calvary Temple in Springfield, OR.  After getting married she moved to Hawaii where her husband, Earl was stationed while serving in the Navy.  While in Hawaii her first child, Christine was born in 1968.  In 1969 she returned to Springfield after Earl had completed his service in the Navy.  They went on to have two more children, Owida, born in 1970 and Brian, born in 1983.

All who loved and knew her kind, caring and generous heart called her “Dottie”.  She opened her home to many over the years, so in addition to her three children, there were many more young adults that would know her as a second mom.  Her family was among the first members of Calvary Temple in Springfield, Oregon where she was actively involved in the women’s and children’s ministry.  Dorothy was a hairdresser by trade.  While her children were young, they remodeled the back of their home into a beauty shop so that she could work from home.  Being home for her kids and husband was important to her.  She had a talent for planning activities and crafting.  Nothing made her happier than being around her grandkids and extended family, which included both relatives and dear friends.

Dorothy was preceded in death by her parents, her brother, Junior Harkey, sister, Pam Poteet and her husband, Earl.  She is survived by her sister, Penny Jensen, her three children, and their spouses, Christine and Rick Davis, Owida and Richard Bockla and Brian and Danielle Reavis; and her nine grandchildren, Christian, Marshall, Autumn, Trey, Gabrielle, Isaiah, Liam, Oliver and Finley.

**Celebration of Life will be held at 2:00 pm Sunday, February 19, 2023 at Calvary Open Bible 1116 Centennial Blvd. Springfield, OR 97477, with Pastor Kirk Stickler officiating.  In lieu of flowers, please donate to Meals on Wheels.

To send flowers to the family or plant a tree in memory of Dorothy Reavis, please visit Tribute Store
Sunday
19
February