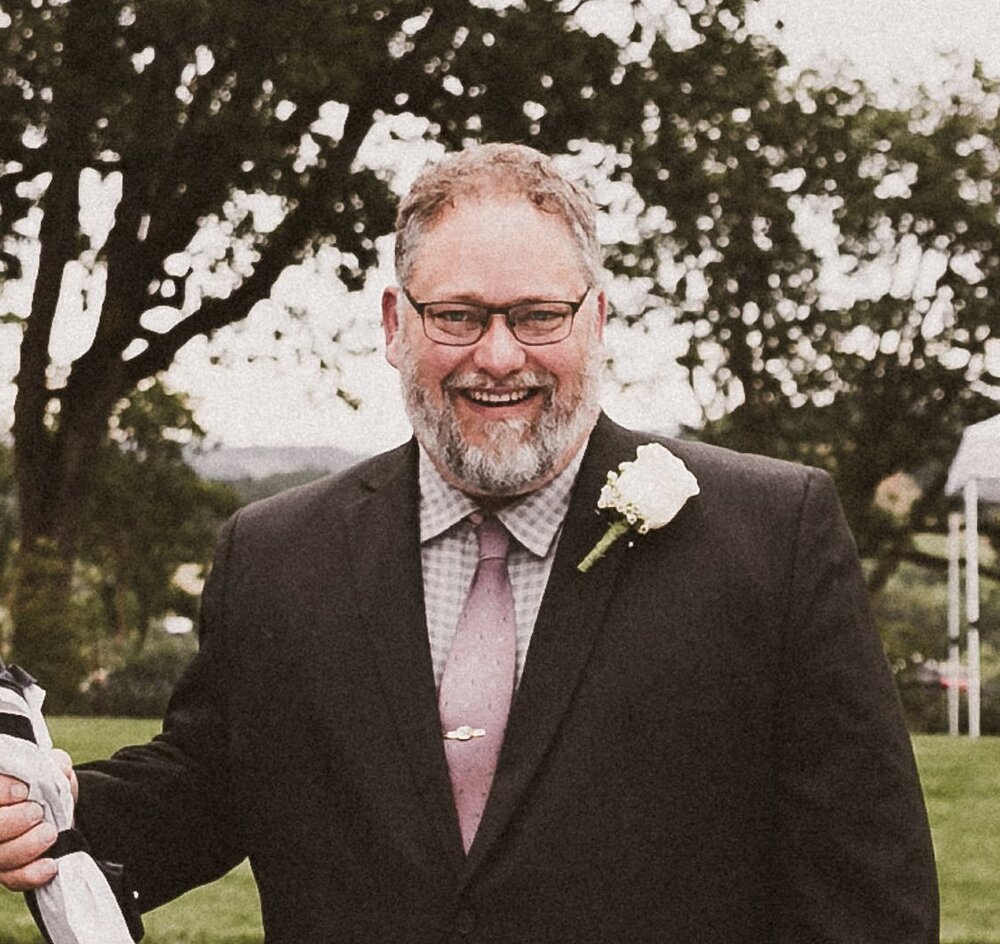 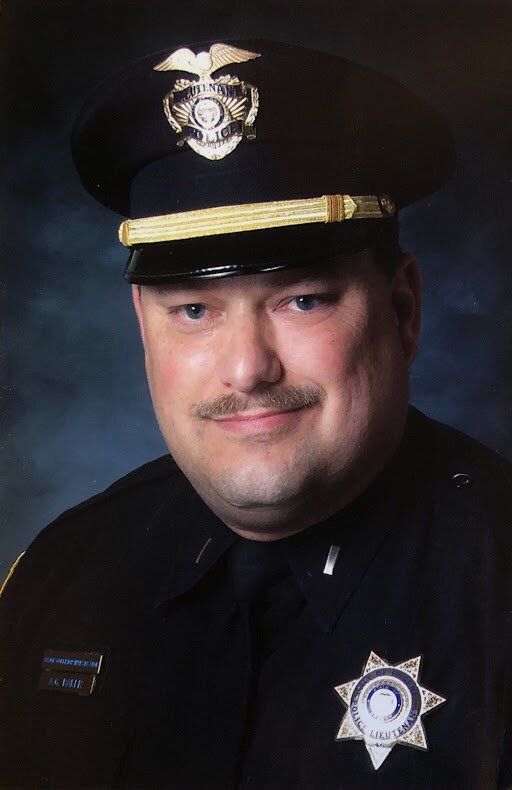 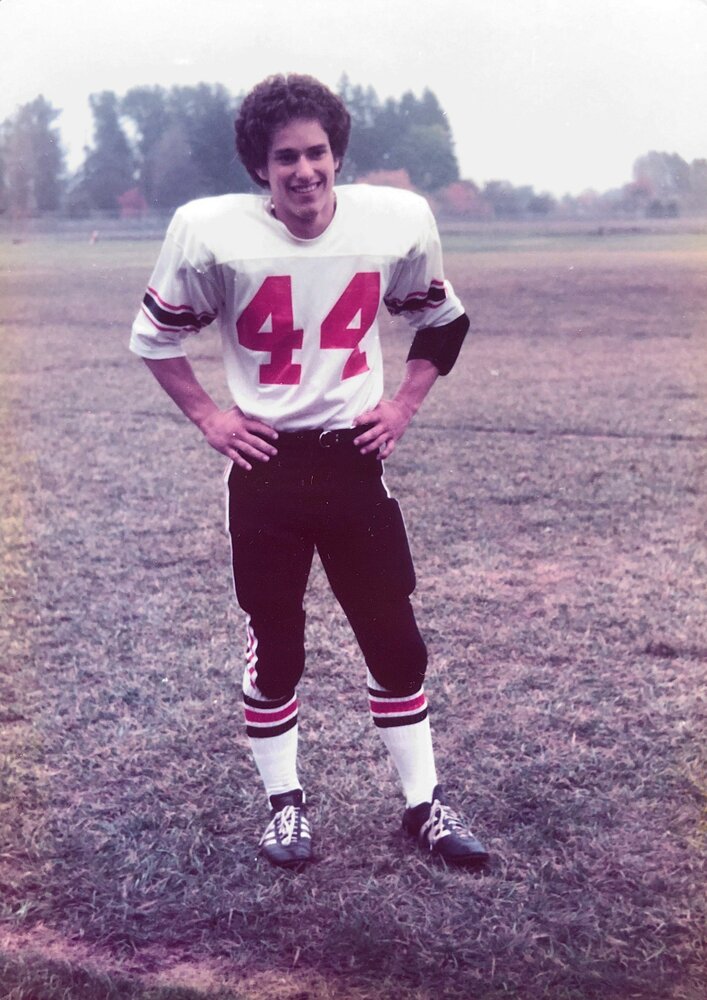 Anthony “Tony” Gerard Baker , 64, resides now in heaven with Jesus, his Father and other important people in his life.  He passed out of this world on Sunday January 8th 2023, a result of some cardiac complications.  He was born in Eugene Or on July 3rd 1958 to Felix “Bob” and Audrey Baker. He weighed in at 4 lbs 10 oz ! He had wonderful memories growing up in the Camp Creek area.  He graduated from Thurston High School in 1977.  Football, jazz choir and Young Life were his favorite activities.  His jobs at that time included a local lumber mill and a Wendy’s Restaurant. He did one year of schooling at Eugene Bible College and some classes at LCC. He began work at the City of Cottage Grove as a Dispatcher in about 1979, soon moving on to work for the City of Eugene as a Community Service Officer.

On March 15th 1981 Tony married Delaine DeMoss of Harrisburg.  They began life together in Springfield. Shortly before their marriage he had been hired as a Police Officer for the City of Eugene.

He followed in the footsteps of his Father and joined his brother with his career in law enforcement.  About 2 weeks after the wedding he went to the Police Academy for his official training.  He worked a total of 30 years for EPD.  His various assignments included Patrol Officer, Undercover Officer, Fatal Accident Investigator, SWAT, Narcotics K-9 Handler, and Tracking K-9 Handler. He served as a Sergeant from 2004-2006. He was promoted to the Rank of Lieutenant in January of 2007.  He served in that position until retirement in June of 2009.  While working he continued his schooling, graduating in Aug. 2007 with a Bachelor of Arts in Management from Northwest Christian University.  Shortly after retirement he began work again,  as a Security Officer at the Federal Courthouse in Eugene.  He worked for another 10 years there before retiring- again in 2019.

He excelled in his role as a husband and father. He balanced his responsibilities at work and at home with great thought.  He was a loving man who had many wonderful character qualities.  His energy seemed endless and he  prayerfully considered any decisions he made for the family. He and Delaine had 13 years together before kids arrived.  When Nick was born he was thrilled.  He loved his son with all his heart. He and Delaine moved to Monroe and bought a big old house when Nick was 6 months old.  Everyone thought he was crazy to buy a house that needed so much work.  Two years later the blessing arrived of triplet daughters.  He was not quite sure what to do with girls...”I never had any sisters” , he said.  But he realized there was no difference and loved all four children equally.  His main goal as a father was to teach them the ways of The Lord.  He did that….and was also a “fun” Dad who played games, read books, wrestled and involved his life with theirs.  As they grew older he tried hard to never miss a soccer game, football or basketball game or even a dance recital.  His values and wisdom, his laugh and his love will forever impact them.

In his “off”hours from EPD and family activities, Tony was busy with remodeling homes, building an RV Park and working on his 1905 Victorian Home in Monroe.  He had special talent with everything he worked on.  He taught a wonderful work ethic to his children and taught others about working on old houses. On his rental homes, he usually did all his own work...framing, electrical, plumbing etc.  This included raising buildings and putting them on foundations. He had an entrepreneurial spirit that was always thinking. A car wash?, a bowling alley? He always had new ideas. He enjoyed cutting firewood, and his latest endeavor was a business called Victorian Pantry that involved freeze drying food.

He was a man of integrity.  Honest, dependable and faithful in all he did. He served as a City Councilor in Monroe and was active in the community.  He was quick to offer his help to anyone that needed it.

His passion was truly his walk with Jesus Christ.  Daily he did his best to be a disciple of Christ and encourage others to join him.  The past year he had been honored by becoming the Executive Pastor at Encounter Church in Elmira Or.  He was humbled by this position and also very excited about all the opportunities he would have to influence other people’s lives.  He was very active in the recently started building program at the church.  He saw these changes as a way to make more room for people at the church.  He taught several different classes as well and was a friend to many.

He is survived by his wife of nearly 42 years, Delaine of Monroe; his four children: a son- Nicholas (Hailey) of Albany Or,  and triplet daughters : Clarissa of Monroe, Roselyn of Monroe, and Alexandria (Austin) of Beaverton; his Mother Audrey Baker of Springfield  and two brothers; Dave (Connie) and Dennis (Vesta) of Springfield.  He is also survived by his grand-daughter Emersyn of Albany. In addition he is survived by a large number of nieces and nephews, a large extended family and his much loved house cats.

A Celebration of Life will take place on Saturday, January 28th at 11:00 am. At Christ’s Center Church @ 530 W. 7th St. in Junction City Oregon.  In lieu of flowers a contribution may be made to : Encounter Church in Elmira Or with attention made to the Executive Pastor Tony Baker Building fund at www.aplos.com/aws/give/EncounterOpenBibleChurch/general?mibextid=Zxz2cZ

To send flowers to the family or plant a tree in memory of Anthony Baker, please visit Tribute Store
Saturday
28
January