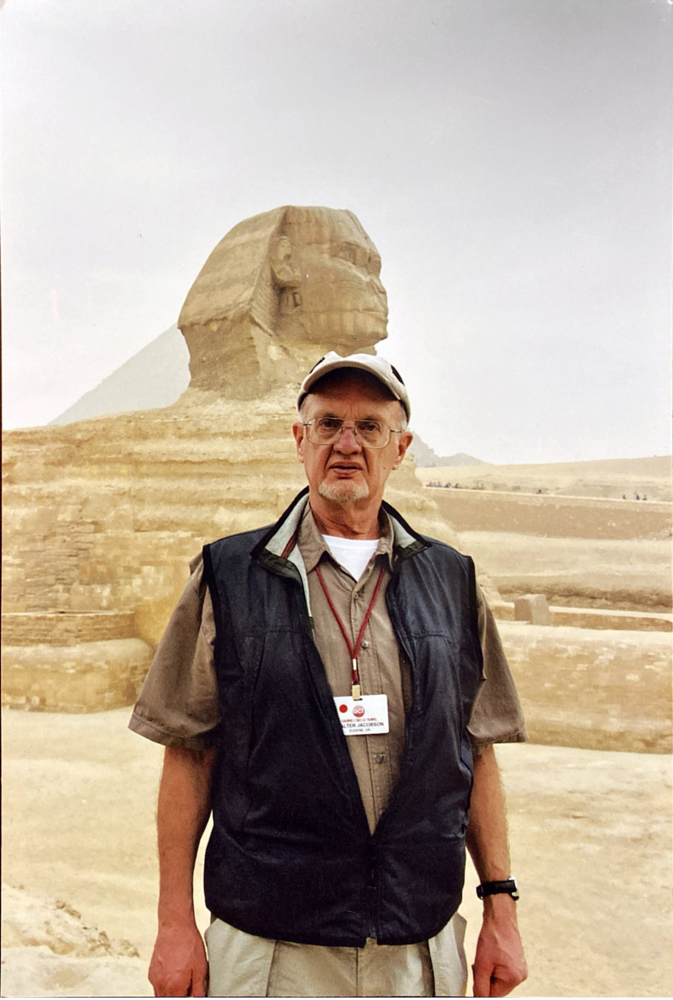 Walt Jacobson, founder and owner of Dunkin’ Donuts in Eugene, Oregon for more than 25 years, died on January 9 at the age of 90.  He lived in Eugene at Churchill Estates.

Walter Louis Jacobson was born on December 3, 1932 to Arvid and Rose Watts Jacobson in Astoria, Oregon. He was the third of four Jacobson sons. Walt was a well-known athlete in the Astoria-area growing up, concentrating on basketball and baseball. He was named captain of his Astoria High basketball team as a sophomore and maintained that role for the next three years.  He was also a multi-year starter for the baseball team, graduating from AHS in 1951.  He later played competitive fast-pitch softball and was on the traveling volleyball team for the Eugene YMCA. An avid sports lover and outdoor enthusiast, Walt later became an active participant and hiking leader of the Altair Ski and Sports Club in Eugene.

He attended Oregon State University, also the alma mater of all three of his siblings, where he was a member of Phi Kappa Tau Fraternity. He majored in Food Technology and graduated in 1955.

He served two years in the US Army including one in Korea, then worked as a USDA food inspector based in Portland, all the while saving money and looking for an opportunity to invest in a business. In 1968 Walt opened the first Dunkin Donut shop in Eugene and eventually opened and managed a second location in town. Both were popular gathering places for regular customers until closing upon his retirement.

Walt was the beloved father to three children: Rebecca, AJ, and Brian. He was also a wonderful grandfather to Rebecca’s two daughters, Suzanna and Isabella; and to Brian’s son, Jimmy. Dad was the quintessential family man. Our happiest memories of him are all of us gathering, especially during the holidays, Dad with a big smile on his face as he interacted with the extended family. He was usually one of the quieter family members, but he loved to sit back and throw out an occasional joking comment to keep everyone on their toes.  The best thing about our dad was that he was always there for us. He will be dearly missed.

He is survived by brothers Arvid Trevor Jacobson of Salem and Edward Paul Jacobson of Pierre, South Dakota; daughter Rebecca Jacobson of Seattle, Washington; and sons A.J. Jacobson of Eugene, and Brian Jacobson of Syracuse, NY. His brother Carl Watts Jacobson died in 2021.

To send flowers to the family or plant a tree in memory of Walter Jacobson, please visit Tribute Store