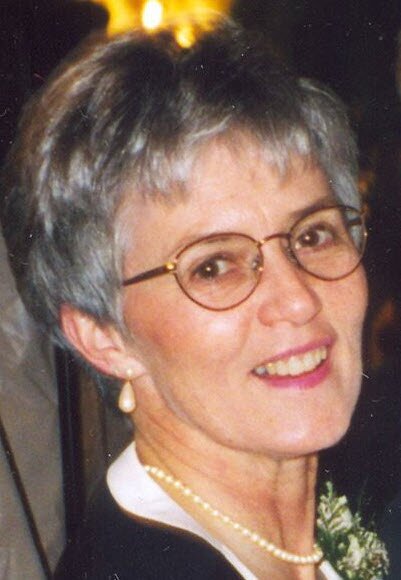 We regretfully announce the passing of Charlotte Sandra Miller who passed away unexpectedly on January 3, 2023. The family is deeply saddened and shocked by her sudden death.

Sandy was born on June 27, 1945 in Bend, Oregon to Charlotte Irene and Samuel Raymond Morehouse. She grew up in La Pine, Oregon where she was active in 4-H. She graduated from Bend High School and participated in high school track and cheerleading. After high school, she attended Southern Oregon State College, where she met her husband, Ernie Smith.

Sandy and Ernie were married on September 19, 1964 at the Methodist Church in Gilchrist, Oregon. After Ernie graduated from college, they relocated to Chico, California for a short time before they returned to Eugene, where Ernie used his math skills to work in data analytics and processing for wood products companies. Shortly thereafter, their two kids were born, Wendy (Smith) Laing and Michael Smith.

Sandy devoted her time and talents to her family when her children were young. Among other things, she kept an immaculate home, sewed her children’s clothes and knitted slippers for many loved ones. After her children grew, she entered the workforce, first in retail and then at a local law office, which she thoroughly enjoyed. Later, Sandy and Ernie realized their dream and purchased a small, neighborhood store named “Monroe Street Market.” There, they poured their heart and soul into that business and rarely took anytime off.

On October 10, 2004, Sandy married Mark Miller, in Eugene, Oregon who was also a Bend High School graduate. Mark and Sandy lived in Syracuse, New York, as Mark worked at Syracuse University, Maxwell School of Citizenship and Public Affairs, in the University Research Computing facility. Upon his retirement, they returned to Eugene to be closer to their Oregon family.

Sandy’s pride and joy were her four grandchildren: Elizabeth, Kate, Paul and Emma Laing. She spent her time entertaining them, baking with them, and attending their sports and extracurricular activities. When her grandkids left for college, her highlights were the phone conversations and holiday visits. Sandy and Mark treasured their family.

Sandy lived with Parkinson’s disease and contributions in memory of Sandy may be made to the Parkinson’s Resources of Oregon. The family sincerely appreciates the kind words, prayers and support of others during this difficult time. Services are being planned.

To send flowers to the family or plant a tree in memory of Charlotte Miller, please visit Tribute Store