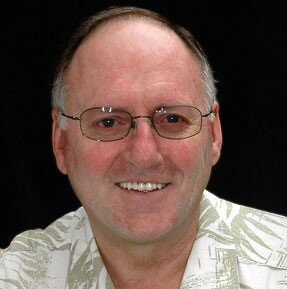 Harley D. McArthur passed away at his home on January 4, 2023 at the age of 74. He was born in Billings, MT to Joseph Lee McArthur and Elizabeth (Hettinger) McArthur. He married Fern Heller in 1968, and they moved to Denver, Co. to begin their fifty-four years together.

Harley received his BS degree from the University of Colorado then moved to Eugene in 1973 to begin his 39 year career with IBM in marketing and management. He enjoyed business travel throughout the country, making life-long friends and mentoring young salespeople.

Harley’s priority was always family. His life choices were driven by providing love, security, togetherness and life experiences of fun and adventure.

Sports held an important place in his life which went full circle. He played Babe Ruth baseball, high school basketball and intramural sports, then coached his daughters’ teams. In retirement, he enjoyed senior softball and bowling. He was also an avid Oregon Ducks fan known to many as the man in the yellow hat.

Harley was preceded in death by his parents and oldest brother, Jerry. He is survived by his wife, his daughters Erin and Lisa, grandchildren Adam and Sadie, siblings Ron (Trudy), Kenneth (Robin), Kathy Wimpfheimer (Steve), sisters-in-law Karen and Lorinda and many nieces and nephews

To send flowers to the family or plant a tree in memory of Harley McArthur, please visit Tribute Store