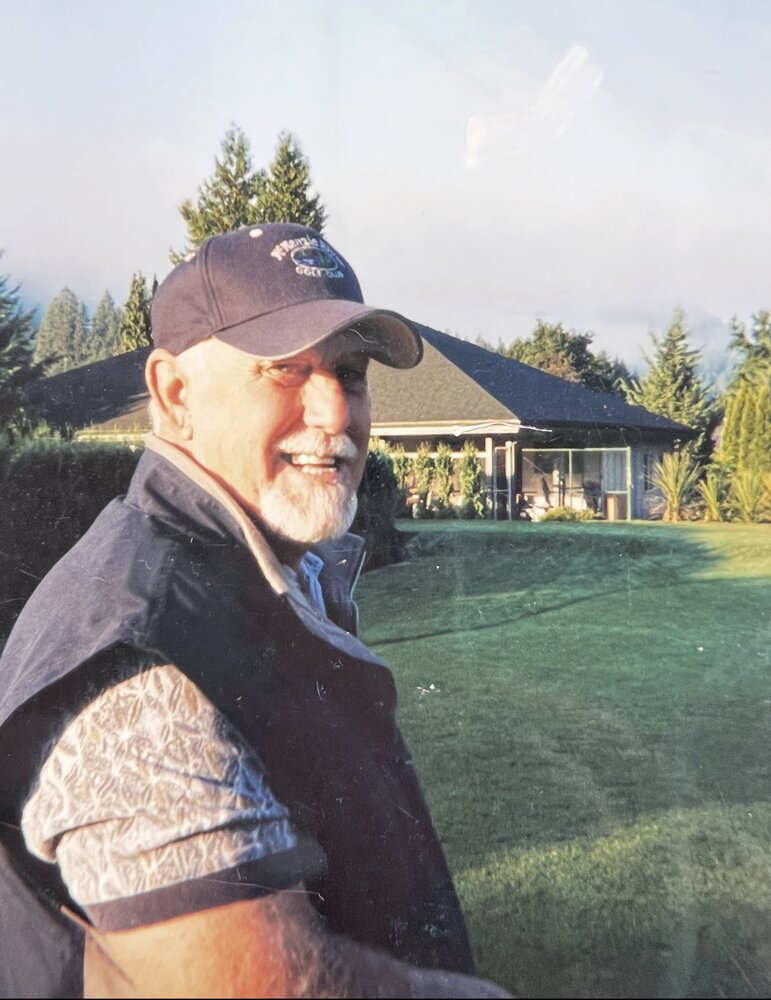 Paul A. Thompson, 83, passed away on December 5, 2022 due to complications of Alzheimer’s Dementia. He was predeceased by his loving wife and high school sweetheart, Nancy Thompson in 2008.  They had a wonderful, loving marriage of 49 years.  Paul leaves behind their children: Son David (Doreen) Thompson and Daughter Paula of Eugene.  Paul also leaves behind 5 grandchildren: Sarah, Shelby, Mitch, Persia and Roya; and 2 great grandchildren: Reagan, Chloe and another little girl named Sadie on the way.  Paul’s only living sibling is his sister Michele (Jerry) Kallberg of Aloha.   Paul’s brothers, Tom and Bill are deceased.

Paul graduated from Springfield High School in 1957 and was selected to the Oregon Shriners Football Team and outstanding football player 1956.  While in high school, a friend bet him a dime that he couldn’t win the state diving championship – so he took that bet then trained for two weeks at the U of O swimming pool and won the 1957 state high school diving championship.  He also held high school and college javelin records.  Afterwards, he served in the US Marine Corps and graduated from Pacific University.  While at Pacific University he played football and received all conference lineman award.  He also battled for the “boxer” at Pacific University and kept it’s where abouts to himself but loved to tell the stories.

With his love of sports and teaching he was a coach at David Douglas High School, Portland State, Multnomah Athletic Club/Gymnastics 2nd Place in Nationals.  In 1972, he began an amazing career at the Middlemen Jewish Community Center in Portland as the Athletic Director with a membership of 7,000. He also held the same position in Dallas, Texas, 1985-1996, at their Jewish Community Center.

Upon retiring, Paul and Nancy returned to their roots and built a beautiful home in the McKenzie River Valley and Paul began his next chapter as a master wood carver.  He carved beautiful carrousel horses which are featured at the Albany Carrousel – the Alpaca and Lioness.  Each animal took two years to carve.

He was an avid Golfer and enjoyed many winter seasons with his group of friends in Yuma, AZ.

He loved his family deeply, was always ready with a funny story and a laugh.  He was always supportive, caring and had the biggest heart.

A Celebration of Life will be held Saturday, February 4th at 12:00 PM at Musgrove Family Mortuary.  Please go to www.musgroves.com for further information.

Arrangements entrusted to Musgrove Family Mortuary. Please access the obituary and you are invited to sign the guestbook at musgroves.com

To send flowers to the family or plant a tree in memory of Paul Thompson, please visit Tribute Store