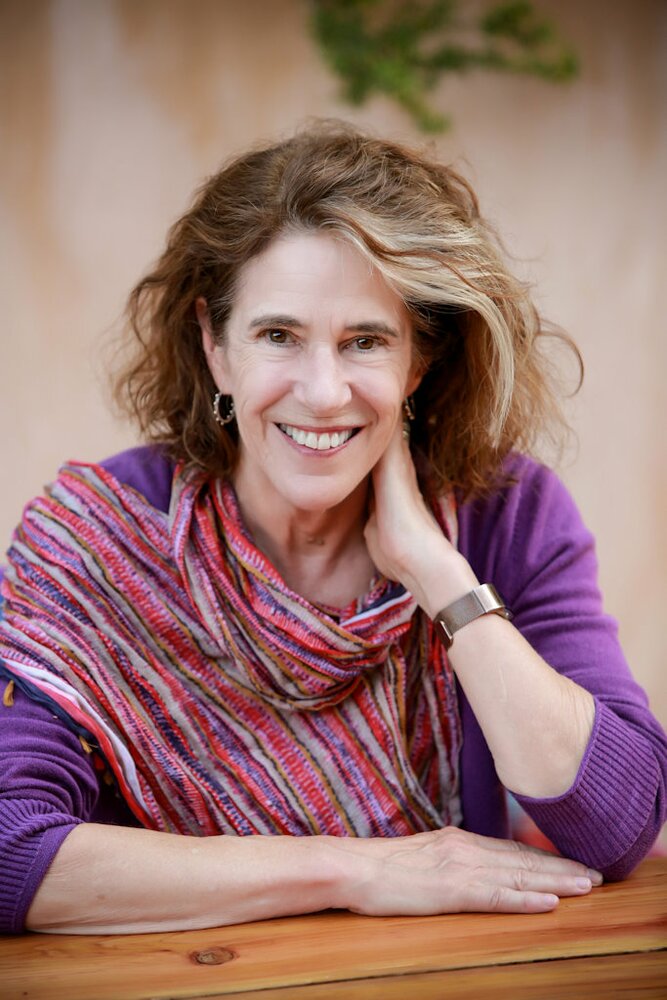 Caroline “Cai” Emmons died peacefully at home in Eugene Oregon on January 2, 2023. She was surrounded by family and friends, including her beloved son, Ben Howorth, and her husband, playwright Paul Calandrino. After years of living with ALS, Cai ended her life using Oregon’s Death with Dignity law, for which she was very grateful. She is survived also by her sisters Ebe and Patty, many cherished nieces, and a grandniece.

Emmons was an award-winning novelist, story writer, playwright, and essayist. A graduate of the University of Oregon’s MFA Program (1998), she published six novels and a collection of short stories. Her first book, His Mother’s Son, won the Ken Kesey Award for the Novel in 2003. Her second book, The Stylist, followed in 2007. Though she continued writing, her next novel was not published until 2018. Weather Woman, the first of five books in her late-career renaissance, won the Nautilus Award. Her short story collection, Vanishing (2020), won the Leapfrog Press Fiction Contest. Sinking Islands (2021) continued and expanded the story started in Weather Woman. Remarkably, she wrote her novel Unleashed after the onset of ALS symptoms, and lived to see its publication, along with her final novel Livid, both in September 2022. Hours before her death, she sent a new novel to her agent.

Diagnosed with bulbar-onset ALS in February 2021 by Dr. Nizar Chahin at Oregon Health Sciences University, he told her “only nice people get ALS.” A week after her diagnosis, she married her treasured partner of many years, Paul Calandrino, who cared for her tirelessly in her final years. She remained who she was—nice, yes, though also funny, brave, incisive, optimistic, joyful, devoted and creative—as her body gave out. She made new friends through the local ALS Association and beyond.

Cai generously recounted her ALS journey through her blog, sharing intimate and powerful essays about feminism, death, disability, and the writing process. In her final years, she spent precious time with Ben and Paul, dear friends, and her sisters and their families. She did hot yoga, kayaked, swam, hiked, and walked up until the very moment she could not. “I wanted to devour the world,” she wrote, “do it all, even with the end in sight.” She fell with regularity in her last months because she was stubborn in her wish to move independently. She accepted help reluctantly at first and then with grace.

Along with family and friends, Cai leaves behind countless students. She began teaching in the earliest days of her career at Hammonasset in Connecticut. She taught creative writing and film at a number of institutions, including the University of Oregon for nearly two decades in the 2000s. Her talents were often diminished in an institution that valued tenure above all else. Her students, however, recognized what a treasure she was and many remained steadfastly in touch until the day she died.

Cai was born on January 15, 1951 in Boston, Massachusetts. Her parents, Judith Reed Emmons and A. Bradlee Emmons, instilled in her a love of literature, an anchor in family and community, and a sense of justice. Her mother served as a “Donut Girl” during the second World War, and taught her three daughters to value independence, adventure, and courage. Her father, who worked as a publisher for Little Brown, believed deeply in her creative ability. The middle of three sisters, Cai deeply valued family connections, fun, and extending her circle to include friends and acquaintances. As a young adult, she hosted her sisters, Ebe Emmons and Patty

Emmons, for “Kids’ Christmas” weekends in early December to celebrate their connection, and as a mother her house became home for crowds of toddlers and teens over the years as her son grew up.

Cai was a 1969 graduate of Lincoln-Sudbury High School. She spent her junior year of high school in Cheshire, England. She was a studious child, and interested in drama beginning in her teens. Cai majored in psychology and drama at Yale University in the first class to admit women as freshmen and graduated from Yale in 1974. She attended film school at Tisch School of the Arts at New York University, graduating in 1981. As a film student, she won a student Academy Award for her thesis film A Man Around the House. Cai lived and worked in the film industry in San Clemente, CA from 1991 to 1996. In 1992, her son Ben was born to Cai and her first husband, Richard Howorth.

As an elementary school teacher told her parents, “Caroline is an instigator!” Cai proudly bore this title, determined to fight against sexism. In the 1970s, she organized and protested in defense of access to abortion. Emmons’ ever-changing and broad writing bears testimony to a profound love for people and human connection, an acute attention to the internal lives of women, a constant curiosity about the world around her, and hope in our ability as people to set the world to rights.

In Cai’s memory, her family asks that you buy her books from independent bookstores and donate to the ALS Association and the research efforts of Dr. P. Hande Ozdinler at Northwestern University. Cai would urge you to fight for Right to Die laws in your state, watch Rachel Maddow, and “sniff the glorious world” as she did until the very end.