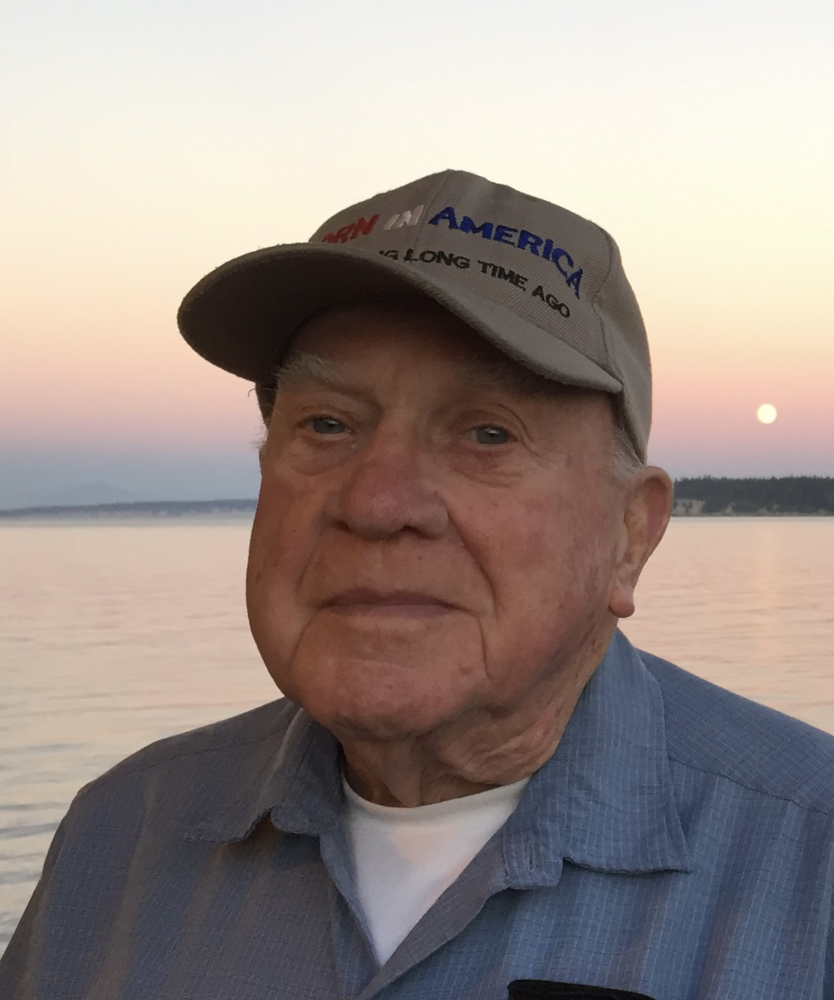 Robert (Bob) Van Buskirk was born September 18, 1921 in  Berkeley California to Anna Eva Mack and Longwill Van Buskirk.  Bob passed away on December 27, 2022 at the age of 101.  He is survived by his wife “My Beautiful Suzie” Susan Liles, 3 children  Janice Branchini, George Van Buskirk,  Albert Van Buskirk  and many grandchildren and great grandchildren.  He is preceded in death by 2 sons, John Mark Washburn and Robert Van Buskirk Jr.

Bob served in the Navy during WWII in the South Pacific. After the war he returned to work for Western Electric and later Pacific Telephone and Telegraph. He was active in the Telephone Pioneers of America and a long time volunteer for hospitals in Oakland ,CA and later in Newport,  OR. Bob was a member of Veterans Of Foreign Wars and American Legion.

Bob and his first wife of 53 years Bernice Van Buskirk lived in Oakland, Ca and Newport, OR. They moved to Eugene, OR where Bernice passed away in 2004.
In 2008 he married his “Beautiful Suzie” and traveled around the globe. Bob continued  to be active by volunteering at Eugene Textile Center building tools and working on looms.  He was famous for his oatmeal raisin cookies. Sailing was one of Bob’s lifelong passions sailing in San Francisco Bay. He enjoyed a sailing trip to the Caribbean at age 93.
There will be a Celebration of Bob’s Life on February 4th 2023 1:00pm, at Eugene Textile Center, 2750 Roosevelt Blvd, Eugene, Or 97402.

To send flowers to the family or plant a tree in memory of Robert Van Buskirk, please visit Tribute Store