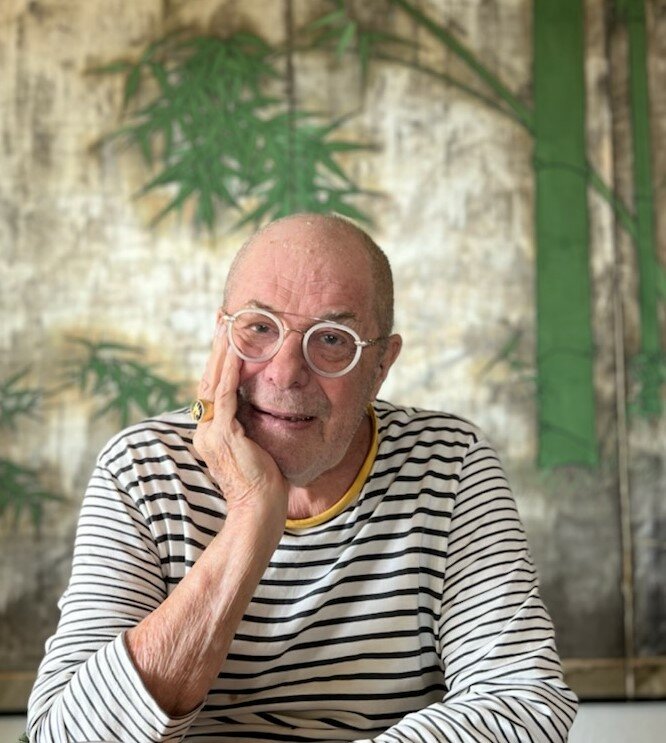 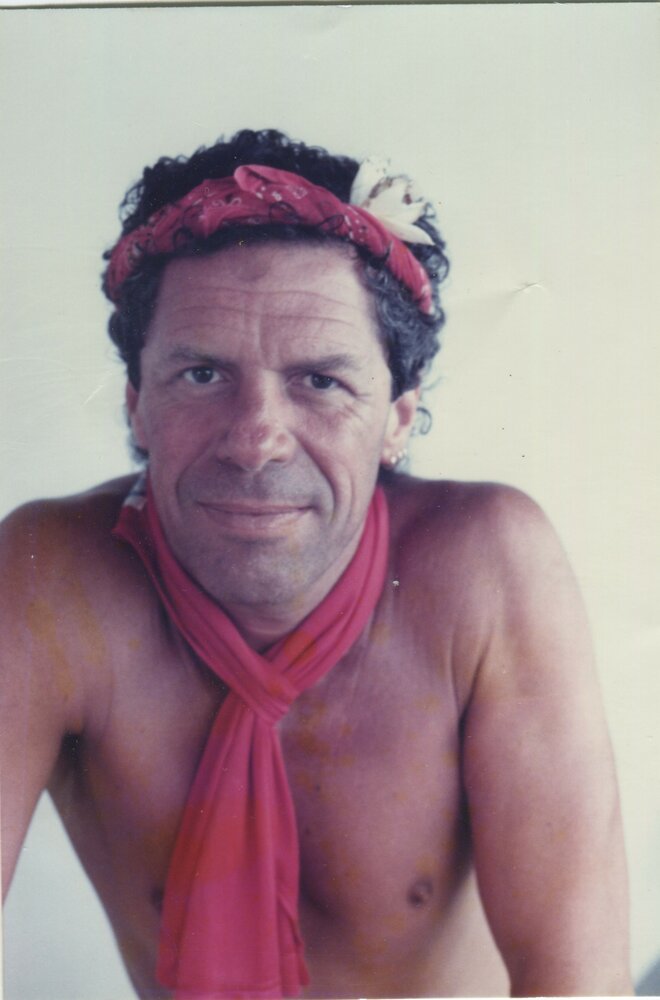 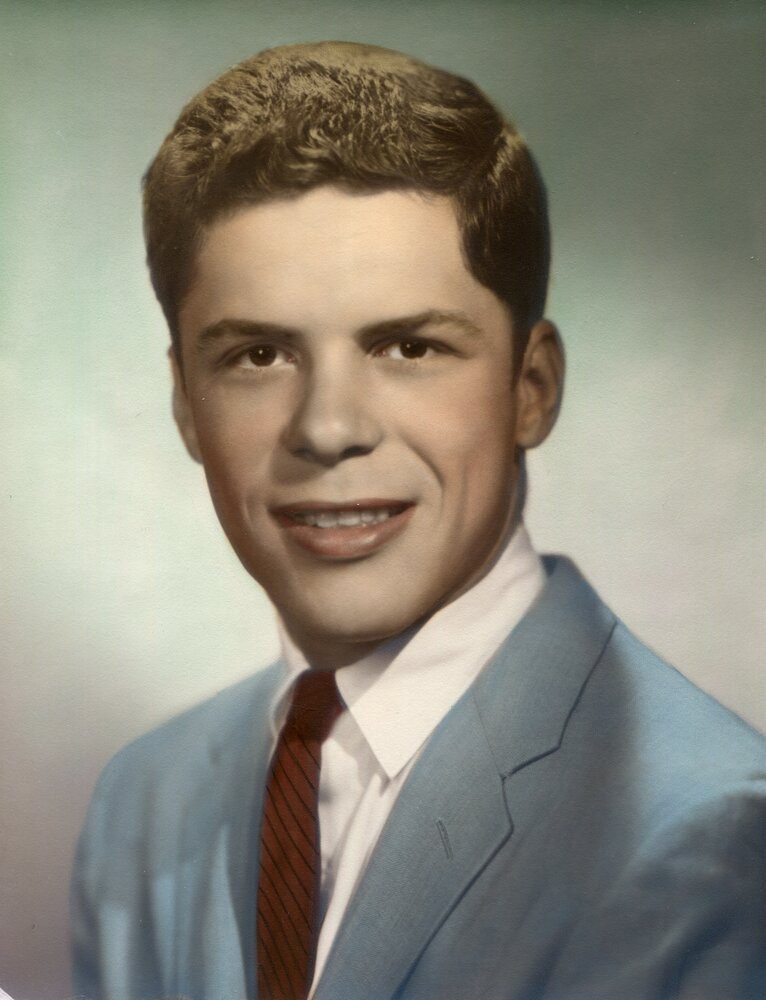 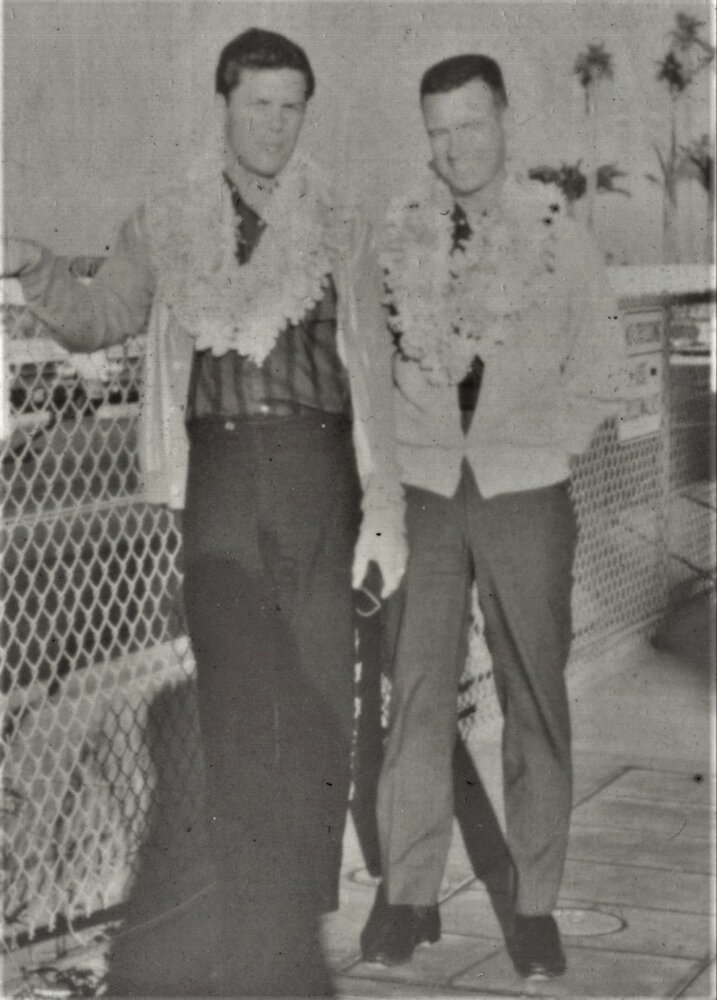 Robert (RJ) Hoyman "flew over the rainbow" in his words, on November 22, 2022. He passed away peacefully in his sleep after a life filled with adventure and pleasure. He was much loved and will be much missed by many friends in many places.

RJ was born on November 6, 1940, to Helen E. (Huffman) Hoyman and Howard S. Hoyman, and lived in Eugene most of his life.

Philosophical and an early riser from childhood, RJ often told the story of the time when his mother found him quietly staring out a window as the sun rose. When she asked what he was doing, he responded, "Contemplating the morning." RJ was a sensitive boy who knew he was gay from an early age. He reflected with gratitude on his mother's love and encouragement to be himself, in a time and place when that was exceedingly rare.

RJ graduated from South Eugene High School in 1958. In the summer of 1960 when he was 19, RJ was at a party where everyone was talking excitedly about the anticipated arrival of someone he'd never heard of. But when Don Orchard arrived, the two connected immediately. That night, they left the party together and were life partners for the next 46 years until Don passed. As it turned out, Don, almost 11 years RJ's senior, was the scion of a wealthy, conservative family with a long history in Eugene's business world.

Don and RJ were actively involved in every detail of designing the elegant mid-century modern home they built at the foot of Hendricks Park. Over the decades, they entertained often and filled the house with treasures from travels around the world. From 1975 to 1981, the couple lived part-time in San Francisco during the height of its centrality in the international gay world. But their special place was Hawaii, which they first visited when Don took RJ there on vacation in the early 1960s. When he stepped off the plane into the flower-perfumed air, RJ announced "I love it here and I never want to leave!" They continued to visit Hawaii and, eventually, in 1985 bought a beautiful second home near Diamond Head in Honolulu, where for many years they spent winters on the beach there, returning to Eugene each spring.

After Don fell ill, they sold their Hawaii home and returned to Eugene full time. RJ, who had attended the Lane Community College Licensed Practical Nurse (LPN) program, drew on his work experience and devotedly cared for Don until Don’s death on March 12, 2006. Eventually, RJ returned to visiting Honolulu for the winter months. In 2013, RJ's revived adventurous spirit led him to move to a Portland apartment with a spectacular view of the river and Mount Hood -- a perfect spot for contemplating the morning. He continued to split the year between Oregon and Hawaii until his health began to decline in spring 2021. Amid a series of hospitalizations, he was able to stay mostly at home due to the compassionate assistance of staff at Pegasus Care Agency, A Place To Call Home, and Legacy Health Hospice Services.

RJ was one of a kind. He made a memorable impression on pretty much everyone who met him even briefly. Outgoing, outrageous, charismatic, generous, fun-loving and filled with endless opinions and fascinating stories, he lived life to the fullest on his own terms. RJ loved the color red in everything from shoes to cars; in recent years he was annoyed that his longtime signature red baseball cap could be mistaken as support for right-wing policies, which he frequently eviscerated in political discussions. He delighted in laughter, delicious food, beautiful clothing, and all kinds of indulgence. RJ made many lifetime friends, each and every one so very special to him.

RJ's thoughtful, serious streak also continued through his life, evident in his interests in spirituality, psychology, and philanthropy. During the past ten years, RJ found great satisfaction and joy in making major donations to progressive educational, social, and political causes. Reflecting on his experiences of anti-gay bullying as a child and teen, and the challenges he and Don faced as a couple, he was amazed by the legal and social changes that had taken place during his lifetime. Aware that nevertheless many young people still face great hardship due to bias, he became a benefactor in support of the local LGBTQ+ Youth Group for teens, and funded more than 50 annual scholarship awards to assist LGBTQ+ and first generation college students at the University of Oregon. RJ also established and funded more than 20 full-ride scholarships for LGBTQ+ students attending Lane Community College.

RJ's legacy to Eugene includes his most recent project, which was especially close to his heart, the RJ Hoyman LPN Nursing Scholarship at Lane Community College. RJ often recalled from his time at LCC that the LPN program was much more difficult for his classmates with fewer resources, many of them juggling single parenthood with education. Still admiring their grit and determination, he hoped to assist similarly situated students today.

RJ was proud of the students he was able to help, and, even in his last days, RJ found comfort and meaning in reading the letters they’d sent to share their future plans and their commitment to making a positive difference. Oftentimes while on the beach in Hawaii, he would read the letters aloud to friends to convince them of the value and rewards of philanthropy.

Memorial contributions may be made by donating to LCC's RJ Hoyman LPN Nursing Scholarship. For more information, please contact (wendy@laneccfoundation.org) or go www.lanecc.edu/about-lane/foundation/ways-give. At RJ's direction, there will be no service and his ashes will be scattered in the ocean at his beloved Honolulu beach, where he can now play forever.