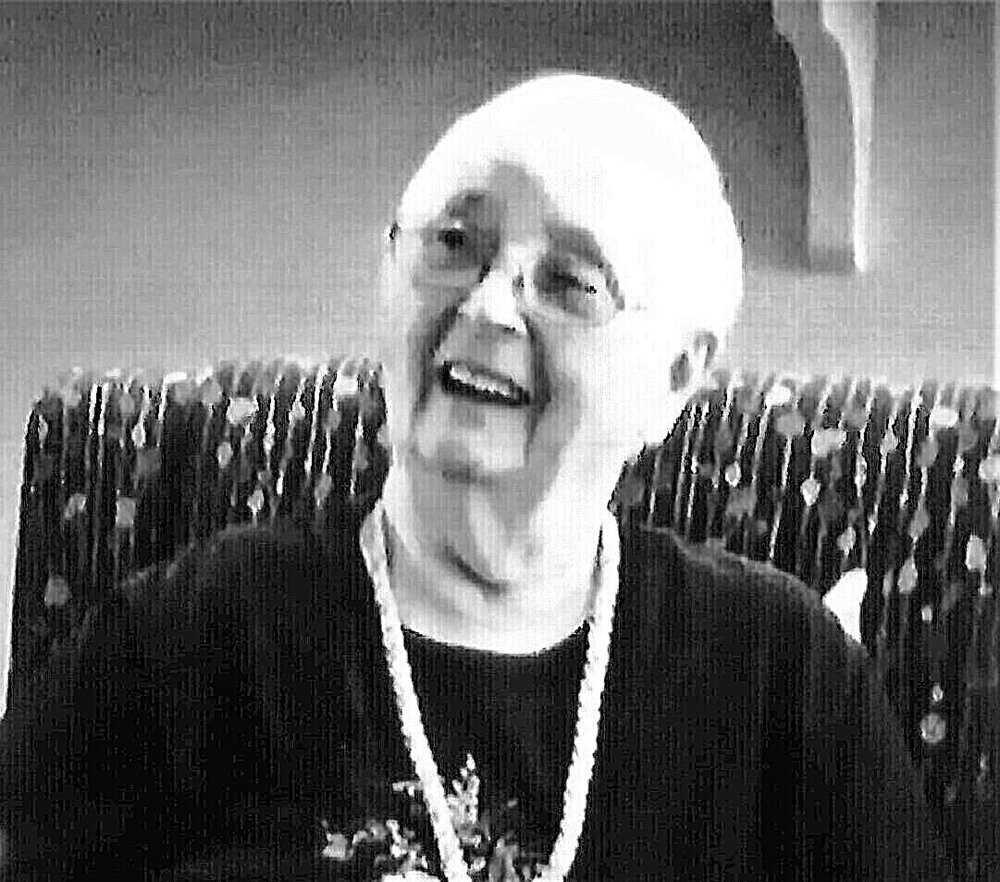 Ordella (Odie) Curin born to Dollie and Benjamin Harrington on October 20, 1932 in Elmira, OR. She was a lifelong Elmira pioneer resident, the youngest of 5 children. Her grandfather and great-grandfather helped to build the Elmira Grange and the Oddfellows hall in Elmira; something that made mom very proud.

In 1948, at the age of 18, she met our dad, Bob Snyder at the Veneta movie theater where he tossed popcorn her way till he got her attention. They dated for 2 years then married at the Elmira Church of Christ in 1950. When he was drafted into the Army, she continued to live with her parents until she graduated high school in 1951.

In high school, she was a very athletic and competitive gal, wearing her letterman's jacket proudly with all the stripes, pins and letters with the nickname "Pee Wee" across the back. She played soccer, baseball, track, volleyball, and was a member of the pep team, the Girls Athletic Association, 4H, Girl Scouts, and Future Homemakers of America. She was a majorette, who marched with the high school band. Odie also worked in the high school office, took bookkeeping and shorthand.

After Bob’s discharge from the Army, they bought a piece of land next to Grandma and Grandpa and built a house. It was slow going because of the long work hours that Dad had in his logging business where Odie worked as a bookkeeper for many years.

They had three daughters; Karen, Mary and Susan. While they were growing up, Odie was a homemaker and was remarkable at stretching any budget thrown her way, especially the food budget! She and Grandma Dollie raised chickens so we always had eggs and when it came time to slaughter, Odie did that too! She also didn't like moles in the yard, so many times we'd see her running for the house to get the gun; a natural “Annie Oakley” some said, because she was a good shot!

She was our protector. She kept us warm by chopping wood till her girls were old enough to swing an ax. She made our school clothes, and canned any bit of food she could russell up. Most of all, she raised her girls to work hard, stretch that dollar, be independent and stick up for what we believe in.

Bob preceded her in death in 1978 after 28 years of marriage. Afterwards, she began to carve out a new life for herself and became very involved with swimming and bowling, receiving many awards and pins over the years. She also became very involved with newer technology, becoming the first grandma in the area to invest in the newly released Nintendo gaming system. She excelled at games like Super Mario Bros. and Zelda.

She knitted & crocheted many throws, caps, slippers and the like over the years for family and friends. Along with her sister Edith, Odie sewed and donated many Raggedy Ann and Andy dolls for charity.
About 15 years after Bob’s death, Odie joined the local Neighborhood Watch, volunteering many hours with her sister Edith, where she met her current husband, Ron Curin.

After a few years, they were married on Edith’s birthday in 1995.
Ron has 3 grown kids of his own; Richard, Chris and David, and Odie was delighted to finally have the sons she always wanted.

Odie passed away on Dec. 26th, 2022 at the age of 90, just 27 1/2 years after marrying the love of her life. She is survived by her loving husband Ron, her three daughters, Karen Faust, Mary Long (Roger) and Susan Sihock (Mike). She has 4 grandchildren: Brandy (Adam) Clark, Lacee (Ryan) Perry, Andy (Jessica) Long and Joel (Destinee) Long; 5 great-grandchildren: Ashley (Jake Johnson), Grayson Clark, Ethan Clark, McClayne Barker and Logan Long. She is also survived by her husband Ron's children, Richard, Christine, David and their families.

She will be missed without measure and always with us, guiding us in ways we don’t understand. A graveside service will be held at Lane Memorial Gardens on Friday, January 6, 2023 at 2pm. Afterwards, please feel free to help us celebrate Odie’s life with refreshments and stories at the Veneta Community Center, located at 25192 E Broadway, by the swimming pool. In Lieu of flowers, please donate to your favorite charity. If you are not able to gather with us at the community center, you can sign the guestbook online and access the obituary at www.musgroves.com.