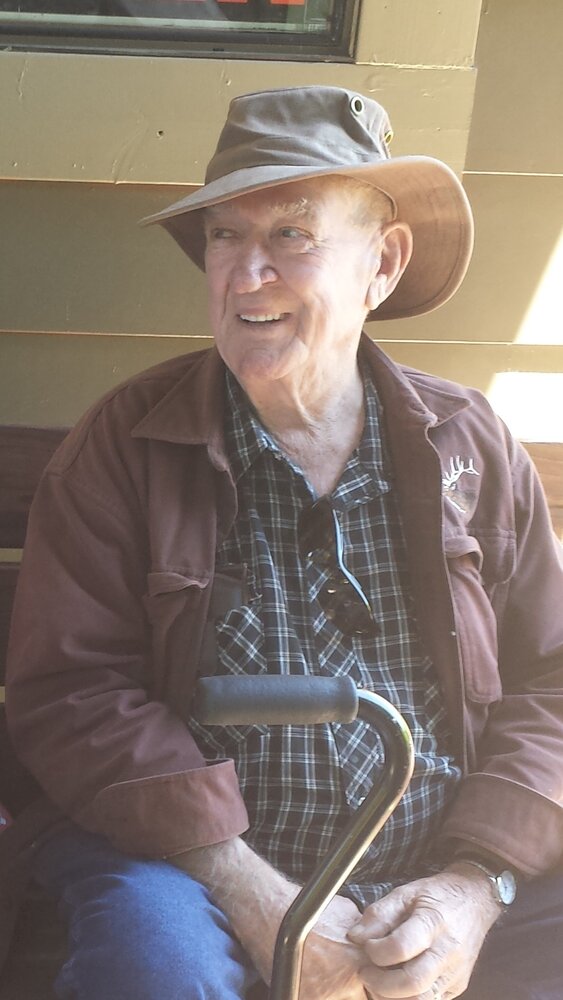 Duke Miller of Springfield, Oregon passed away Nov. 28, 2022 at the age of 93.  Duke was the eldest of three sons of Martin and Violet (Hardy) Miller, born July 17, 1929 in Lake City, Iowa.  At six months of age his family moved to southern Minnesota.  The family moved frequently and Duke attended several elementary schools, near Fulda, Dundee, and Iona, Minnesota.  He attended high school at Slayton, and Evansville, Minnesota where he graduated in 1947.  In 1949 while working for the University of Minnesota Morris, Minnesota he met Violet Ilene Wevley, and they were married the following March.  They worked at several jobs in Minnesota until the lure of the west brought them to the Springfield area in 1952.  The couple had two children, Steven Miller of Redmond, Oregon, and Jackie Lynn Weaver of Marcola, Oregon who survive Duke as does Darold’s younger brother Dallas and his wife Marilyn of Overgaard, Arizona.  Violet, his wife of 41 years, passed away in 1991.  Duke worked as a bridge carpenter for the Lane County Bridge Dept. from 1952 to 1954 when he accepted a position of maintenance/bus driver with the Springfield Oregon School District.  In 1972 he was appointed Supervisor of Pupil Transportation, a position he held until an early retirement in 1979 after 25 years with the District. Duke was a past member of the Springfield Elks, the La Pine Moose, the Parker Eagles, the Springfield Rotary, the La Pine Lions, and a member of the Sons of the Legion Post 45 of La Pine.  He was a lifelong Lutheran, and on occasion visited many other churches.

Duke and his wife, Violet, then moved to La Pine, Oregon where he had a home wood working shop building small furniture items using native blue and buggy pine plus doing other occasional labor for Woodmark Contstruction.

Duke had a great love of the outdoors and had an adventurous nature.  He was a frequent contributor to the La Pine Newspaper under the title of “The Sportsman”.  He enjoyed gardening, backpacking in the high lakes, fishing and camping especially with his family and leading campfire sing-a-longs with his guitar. He also enjoyed hunting of all kinds from pheasant to moose, rock hounding and just about any adventurous activity. He relished camp cookery including being the camp cook for large hunting parties.

In 1991 following the passing of his wife Violet, he spent most winters in the Parker, Arizona area and the summers in La Pine.  In 2003, Duke met Marlene Knight and the two were married in Parker, Arizona on her birthday in April of that year.  The two continued to live in the Parker area during the winters at their home at Bermuda Palms Resort, and spent the summers at the Lazy L Resort in Overgaard, Arizona until returning to Oregon in 2013 making Springfield their home.  Duke was preceded in death by his wife Marlene in April of 2022.

Duke will be interred with his first wife, Violet, at the La Pine Cemetery in La Pine, Oregon.

To send flowers to the family or plant a tree in memory of Darold Miller, please visit Tribute Store