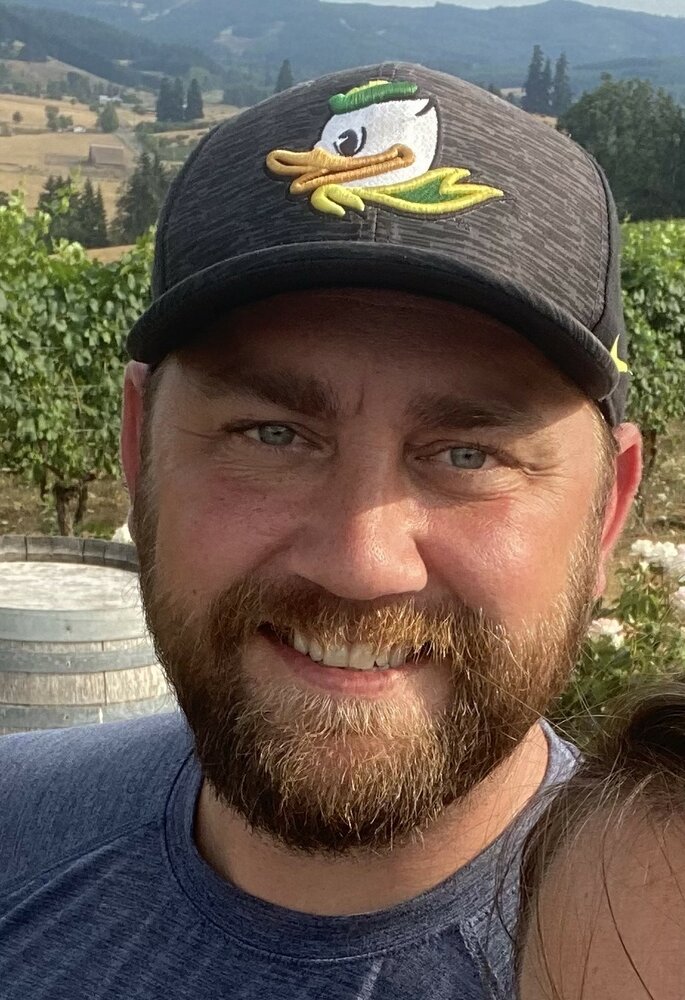 Christopher Jenson, 37, passed away December 5, 2022 after a sudden illness in Springfield, Oregon. He was born December 30, 1984 to Wayne and Renee Jenson in Eugene, OR and was one of four children. On July 30, 2011, he married his high school sweetheart Katelynn Bell and became a beloved part of the Bell family. He was the best son-in-law to Randy and Debbie and a blessed sibling to Jennifer and Ryan. Chris spent almost fifteen years working at Attune Foods, before deciding to become a full-time stay-at-home father to care for his three adoring children.

Chris was very involved in his kids schooling and sporting events, and he loved to play Pokémon with his kids. He treasured his weekly walks with the family at Ruff Park and Clear Water Landing as they looked for rocks on the way. He enjoyed camping and watching football on weekends. Chris was also an avid Traeger BBQ extraordinaire and he grilled the best steaks, briskets, ribs. and bacon wrapped weenies. He would share his love of cooking with his kids as family time was really important to him.

Chris's legacy is his endless love for his family and friends. He will always be remembered as a loving father and husband. In the words of his loving wife, “Chris lived his life caring immensely for his family and those around him and he is terribly missed and will never be forgotten.” And in the words of his kids, he was simply, ”an awesome Dad.”

Survivors include his loving wife Katelynn; his 3 children,  Jacob, Jocelyn, and Joey; his father Marvin Wayne Jenson; his mother Renee Jenson; his brothers Johnathan and Michael Jenson; and his sister Ashley Jenson.

In lieu of flowers, a GoFundMe account to help the family has been set up at https://gofund.me/c279bcc3. A Celebration of Life will be held and announced at a later time.