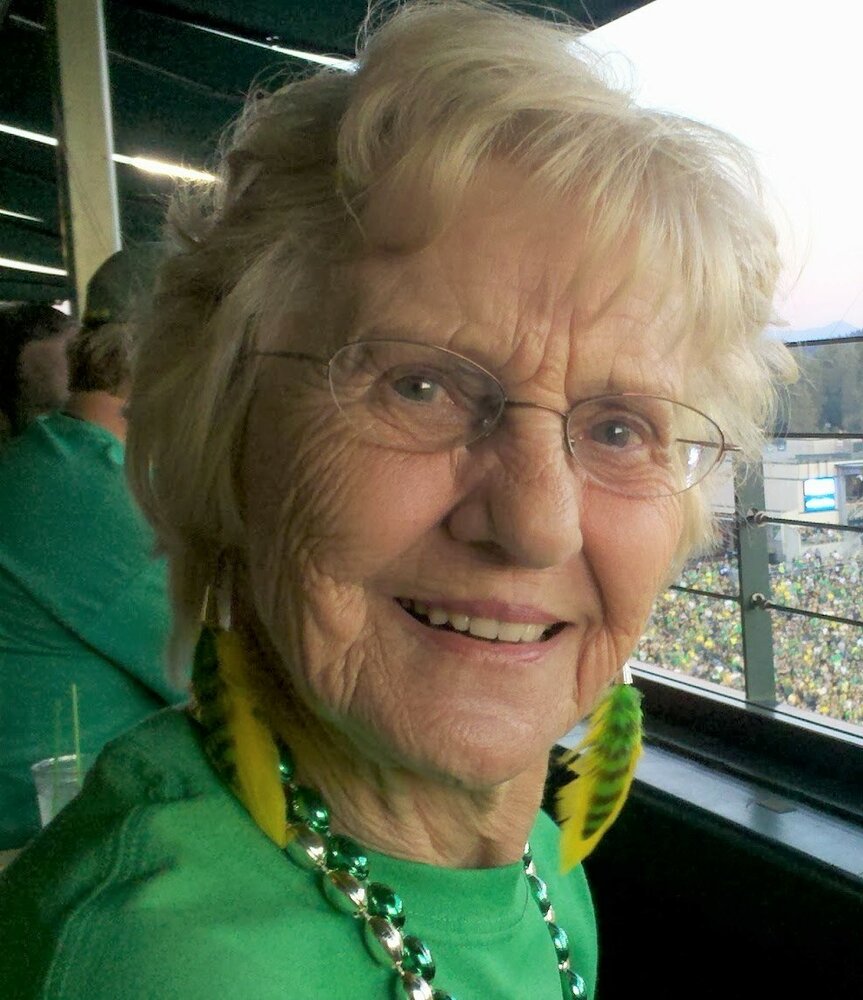 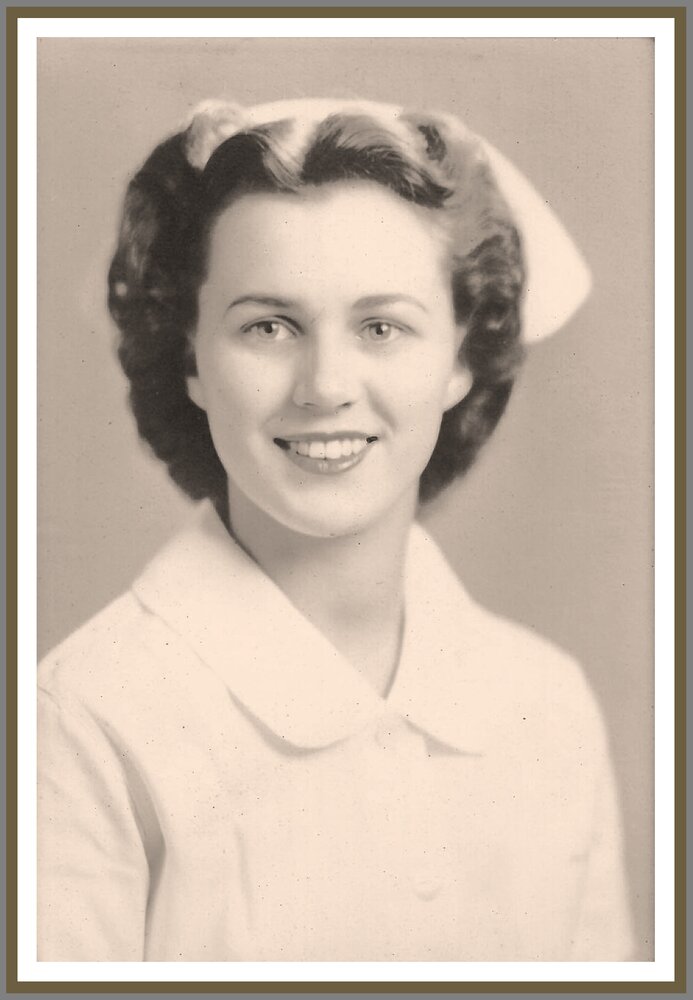 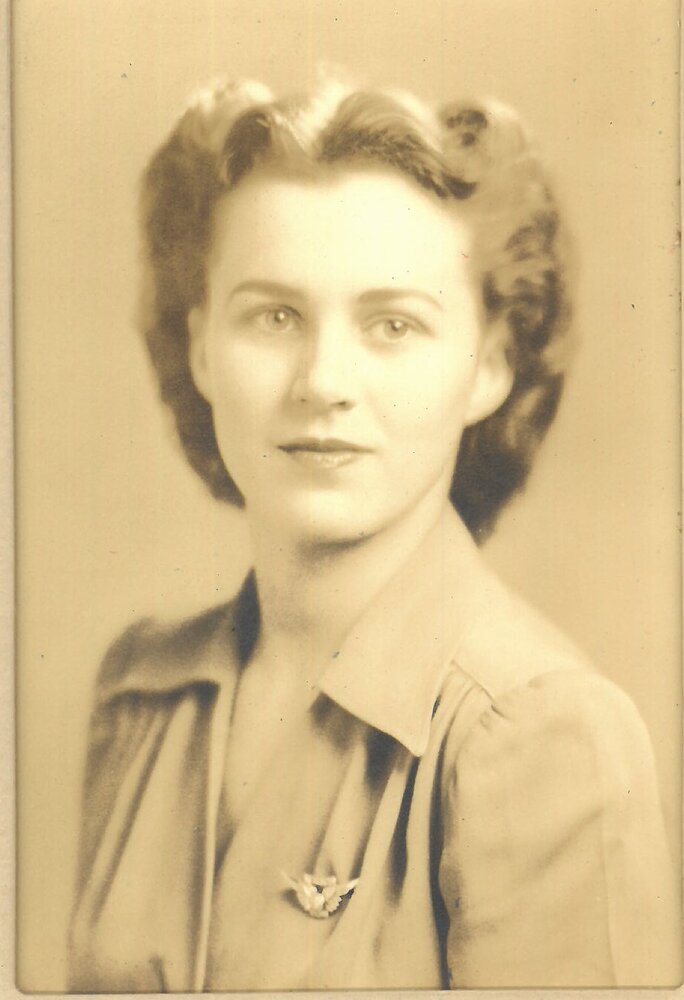 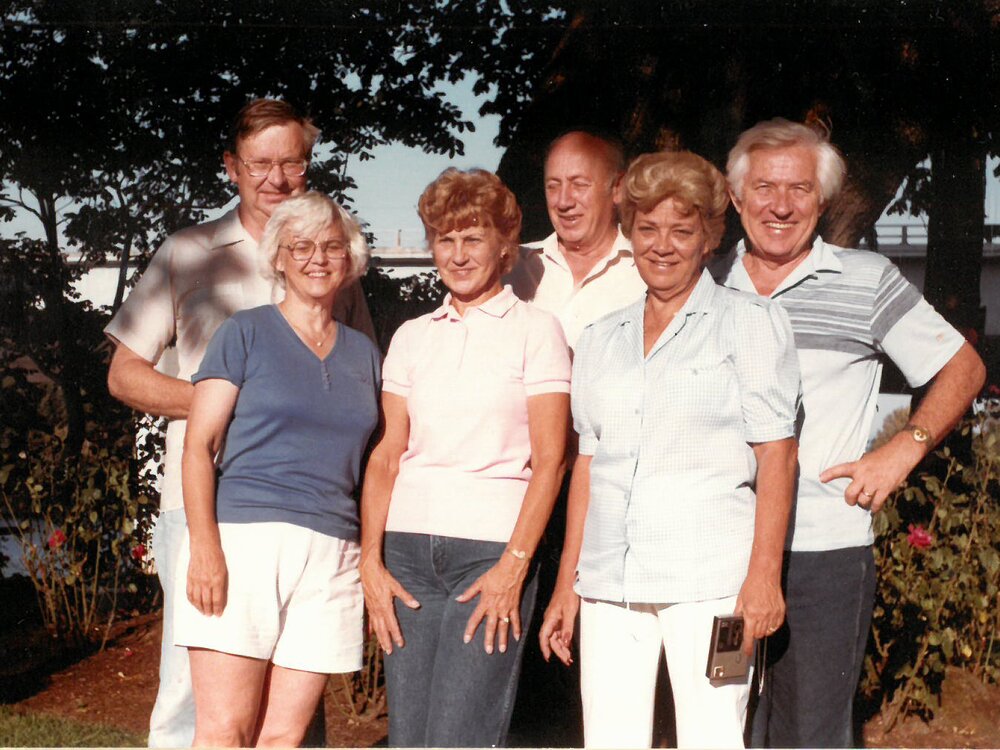 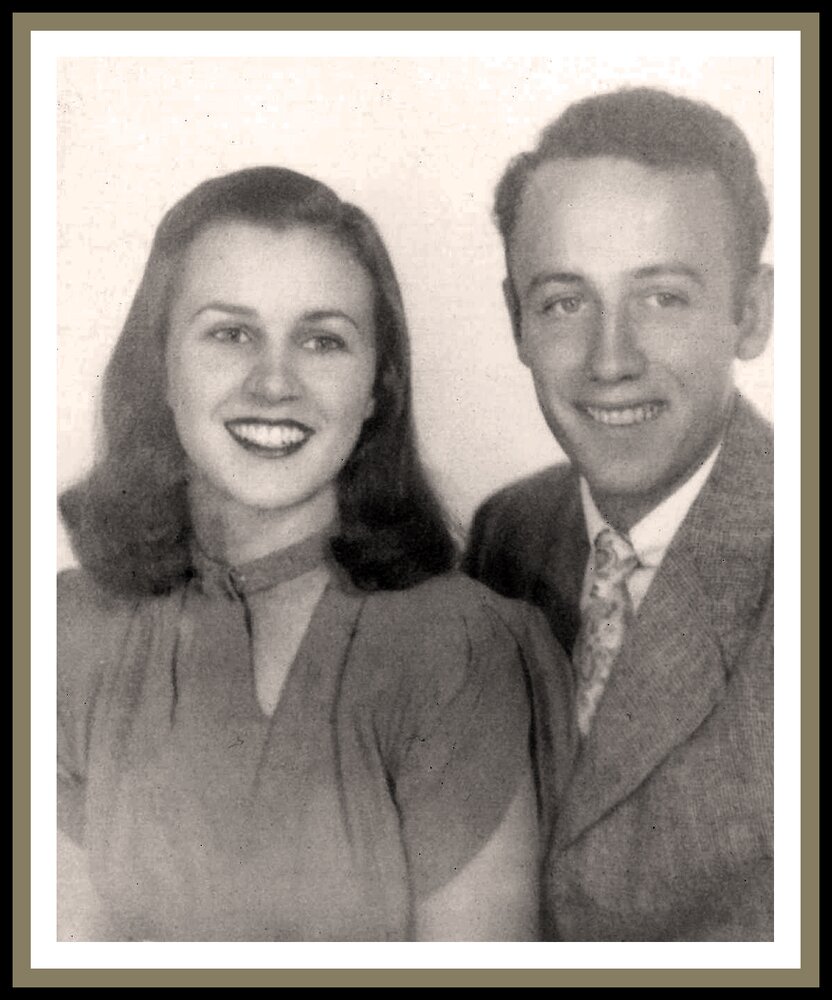 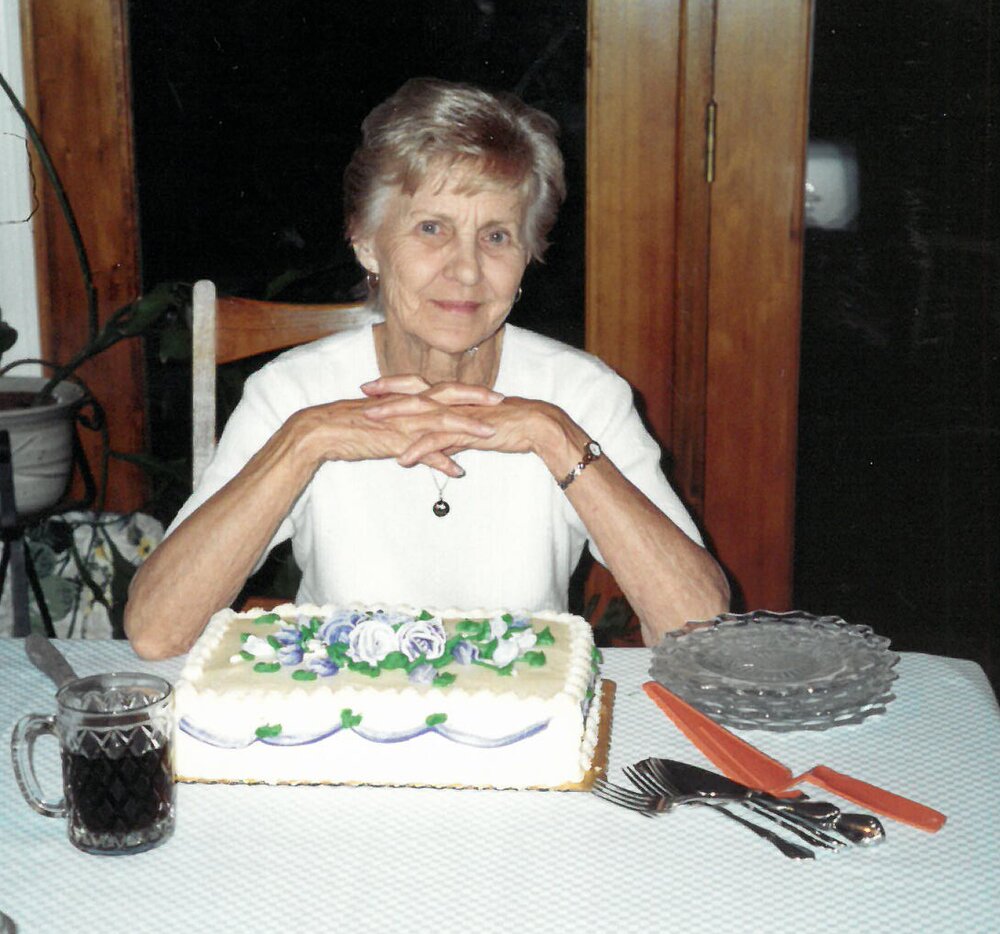 Bessie Ellen (Horne) Brock went home to be with her Savior, Jesus on Friday, November 25th 2022. She was 97 years old.

Bessie was born on May 22nd, 1925 in Farmington, Washington to Glenn and Ellen Horne. Early in her life the family moved to Blue River, OR where her father ran a logging company and later a gas station. Bessie and her sisters Edith and Lucille had a pet deer that they loved dearly.

After serving in the Cadet Nursing Corps during WWII, Bessie met her soulmate Vernon Brock back home in Oregon. The two were soon wed and moved to Springfield in 1947. She and Vernon owned and operated a general store in Blue River for 8 years which was once even patronized by Clark Gable. In 1951, Bessie gave birth to her only son Steve.

After selling the store in Blue River, the Brocks moved to Springfield where Bessie worked in a local doctor’s office until her retirement in the late 80s.

In retirement, Bessie volunteered as a SMART reader at local schools.

She was a devoted grandmother to her granddaughter Kirsten.

Bessie was preceded in death by her parents Glenn and Ellen, her sister Edith, and her beloved husband Vernon.

Survivors include her sister Lucille Davis of Eugene, her son Steve (Kris) Brock of Veneta, and her granddaughter Kirsten (Tom) Albright of Junction City.

A public memorial service is planned for January 8th at 2:00PM at First Baptist Church of Eugene in the Garden Room.