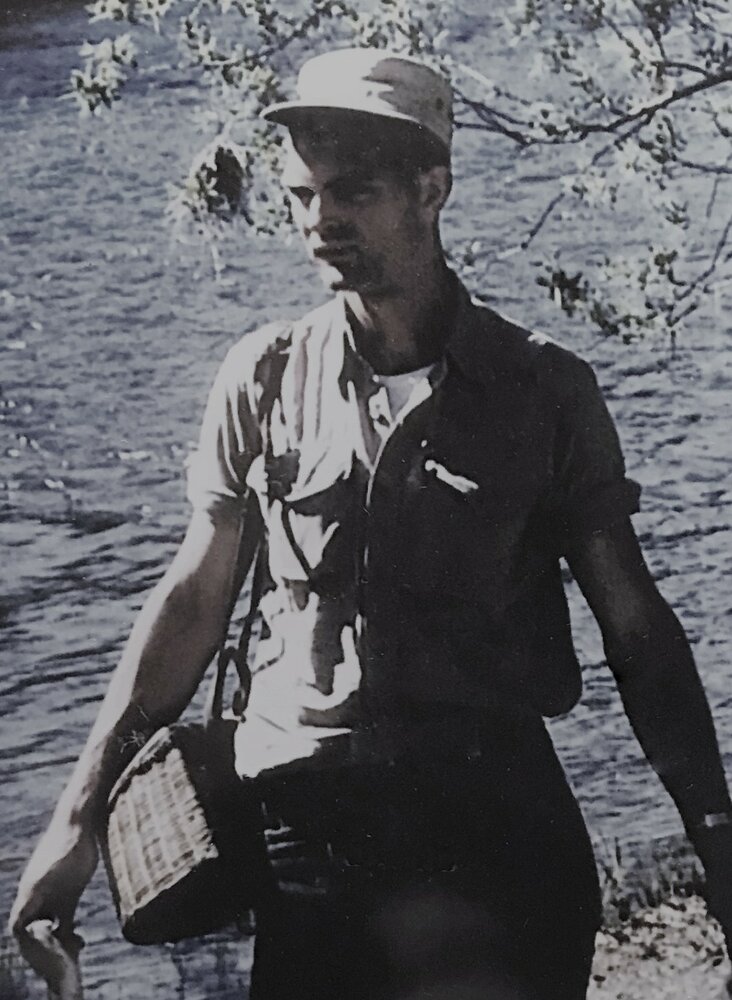 Harley Eldon Case, an Alvadore, OR, resident for 65 years, passed away peacefully at home on December 2, 2022, aged 93. He was predeceased by first wife, Coreta (1983) and second wife, Patricia (2015), and is survived by three daughters, Cynthia, Lisa and Susan, four grandchildren, and one great-granddaughter.
Eldon grew up in the Siletz, OR, area, developing a love for the outdoors and stream fishing. He served in the US Marine Corps in active duty during the Korean war.  Upon return, he worked in logging and then for Weyerhaeuser as a surveyor for 34 years, while working the cattle ranch near Alvadore until he fully retired at the age of 91. He will be best remembered for his big laugh, story-telling, singing to the cattle and enjoyment of driving the John Deere tractors.
In lieu of flowers, the family is requesting that any donations be made to Shriners Children’s Portland, which helped enable Eldon to recover from bone cancer at 17.
A family graveside service will be held at Mt Calvary Cemetery in Eugene on December 19th, at 1 pm. Arrangements are entrusted to Musgrove Family Mortuary. Please access the obituary and you are invited to sign the guestbook at www.musgroves.com.