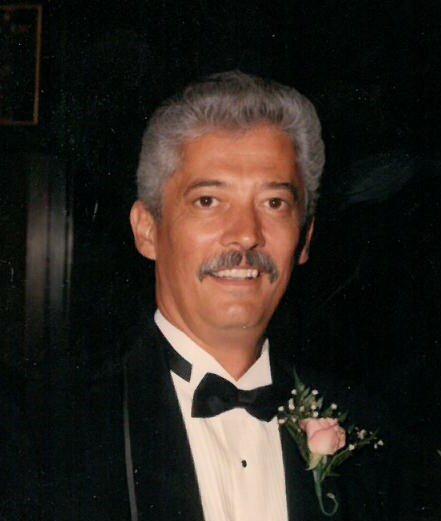 Gino was the last of the founding four of the Barbisan family. This was a well-known clan within their community for their hard work, dedication to family, God, and charitable acts along with some legendary antics.
Gino was born in Aberdeen, WA on March 2, 1939 to Italian immigrant parents Pierinna and Vittorio Barbisan, joining a brother Carlo and sister Giovanna and later baby brother Bruno.  The family moved to Eugene in 1944 where  Gino attended St. Mary’s grade school and St. Francis High School.
Gino joined the National Guard prior to enlisting in the U.S. Navy in 1956.  After attending boot camp in San Diego, he went on to Radio Operator School and was then transferred to a submarine tender the USS Sperry.   He served two years at Pearl Harbor under COMSUBPAC.  This was followed by one year on the USS Navarro stationed out of Long Beach where he was honorably discharged in 1960.  Gino looked fondly upon his naval service and experiences.   Upon returning from the Navy Gino was employed by the Eugene Police Department until 1965, which was followed by a brief stint as an insurance adjuster before moving on to join his brothers in the financial services industry as a stock broker. He retired in 1992.
Gino spent time nurturing his relationship with his daughter Theresa who was given up for adoption when Gino was a young sailor. Theresa and Gino made up for lost time with a lot of shared love. They bonded over their mutual love of Hawaii, like minded sense of humor, and the joy it has brought the rest of the siblings getting to know her over the years.
Gino was married to Paula Christy having one son, Tory Gino.  Tory joined a half-sister Tara and half-brother Troy.   Paula and Gino later divorced.  Gino was a devoted and loving father treasuring the years he raised Tory as a single dad.
Gino and Norma met in 1985, having been introduced by Norma’s lifetime friend Cheryl.  Gino married Norma Johnson in 1989 at St. Jude’s Church. They blended their family of Tory, Tate and Kara Johnson.
Hawaii was one of his favorite vacation destinations.  He and Norma also enjoyed traveling in their motorhome from Canada to Baja, visiting many National Parks.   They frequented motorhome trips to the Oregon coast and Gino especially loved fishing on the McKenzie River on a warm sunny day.
Gino is first generation American who has always been very proud of his Italian heritage.  Gino’s lifetime dream to visit Italy came true in the early 2000’s.….where he and Norma enjoyed meeting several of his family members and exploring his parents' roots.
Gino will be remembered for being a loving and devoted husband, father and stepfather.  He adored his grandchildren Jacob, Alex, Anthony and Patricia, and loved participating in their lives and teaching them all of his tricks.  Precious great grandchildren Karalyn and Oliver Tate also joined the crew.  Gino was a friend to many and especially enjoyed his close-knit St. Francis classmates, having many reunions throughout the years.
Gino will be remembered for his lively spirit and having a loving nature.  He was a gentle soul, yet never backed down to injustice. He never knew a stranger and captivated people with his colorful stories and antics. Gino learned to make risotto from his mother and it will always be a family favorite as he bestowed this knowledge on son Tory, and fellow Italian and son in law Michael.
Gino was an avid photographer and collected many cameras and thousands of photographs.  He was an accomplished athlete throughout his life and enjoyed playing many sports including football, baseball, boxing in the Navy, tennis, golf, and was an “A” racquet ball player. He was a member of the Eugene Downtown Lions Club for the last decade and enjoyed portraying Santa Claus at their “Breakfast with Santa” over the years.
Gino is preceded in death by his parents Vittorrio and Pierinna Barbisan, his brothers Carlo and Bruno and Sister Giovanna, and step son Tate Johnson.
Surviving family are: wife of 33 years Norma, son Tory, daughter Theresa, stepchildren Troy, Tara, and Kara (husband Michael),  grandchildren Jacob, Alex (wife Emily), Anthony and Patsy,  great grandchildren Karalyn and Oliver Tate. Many cousins, nieces and nephews will feel the absence of their uncle Gino.
The Celebration of Life for Gino will be held December 6 at 10:00 a.m. at St. Jude’s Catholic Church, 4330 Willamette Street, with reception to follow.
In lieu of flowers, the family requests donations may be made to the Eugene Downtown Lions Club, Dogs for the Deaf, or the Life Change Program at the Eugene Mission.
Arrangements entrusted to Musgrove Family Mortuary. Please access the obituary and you are invited to sign the guestbook at musgroves.com.