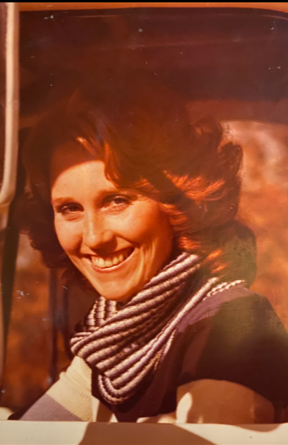 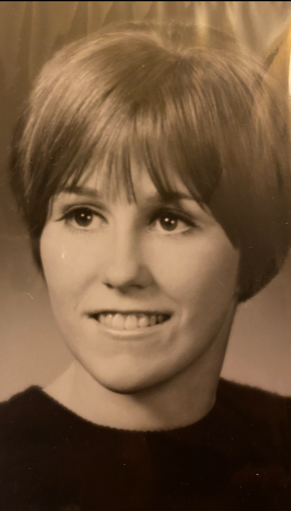 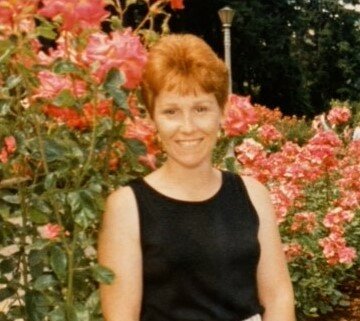 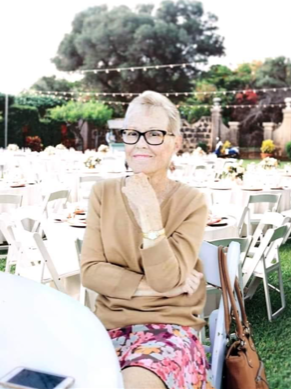 With a flash of bright red hair, Karen Lillengreen ignited her world and our family with optimism, humor and love.

Karen was born in Portland, Oregon, the middle of three daughters, to H.B. and Carol (Williams) Hawkins.

Her ‘place card’ in the family was as the mischievous, impish child who could be so very naughty but often escaped the consequences because everyone was snorting with laughter. (At least her parents were.)

The Hawkins family moved to Eugene in 1961 where Karen graduated from Sheldon High School in 1970. She married at 16, and although the marriage didn’t survive, the most excellent outcome of their union were two beautiful daughters Dena and Amy.

In 1977 she was working in the business office of Monaco Motor Homes in Junction City when she met Dan Lillengreen. He was recently out of the Army, working at Monaco, and a little on the shy side. She caught his eye, he immediately bought the house he was renting, and proposed. They have lived on the same Junction City acreage for more than 43 years.

Karen and Dan decided to add excitement to their daughters’ lives with the addition of sons Adam and Erik. The couple followed their children’s activities enthusiastically and supported them when they pursued sports and the arts, careers, marriages and families.

Karen worked primarily in various retail positions that she could more easily coordinate with school schedules, but her ‘dream’ job after the children were raised was working at the Eugene Airport in the gift shop. She said she loved it best because all the customers were happy: they were going somewhere, they were coming back from somewhere, they were on the move and animated. And every morning on her way to work she saw the sun rise.

Karen enjoyed thrift shopping, gardening in small pots, watching home improvement, Hallmark channel and cooking programs, cheering on the Oregon Ducks so her husband and sons would be happy and hanging out with Dan. She did not like to dust. She was the best gift giver ever and she offered up several signature food dishes and more than once participated in a turkey cook-off competition with son Erik. She and Dan did some traveling, especially relishing Hawaii, Boston and California.

Karen loved God and demonstrated her faith daily. She was endlessly kind to her parents, in-laws (two sets) as well as extended family.

Karen and Dan welcomed each grandchild with joy and affection. At her recent 70th birthday party the children and their spouses and ten grandchildren (ages 20 to four), offered a personal video snapshot declaring their love for her. It was clear from that celebration that she had spent time with them individually as each was convinced, he/she was her very favorite.

“Surrounded by family at her passing” … this is almost a cliché, but not for Karen. Dan, three children and spouses, seven grandchildren, a sister and sister-in-law all crowded into the hospital room for her final flight out. There was singing and praying and many tears as well as laughter.

We will set a place for her this Thanksgiving. We are thankful for her life and legacy and believe she is now in the care of Jesus.

We also appreciate Fresenius Medical Center and Mckenzie-Willamette Medical Center for the care she received the last few years. She made several friends among the staff and also the patients receiving dialysis.

Do you want to honor Karen Lillengreen? Just slow down for a moment. Forget dusting. Pick up your phone and say hello to someone who needs to hear your voice today. And then sit back and just listen.

To send flowers to the family or plant a tree in memory of Karen Lillengreen, please visit Tribute Store