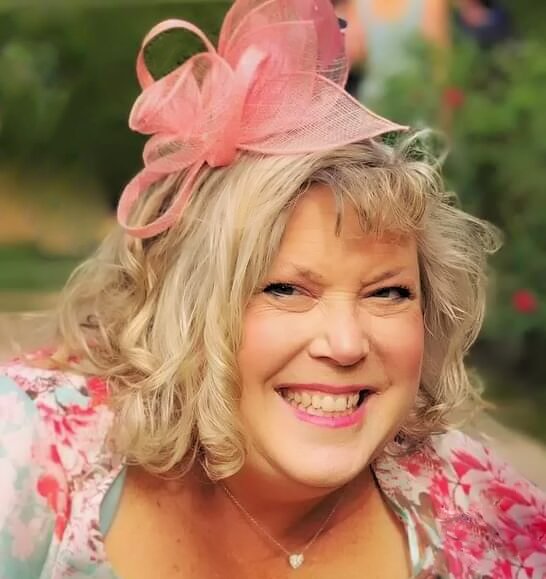 Nancy Diane Rhodes Bruneel was born on July 20, 1968 in Eugene, Oregon to Robert and Carol Rhodes. She died in the company of her husband, Scott, her children and parents on November 4, 2022 in Maple Valley, Washington. Nancy was raised in Eugene, where she attended Fairfield Elementary, Cascade Jr. High and Willamette High School.

Nancy graduated from Oregon State University and received her Master’s Degree in Education from Pacific University. While working on her Masters, she met Scott Bruneel. They were married on August 16, 1997 at Bethesda Lutheran Church in Eugene. Scott and Nancy celebrated their 25th Wedding Anniversary last August.

Their first home was in Kent Washington. Their first son, Ben, was born in 1998, followed by Andrew in 2000, Matthew in 2002 and Jack in 2004. Wishing for a girl, they traveled to Russia to adopt a little girl who was born in 2005 and brought her home to meet her four brothers. They named her Grace, after her great-grandmother, Grace Jensen.

After their children were old enough, Nancy became a Reading Specialist in the Kent School District, where she worked until the Spring of 2022. Scott and Nancy were proud to send all their boys off to college, Jack this last September. Grace is a senior in high school.

Nancy is remembered by her husband, Scott; her children, Ben, Andrew, Matthew, Jack and Grace of Maple Valley; her parents. Bob & Carol Rhodes, and sister, Sharon Rhodes, of Eugene, Oregon; her Uncle and Aunt, Bob & Jean Jensen and their children; her Uncle and Aunt, Lloyd & Elaine Howell and their children; her father-in-law, Bob Bruneel, her mother-in-law Diantha Brace and numerous cousins.

To send flowers to the family or plant a tree in memory of Nancy Rhodes Bruneel, please visit Tribute Store