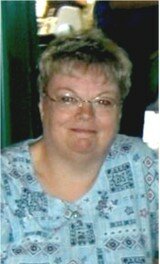 Brenda Kay Inlow Barrett was born on June 23, 1952 in Eugene, Oregon to Carl Henry “Jack” Inlow and Ophia Harriet Short Inlow.  She grew up in Springfield and graduated from Springfield High School in 1970.  Shortly afterwards, she began working at the Sears store in Springfield in the Catalog Department.  She remained with Sears for over 30 years, ending her career with them in 2002 as Operations Manager at the Gateway Mall.   She embarked on a new career as an Order Management Specialist with Levi Strauss & Company in 2003 and retired as an Order Management Supervisor in 2018.

She married the love of her life, James L. Barrett, on October 6, 1979 in Springfield.  They made their home in the Mohawk Valley until his death in 2002.

Brenda’s greatest joy was her family.  She loved planning and preparing food for family gatherings and sharing stories and laughter with those around her.  She loved being a homemaker and enjoyed scrapbooking, exploring family history and genealogy.  She loved the Lord and was an active and longtime member of Trinity Baptist Church in Springfield.

She was preceded in death by her parents, her husband and a step-daughter.  She is survived by her sister, Henrietta “Henri” Inlow Albin (husband William) and her two nephews, Michael Albin (wife Jodi) & Darren Albin (wife Angela), two great-nieces, three great-nephews, and one great-great niece, one uncle, three aunts, numerous cousins, as well as six step-children and their families.  She will be greatly missed by all.

To send flowers to the family or plant a tree in memory of Brenda Barrett, please visit Tribute Store