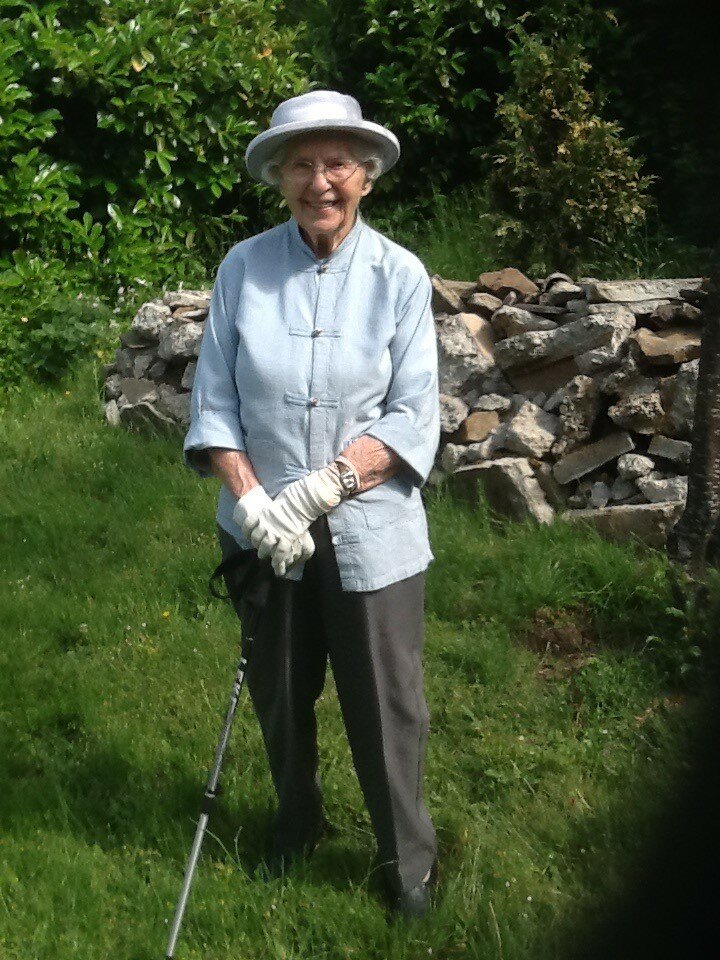 Ethel H. Steussy died of natural causes on Nov 7, 2022.  She was born October 9, 1921 in Washington Township, Pennsylvania to Frank and Suzanna Szabo-Hajdu, who immigrated to this country from Austria-Hungary around the turn of the twentieth century.  She graduated from Belle Vernon High School in 1939.  After working in the Pittsburgh area from the time of her graduation, she began working for the U.S. Civil Service in Washington D.C. in September, 1941, for the Department of Agriculture.

In late September 1943, she transferred to the Department of State, and was assigned to the land of her ancestors, Hungary.  While there, she married Robin E. Steussy, a Foreign Service officer.  After assignments in Belgium and Iran, Robin retired from the Foreign Service for health reasons, and took up Slavic Studies at the Harvard graduate school. Upon graduation in 1959, he and his family moved to Eugene, Oregon, where he taught Russian at the University of Oregon.  Ethel eventually resumed her Civil Service career and retired from the U.S. Department of Transportation in 1986.

Her interests were home centered: gardening, sewing, decorating, in addition to bridge, Scrabble, and reading.  She was a TOPS (Taking Off Pounds Sensibly) member from 1994.

She is survived by her children Fredric and Edwina, and preceded in death by her husband Robin, and daughter Suzanne.