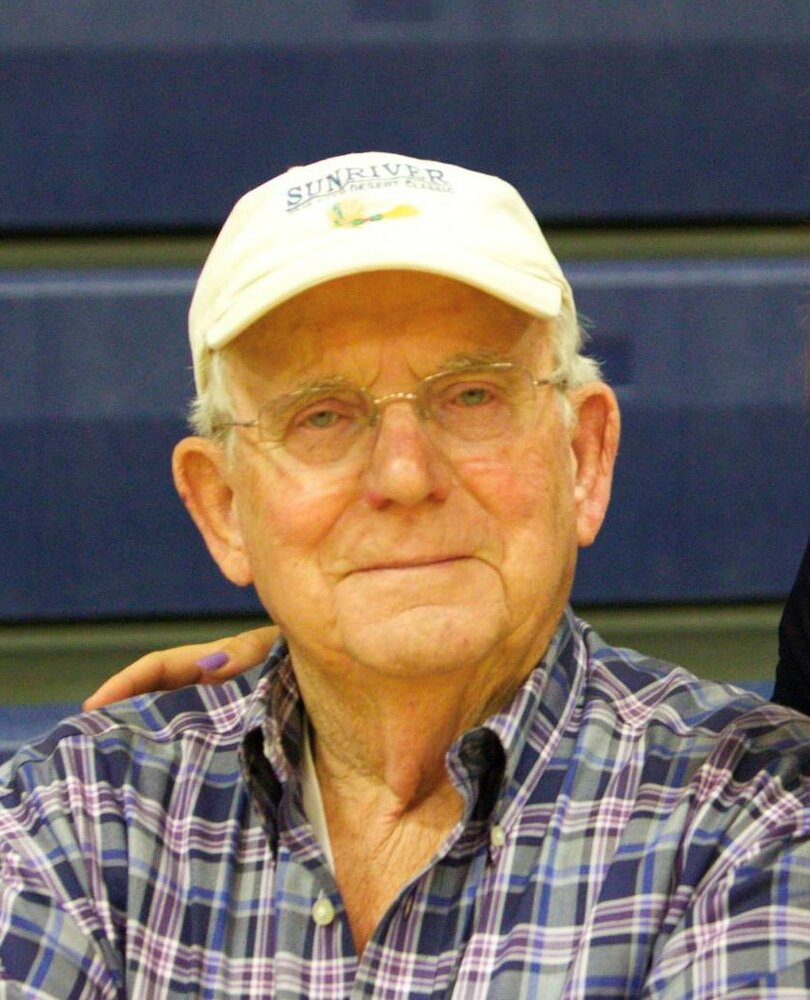 Jerry Rouleau, better known as Ferdie, Papa and Senior, was born on August 18, 1926 in Moxee, WA. He was the youngest of eight children. He met the love of his life, Winnie Chandler, in Toppenish where they both went to school. After finishing high school, Jerry joined the Army and was stationed at Fort Lewis. When he was discharged, he wasn’t home for more than two weeks when they drafted him again for the Korean War where he was stationed in Los Angeles and Okinawa. During his time in the service, he worked in the motor pool servicing ambulances, but because of his knowledge and work ethic, the officers often sought out Sergeant Rouleau when their vehicles needed fixing. He always remembered the officers because they paid in whiskey!

After an honorable discharge, Jerry returned to Toppenish in August 1952 and married Winnie that November. This year is their 70th anniversary. Jerry started running Winnie’s Dads Mobil gas station and later drove truck for him. This was back when gas was 3 cents/gallon and the attendants changed your oil, checked your wiper blades, and washed your windshield.

In the early 1960’s, Jerry and Winnie moved to Bremerton where their son, Jerry was born. In 1972, ARCO sent him to Eugene where he worked until the late 1980’s. He wasn’t retired for more than a week when he went to work for a long time friend helping them grow their business. So Jerry and Winnie moved to Albany and he continued doing what he loved doing: working, sharing his knowledge and making friends. He and Winnie stayed in Albany until he retired for good and they moved back to Eugene where they watched their grandchildren grow up. They didn’t miss a single game, recital, or birthday party.

If you knew Jerry at all, you were his friend. If he couldn’t remember your name, he called you “Governor” or “Miss America” so you always felt like he really valued your friendship. Jerry adored his grandkids and they adored him. He quit smoking for them. He had surgery on his hand so he could play catch with them. He let them paint his fingernails and put makeup on him. He wore every hat and t-shirt they gave him when he’d cheer on their teams and he bought every roll of wrapping paper and tub of popcorn they ever sold. Jerry loved houseboating on Lake Shasta, traveling the U.S. in his motorhome with his high school sweetheart Winnie, woodworking, helping neighbors with their yard work, tinkering in his garage, tending to the Marist Baseball field, and spending time with his family. And sweets…he LOVED anything with sugar in it!

Jerry is survived by his wife Winifred, his son Jerry and daughter-in-law Sue, granddaughter Samantha, grandson Jerry and his wife Madison, and great-granddaughter Remington. No services are planned at this time.
Arrangements entrusted to Musgrove Family Mortuary. Please access the obituary and you are invited to sign the guestbook at musgroves.com.