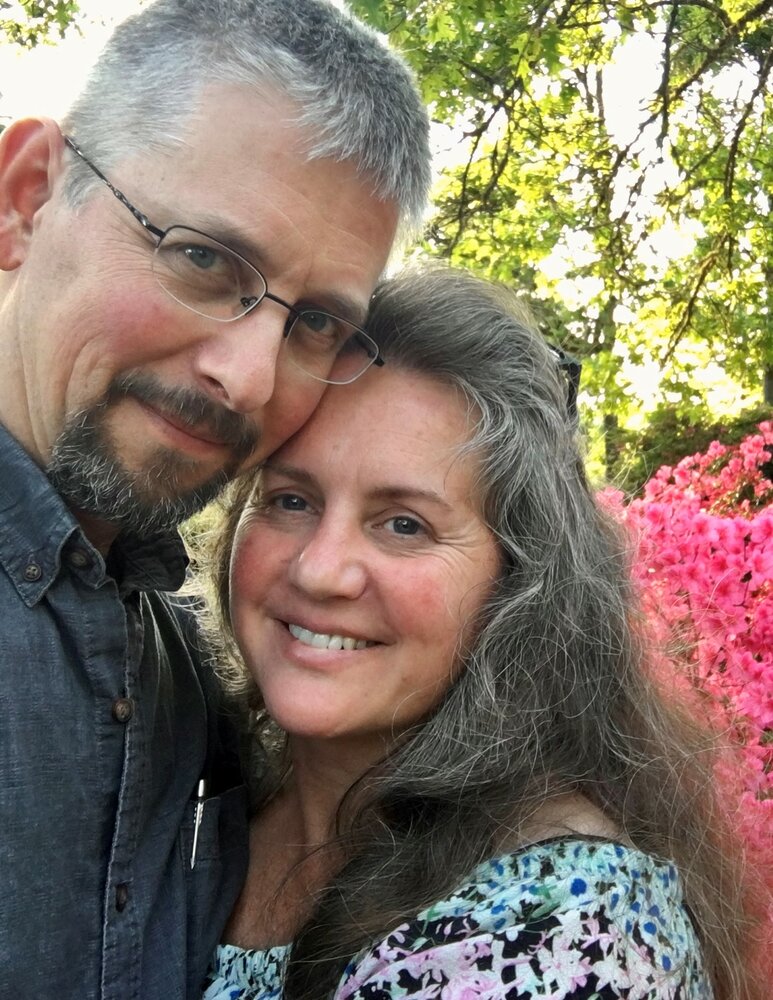 We have had the privilege of knowing and being acquainted with a very exceptional woman, gifted with an extra portion of unselfish vitality, loyal and loving to family and friends, yet expecting a high moral standard for herself and others. It has been said by many that she “literally” lit up a room when she entered.

Shae Tyree Porter passed away peacefully in her home Oct. 26th, 2022, encircled by family, in the loving arms of her husband. She was born April 2nd, 1971, in Centralia WA, to Denny and Audrey McGaughy. She was the youngest of three children following her brothers Ryan and Dravin. When Shae was 3 years old the family moved to the country near Elma, WA. She loved it there, a perfect place for children to grow up exploring in the woods and playing in the nearby creek with her brothers. She graduated from Elma High School in 1991. Shae did well academically in school and excelled in track and cross-country competition. After graduation she worked for Grays Harbor County and then went on to Centralia College.

On October 14th, 1988, she met her future husband, Steve Porter. Steve was in love with her from the moment he met her and knew she was the one for him. Two and a half years later, on the same evening, they were both baptized into the General Assembly and Church of the First Born; and, only two months later they were dating. Six months later they were married on November 23rd, 1991. They lived in Creswell OR where they built their home and life. They had four sons over the years, Shane, Devin, Joseph, and Ace. Steve and Shae had a deep and enduring love for each other and did not like to be apart, everywhere they went it was usually holding hands.

Shae loved her boys and gave them her all, raising them to be honorable men. She would frequently say they were her “arrows in her quiver”. If asked, any one of the boys would say she was their best friend. The family enjoyed life and the years were very pleasant filled with warmth and love as the family grew. As her daughters Stefanie, Daphne and Sheridan came along, via her sons marrying them, she loved them like her own and would always be ready with an open ear and much love. Her Grandbabies, Darlene, Carson, Dayna and Lincoln were so special to her, she said they made her heart sing, she loved being a grandma. She loved to bake and was an excellent cook which would be attested by many, she had much hospitality. Shae was a teacher to her children in all ways of life, home schooling her boys with an excellent education and ever showing them the love of God as she did to everyone. She loved to travel and was always planning a trip, many of them to Disneyland, the coast, camping and to see family and her brethren across the country. She was full of life, exceptionally strong both physically and mentally, and had a beautiful smile for everyone filled with so much love and care.

She is survived by her husband Steve, their children Shane and Stefanie of Creswell, Devin and Daphne of Creswell, Joseph and Sheridan of Cottage Grove, and their youngest son ace, who at 15, still resides at home. Her beloved grandchildren Darlene, Carson, Dayna and Lincoln, along with her parents Denny and Audrey McGaughy of Elma WA, brothers Ryan and wife Cheryl of Olympia WA, Dravin and wife Krista of Elma, WA. And numerous nieces and nephews and the many that will miss her dearly.

Graveside services will be held Nov 3rd, 2:00pm at the Creswell Pioneer Cemetery.