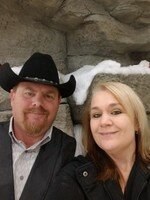 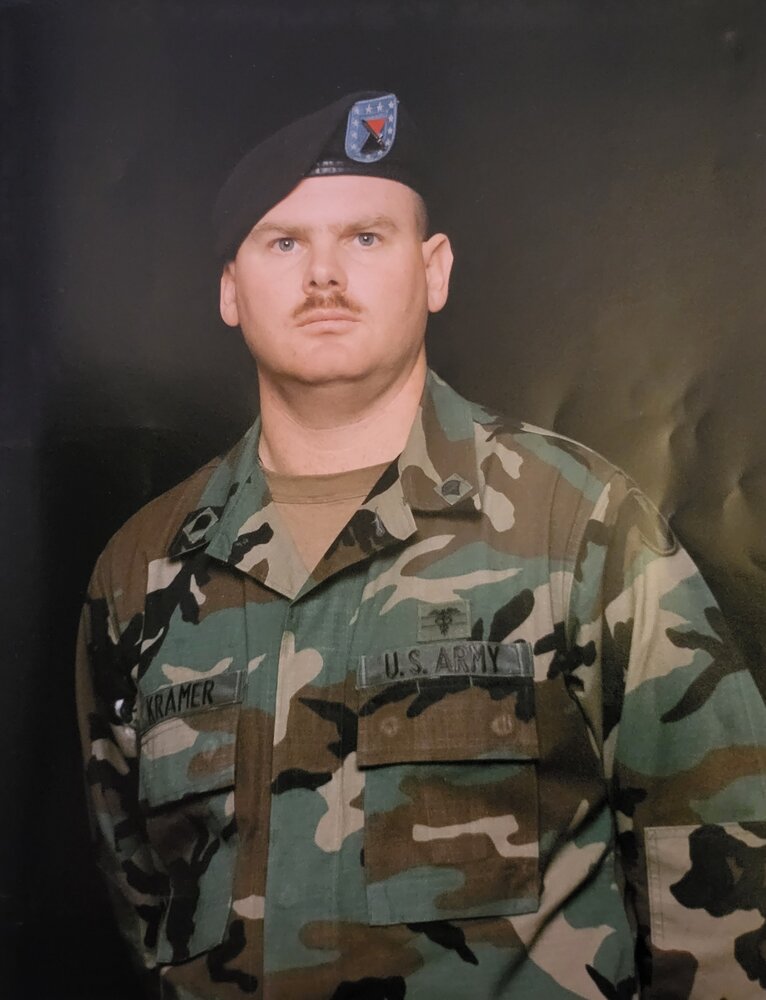 A celebration of life will be held Monday October 31st at 1 PM at the Roseburg national cemetery in Roseburg Oregon.

Being a Veteran was an honor for Terrell and something he was very proud of.

Terrell passed away from a service connected illness of ALS and other medical complications.

Terrell was born in Batesville Arkansas to Gerry Kramer and Sharon Parrish. He grew up in Arkansas and moved to Portland Oregon when he was a teenager and graduated from Marshall school.

Terrell served in the cold war, the Iraq war, served in Afghanistan, and Samalia to just name a few.

Terrell was a medic, a chaplain's assistant, and took his job of the military very serious and was always learning new jobs and never left his his troop behind.

Terrell was also a bounty hunter and a fugitive recovery officer.

Terrell is preceeded in death by his dad Gerry Kramer, mother Sharon Parrish, and father .

Terrell's Passion in life was his military, everything outdoors camping hunting fishing hiking having fun as long as he was outdoors with his family that's the place he always wanted to be. His family and all his kids friends where considered his family and he always was there for everyone.

To send flowers to the family or plant a tree in memory of Terrell Kramer , please visit Tribute Store