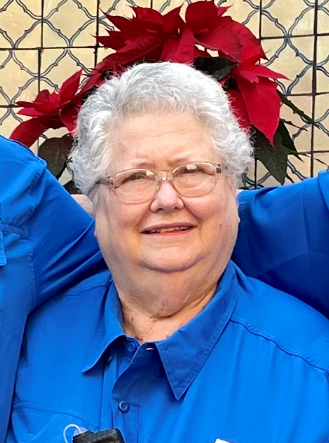 Carol Leslie Hernandez, 75, passed away on October 19, 2022.  Carol was born January 28, 1947 in Milwaukee, Wisconsin to parents Dean and Vera (Dixon) Anderson.  She graduated from U.C.L.A. with a Bachelor degree in Nursing and continued to work in the nursing field until she retired at age 74 from HIV Alliance.  She married John D. Hernandez on August 24, 1991 at their home in Marcola, Oregon.  She enjoyed beadwork, painting pottery, as well as charity and volunteer work for the LGBT Community.  Her passion for travelling allowed her to see the fifty United States and points all over the world.  When working for the Alliance, she spent considerable amount of time travelling the state with her husband and co-workers to ensure her patients were receiving the care they needed.
Carol is preceded in death by her brother Michael Anderson.  Carol is survived by her husband John, three sons Daniel, Robert & Jonathan, daughter-in-law Angela and two grandchildren Rhiannon and Alexis.