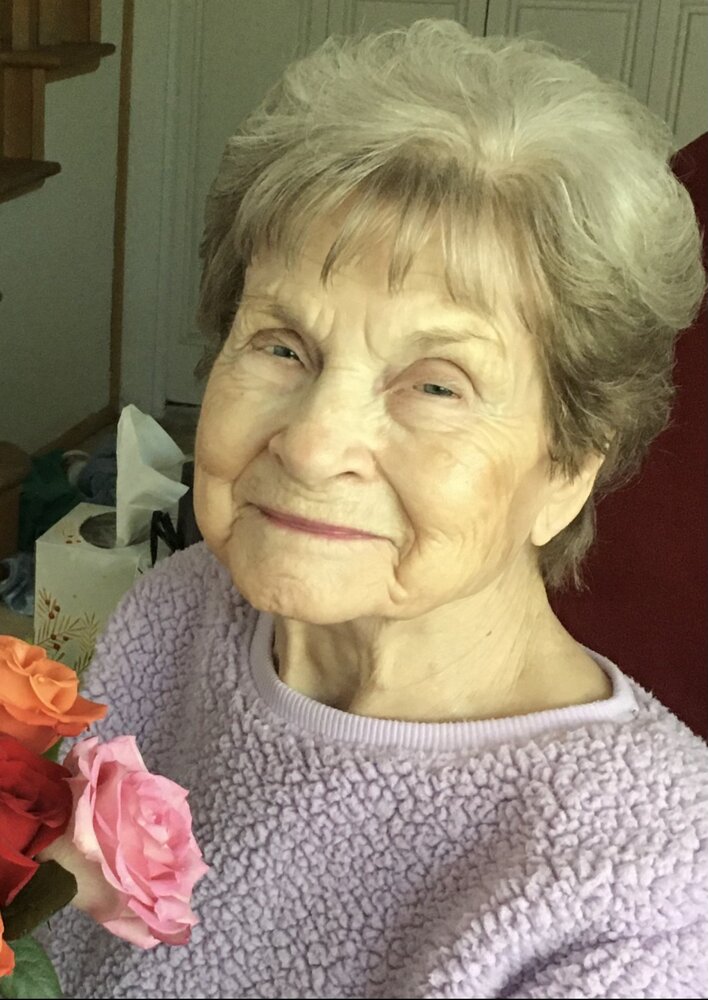 Barbara (Bobbie) was born in North Dakota and grew up in Montana and Tacoma Washington. She met her husband John (Mike) Koza while he was stationed at Fort Lewis near Tacoma Washington. This is where they married and started their family. Eventually they settled in Eugene Oregon to raise their six children. Michael (Mimi), Susan, Stephanie (Tim) Frank (Donna) John (Debra), and Lisa (Terry). The family grew to include many grandchildren and great grandchildren. Over the years, besides being a very busy mother, she chose to work outside the home. She began working as an assistant to Dr. Gaughn and retired after enjoying her time working at Reed and Cross. One fond memory was all her homemade desserts after every dinner. Her cinnamon rolls from a recipe passed down from her mother were an all-time favorite of family and friends. Barbara was a loving wife, mother, grandmother, and great grandmother. She made friends with everyone she met, and will be greatly missed by all. Arrangements entrusted to Musgrove Family Mortuary. Please access the obituary and you are invited to sign the guestbook at Musgroves.com.