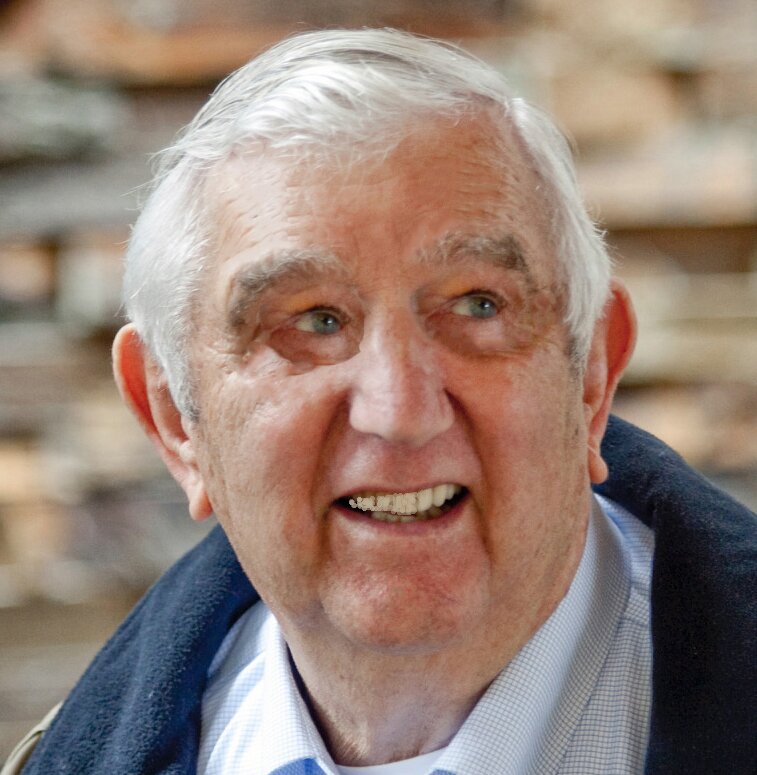 Much of Ralph’s childhood was spent playing in the Chase Gardens area of Springfield with the neighborhood kids, picking beans each Summer for spending money and assisting his Mom (a journeyman electrician) wiring houses during the 1940s.

Ralph later worked for over 30 years in Commercial Electrical Contracting. He worked in the field as an Electrical Foreman and later worked as an Estimator. For several years, Ralph co-owned Clarke Electric Company with his brother Chuck. Ralph and Chuck were both recognized by the American Institute of Architects ”Commercial Craftsman of the Year” for their oustanding electrical work on the original Lane Community College project.

Ralph “Bud” met Betty Christian at Springfield High School where he was a first -string player on the Varsity basketball team and she was Senior Class President. Their meeting was inadvertently arranged by a well-meaning chemistry teacher who thought he could reduce the extraneous talking during the experiment by sorting the last names of his students and then randomly assigning each to a lab station. ”Christian” was followed by the CL in “Cline.” Ralph and Betty found they had their own special chemistry. The two were married on June 18, 1950.

Sadly, Ralph was preceded in death by Betty, who succumbed to Pancreatic Cancer in 2018. Their marriage lasted 68 wonderful years. Ralph (“Bud”) also was proceeded in death by his father (Ralph G. Cline, Sr.); his mother (Pauline Jack); his brother (Charles Cline); his two sisters (Dorothy Chambers and Alma Lou Stubbert).

Ralph (“Bud”) loved camping and was an avid sportsman. He hunted pheasant and chukars in Eastern Oregon and was an extraordinarily good fly fisherman, tying his own flies.

In 1956, Ralph (“Bud”) and Betty built a home in Walterville and were active in the Walterville Grange (#416) for the 28 years they lived there. Significant and longstanding friendships remain in that community.

Ralph (“Bud”) was a devout Christian all his life and, in later years, served for the Gideons distributing New Testaments throughout Lane County.

In lieu of flowers, the family requests donations be made to the Gideons, an organization Ralph (“Bud”) felt strongly about. To donate, please go to: https://www.gideons.org/donate