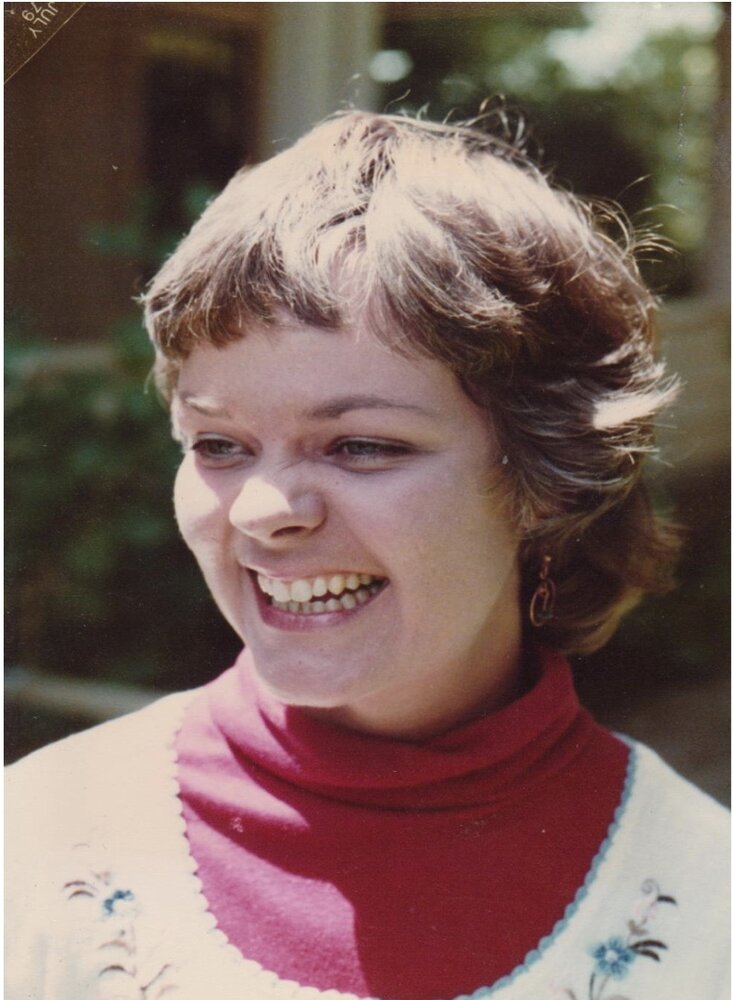 From Tara Scherner de la Fuente (Sharon’s daughter): Everything below (with picture provided) was written by my mother, back in 2016. I filled in blanks she left and made a couple edits I noted [in brackets].

Sharon's ordinary and unique life was over in just a few minutes, it seemed to her. She went from walking barefoot on dirt and hot asphalt for a Coke (5 cents) and a comic book (Wonder Woman) at the corner store in Texas to seeing the Pacific Ocean for the first time and falling head over heels for it forever. She never stopped missing it once she'd left, and was thrilled to return to the West Coast in 2015 after a 17 year absence. Her working career, which began with 3 horrifying days at Dairy Queen in 1962, spanned several decades and included teaching, editing, and administration; but freedom outside of work was always her true joy.

She was a master at reading novels, poetry, and non-fiction; often all in the same day. If anyone said “bookstore,”  or “library,” she was ready to go. At the age of 71 she finally snagged her dream job: volunteering one afternoon a week at the Second Hand Prose Bookstore at the Eugene, OR Main Library. She loved all kinds of music except for improvisational jazz and most Hawaiian songs.  Sharon danced from the age of four on the ballet recital stage to old age. At the end of her life, she could still dance in her mind even though she had not even been able to walk the family dog since 2003 due to severe osteoarthritis. Sometimes she danced that first ballet; sometimes she became Zorba the Greek; sometimes she shuffled off to Buffalo in tap shoes.

Sharon relished her coffee, journal, and cat in the lap in the mornings; napping in the afternoon; sipping a glass of Prosecco at 5 pm; watching CBS News, and most of all, laughing. She lost her heart to people who could make her laugh or would laugh with her, and refused to waste time with those who never did. She was opinionated, liberal in her politics and snobbish in her lack of receptiveness to those who flouted the rules of grammar. She was at various times a Methodist, a Presbyterian, a Unitarian, and an Episcopalian; but in her later years rejected religious labels, dogma, and liturgy [but grew to love the most recent former Dean of Canterbury, whom she watched, well, religiously, in part because she loved his cats, particularly Tiger, but also she loved him and his menagerie of animals and way in the world - Tara]. She believed wholeheartedly in the Source of love and whatever it is that makes geese honk in formation across the sky as the sun sets; whatever makes the ocean waves keep coming; whatever it is that moves us to be kind and to recognize grace. [From Tara: She told me twice recently that the purpose of life is to love, and this seems like the paragraph where she would have fit that in somewhere.]

Her ashes will be scattered in the tide of the Pacific Ocean near Haystack Rock in Cannon Beach, Oregon.
.