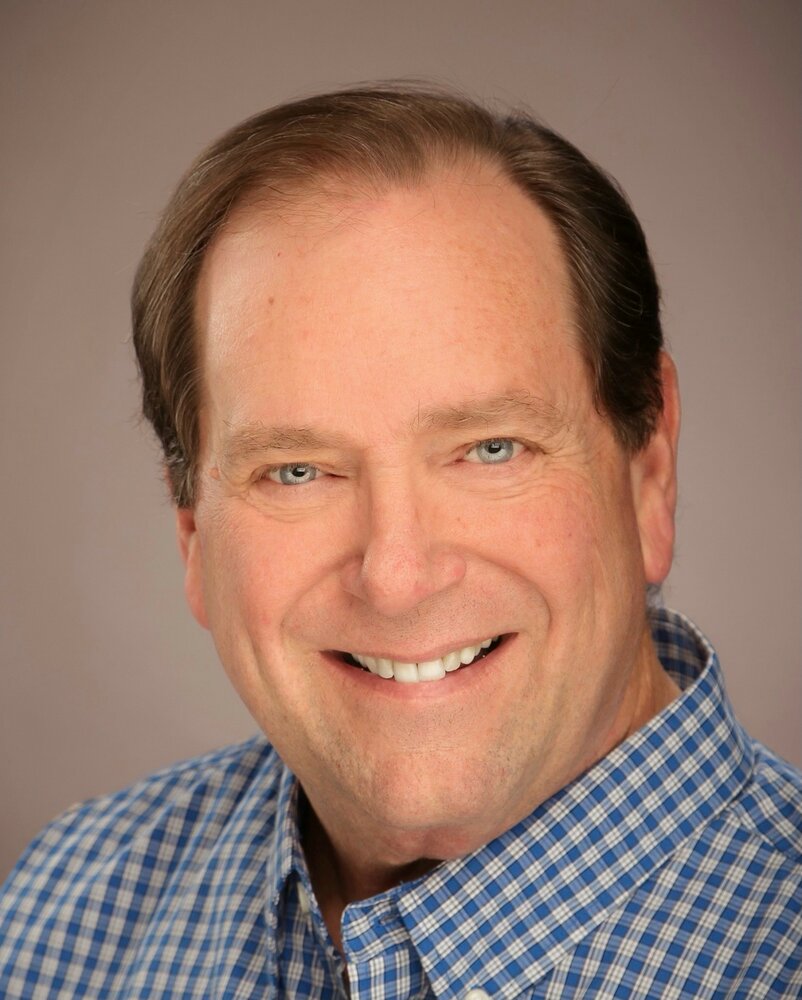 William “Bill” Casey Barrett left this world on the afternoon of August 17, 2022, ending his long, but strong, battle with cancer. He was surrounded by family and loved ones in his final days, finding peace and comfort.

During his life Bill was best known for his on-air broadcasting talents, where he brought joy and laughter to thousands of listeners for decades. The people who knew him most knew him as a loving, kind and funny man. A husband, father, grandfather, brother, uncle, friend, etc.

His journey into broadcasting began at KLME Laramie in 1969 where he was attending the University of Wyoming. While in Laramie, Bill developed his passion for fly fishing, as well as aviation. He learned to tie flies’ while he earned his pilot’s license and took to the skies.

In 1976, local radio station KPNW hired Bill and was responsible for bringing him, and his talents, to Eugene, OR. Once he arrived in Eugene, Bill discovered the McKenzie River and quickly fell in love with its beauty, and people. He bought a drift boat and became a regular fixture on the river, spending many long Saturday’s fishing with friends, ending their trips over many rounds of beer at Ike’s.

In 1982 he joined the morning lineup at KUGN FM, where he later ended up meeting the love of his life, Christine Obie. Bill and Christy began dating in the spring of 1985 and were married the following spring, on May 10th, 1986. Bill and Christy went on to have a total of twelve children over the years, many of whom are adopted.

Later in Bill’s broadcasting carrier he moved to KKNU, New Country 93.3, where his career of success and accomplishments began to gain recognition in the country music community. He went on to win dozens of awards with his counterparts, Tim Fox and Tracy Berry. Bill is a three-time winner of the Academy of Country Music (ACM) Award for “Broadcast Personality of the Year” and a two-time winner of the “Broadcast Personality of the Year” award from the Country Music Association (CMA). The morning show, Barrett, Fox and Berry, received numerous awards with the Oregon Association of Broadcasters.

In 2018, Bill was inducted into the Country Radio Hall of Fame along with his on-air partners, Tim Fox, and Tracy Berry, for their #1 morning show “Barrett, Fox and Berry”.

More than the awards or numerous accolades, Bill was a champion for his community. He was the first to plug a charity event or rally around one of our own, in support. He was a fierce advocate for those less fortunate and a strong supporter of the adoptive community.

Towards the end of his career, and through retirement, Bill loved to spend time with family, including his many grandchildren. He loved to take road trips and photograph old barns or beautiful scenery. He also enjoyed grabbing meals with his children or spending time with friends.

Bill’s favorite role to play was Grandpa, he leaves behind 9 grandchildren: Marissa, Chase, Kalyn, Joshua, Joeleesa, Kaliyah, William, Oakley, and Theodore. He is also survived by his true friends and partners in crime, Tim Fox, and Tracy Berry.

Bill Barrett was amazingly talented, incredibly loving, and a friend to all. His legacy lives on through his children and grandchildren, as well as this community that he loved so much. He would also want to say thank you to all of the listeners who made up his second family over the years.

A public celebration of life will be held at a time and place yet to be announced.