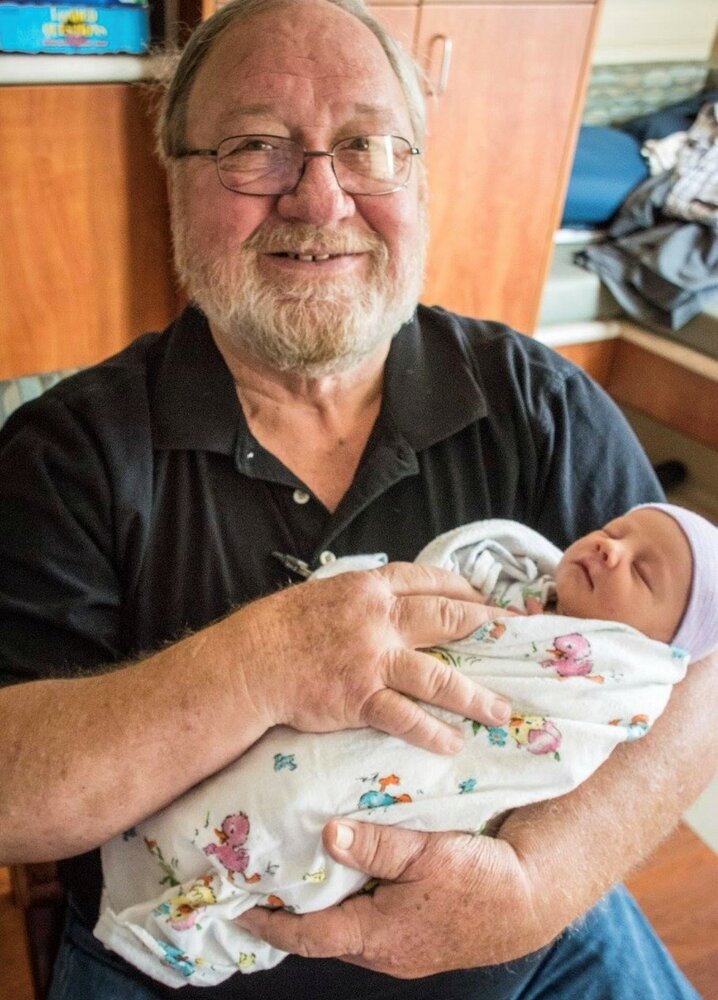 Robert Peter Bofferding, son of Harold & Doris Bofferdding, was born in Anoka, Minnesota; the third of 4 children. When he was 4, the family moved to Oregon, where he went to Saint Mary's Parochial school through grade 5, WIlson Middle School, and graduated from Elmira High. At 17 he enlisted in the US Navy where his ship saw action during the Vietnam War & also traveled to AUstralia, Japan & Hawaii. Bob had always loved cars and spent his career working for local dealerships in both sales and service. He also enjoyed sailing and motorcycle riding. In 1982, he married JoAnn Schnaible and they became a family with the addition of Sara in 1983. After retirement, Bob worked for Hertz delivering cars; and made many friends at the American Legion where he was voted Commander three times and later their Finance officer. He spearheaded an annual car show at the American Legion called "Hot Rods for Heros." In 2017 Bob became a grandpa to grandson Charlie. Bob is survived by his daughter, Sara, grandson Charlie, sisters; Lois, Jean (Carl), & Janet (Steve). A memorial service will be held Saturday, August 27th at 2 PM at the American Legion Post 83, 3650 River Rd. Eugene Or.