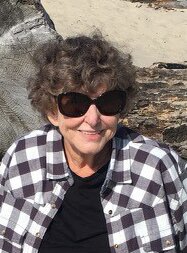 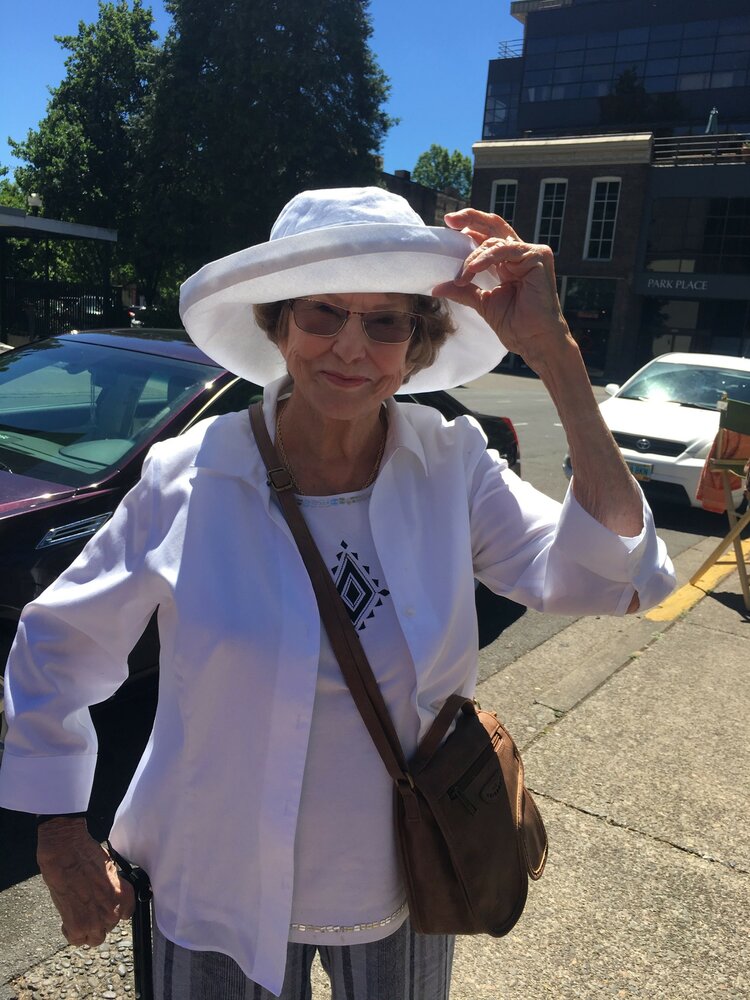 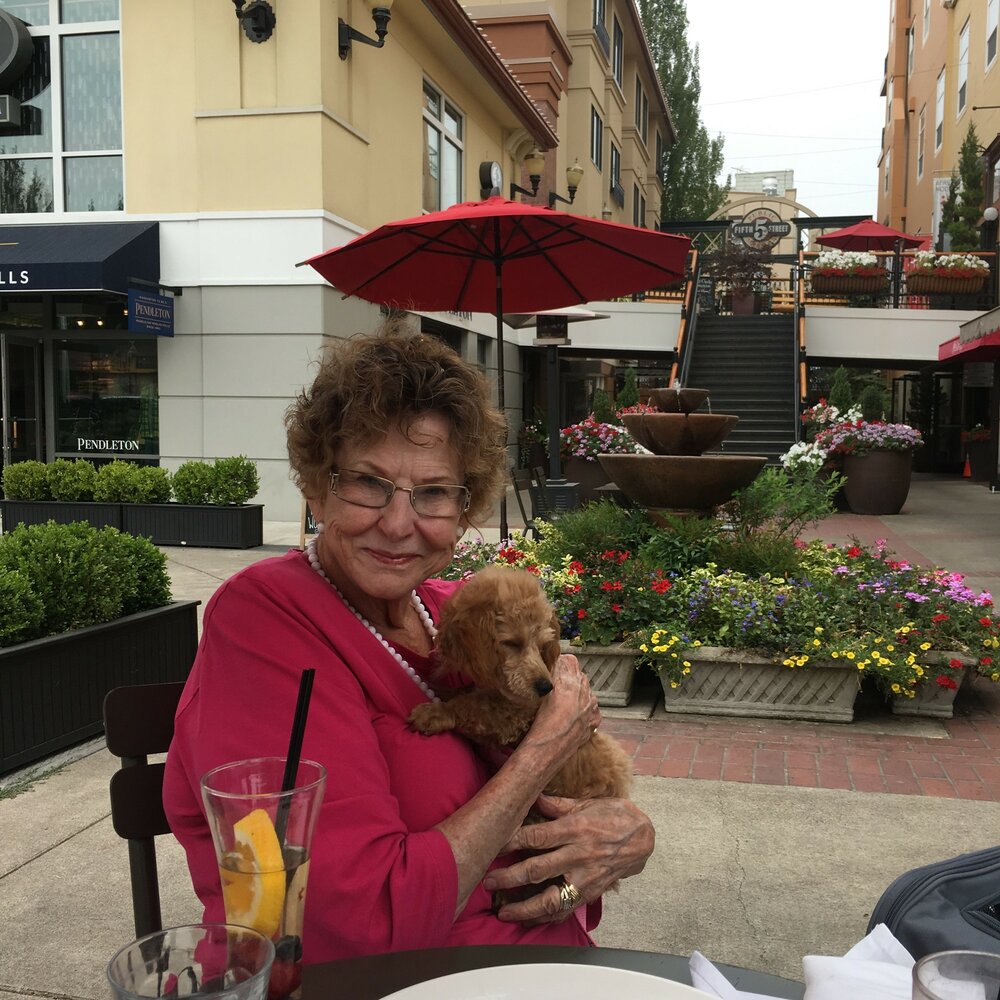 Patricia (Pat or Patsy) Jacqueline Finn was born March 12th, 1933 to Jack Finn and Margaret (Patterson) Finn in New York City, New York. She had two sisters, Jaqueline Barbin and Ginger Holman and two brothers, John and Michael Finn. Each of them, except perhaps Michael have preceded her in death. Patricia passed away on July 28th, 2022, at the age of 89, surrounded by her children.

In 1936 Patsy’s parents no longer had the means to support their family. Rather than give them up to social services they decided to parse the children out to relatives, with the intent to gather the family back together in better times. This was not to be. Margaret contracted tuberculosis and passed in 1938. Jack never again had the means to support his family.

Patsy was raised by her paternal uncle, Ronald Finn and his wife Helen. She attended Thomas Jefferson High School in Port Arthur, Texas, where no doubt she picked up a slight and charming Texan accent that she kept with the rest of her life.

In 1950 she married Albert Dupre at the age of 17. She gave birth to her first daughter, Cynthia in 1951. The marriage did not last and Patsy moved to New Orleans to live with her sister Jacqueline.

In the Big Easy, she met George Albert Isaksen, fell in love and married him in June of 1952. He was the love of her life. With him they had seven children: Rod Isaksen, Catherine McKinnon, George (Buddy) Isaksen, Bessie Bollag, Derek Isaksen, Kirk Isaksen, and Tamah Gardner.

Patsy had become the wife of a sailor, with the challenges endemic to a military family: Long separations, and low pay and frequent moves, to name a few. But these were eclipsed by ecstatic reunions and shore duty.

Patsy worked hard all of her life, keeping her kids well trained and tidy, keeping an “immaculate” home and providing a second income by waitressing long hours. Her employers uniformly appreciated her conscientiousness, creativity, perspicacity, vocabulary, and her kind, genial personality.

She was an active member of the Free Methodist Church since 1967.

In 1969 George retired from the Navy as a Lieutenant Commander, and the family fled the bay area to idyllic Cottage Grove, Oregon. Here they raised chickens, battled with a cow for her milk, maintained a family of sheep and enjoyed riding a pair of horses. They were very active in the Free Methodist church, where they gained great celebrity by attending church redolent with evidence of a recent scuffle with a skunk.

In 1972, the youngest daughter, Tamah (Gardner) was born. She suffered from a severe form of spina bifida was the focus of much of the rest of the life that George and Pat shared together.

In 1974 Pat and George moved to Eugene, Oregon. They purchased a small cafe that Patsy managed and and worked in with her friends from church.

Patsy also obtained a real estate license and would move in and out of that role, as well as waitressing for nearly 20 more years.

In order for George to retain employment during the economic downturn in the 1980’s and to be close to a military base so that Tamah’s medical needs could be addressed they moved to Olympia, Washington. This was the first of many moves that followed, partly because of economic and medical necessity, partly to be near to the various children, and partly, we think, because they liked to move.

They ended up in Florida where Patsy’s first daughter, Cynthia lived. After several moves George was eventually able to find fulfilling work as an electronics instructor for the navy, while Patsy pursued her real estate career as well as providing care for Tamah and for George’s mother, Bessie.

In 1994 George succumbed to lung cancer, but not before officiating his youngest children’s marriages.

Patricia traveled and enjoyed the company of the retired community, and hostessed her grandchildren for the next few years. She had long been an accomplished artist and

continued to produce beautiful oil paintings, as well as branching out into painting china (porcelain, not the country) as well as continuing her love for sewing and embroidery.

In 2000, Patsy married Clarence Buchanan, one of a group of friends that enjoyed the nightlife and music together. With Clarence and occasionally other friends she traveled abroad, took cruises, as well as visiting domestic attractions and her children.

In 2013 it became apparent that Clarence was losing his battle with Parkinson disease and that Patsy was needing more help, so some of her children persuaded her to move to the west coast. After 2 years in San Jose, Clarence also passed away.

At this point Patsy decided to move back to Eugene where she would be in close proximity to 3 of her children. After a brief stay in an independent living facility she purchased a house and enjoyed making it her own with various improvements and hostessing family as well as social gatherings. However, when an opening came up at another independent living facility opened up, she moved once again. There she enjoyed meeting a great number of people of her age and with similar interests. Until covid.

For more than a year she felt alone and sequestered, missing her friends and activities. Before restrictions were lifted she had begun to yearn for heaven. She did her best to stay connected with friends and family but had become weaker and more fatigued and unstable on her feet.

On July 28th she made her final move. She fell and passed away from an injury to her

She is greatly missed by her children and many grandchildren, friends and relatives,

who loved her her many qualities, not the least of these were her kindness, generosity, wit, and fiercely independent nature.

To send flowers to the family or plant a tree in memory of Patricia Buchanan, please visit Tribute Store
Saturday
27
August