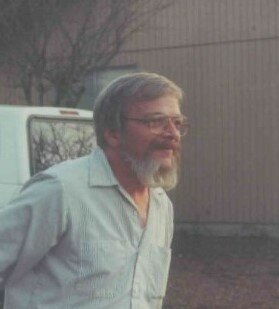 Allen passed away in Eugene, Oregon having lived here since moving his family here in 1979. He was born in Chico, California to Ernest Peterson and Joy Peterson(Dinnel).
He worked for ARA Periodicals for 30 years, there gaining many friends and cohorts. He was an avid woodworker, enjoyed hunting and upon retirement became a die heart fly fisherman enjoying many trips to do so.
He married Marsha Burks in 1963 and was blessed with 5 children, Tony, Kym, Tammy, Nicole and Melissa. He and Marsha later divorced and then in 1994 he married Kathy Neuschwander.
He was preceded in death by his parents and Grandson Kyle Peterson. He is survived by his 5 children, both ladies in his life, 5 Grand children, 5 Great-Grand children, his sister Jan Brown and her family and many cousins.
Cremation was entrusted to Musgrove Family Mortuary, no service is planned as the family will later do as he wished to honor him.