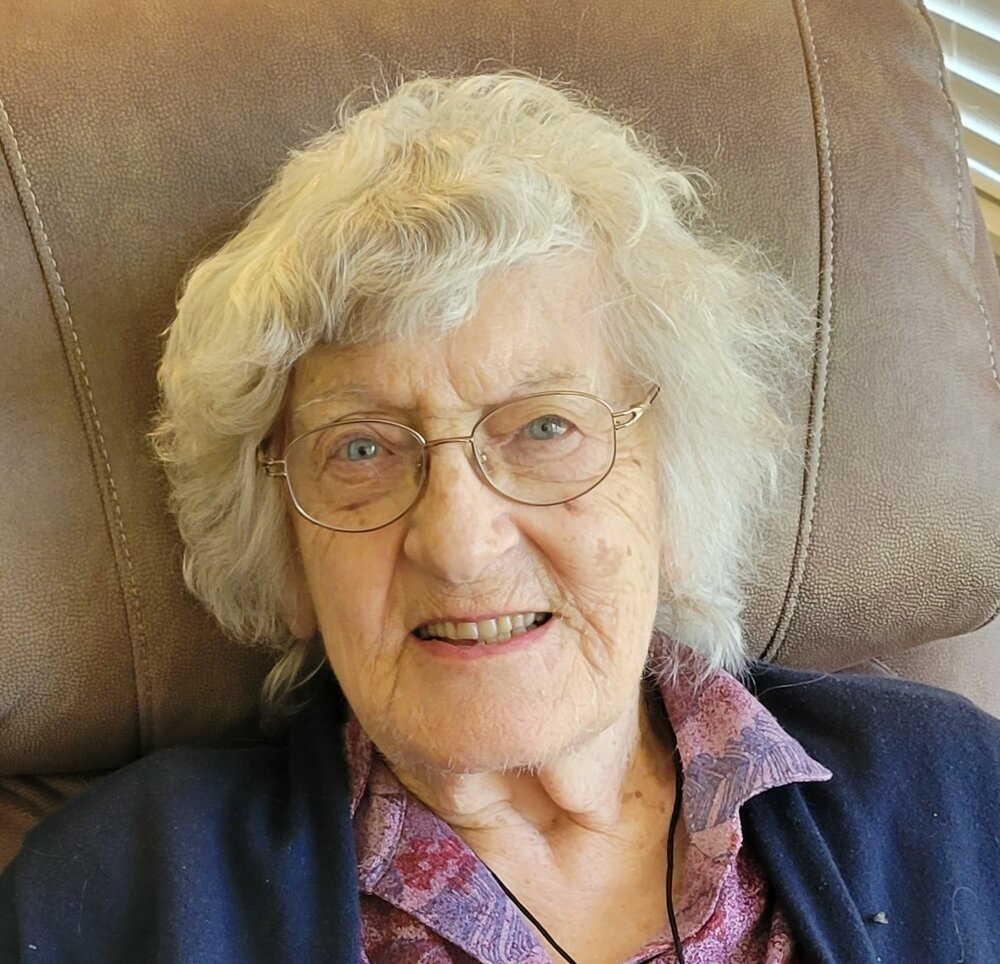 Frances Jensen of Sheldon Park in Eugene passed away on August 13, 2022. She was born in Strasburg, Colorado on October 2, 1929, the daughter of Frank and Sophia Dieckgraeff.
Frances lived in Colorado until she was 5 years when the Dust Bowl forced her farming family to move to a farm in Harrisburg, Oregon. She attended school in Harrisburg and was the first in her family to graduate from high school. Frances worked as a telephone operator in Harrisburg for a year before she married Walter L. Jensen on October 31, 1948.
Frances and Walt moved to Eugene in 1948 where they lived until Walt’s death in 2016. She worked in a variety of jobs while raising their daughter, Joyce, including housekeeping, childcare, and as receptionist for several Ardees Beauty Shops in the Eugene area. Frances enjoyed reading, growing vegetables and flowers, playing board games and cards, travelling and fishing; especially at Paulina Lake. Frances and Walt travelled for many years to reunions of one of his Navy ships, to Harrisburg High School reunions, to paternal reunions in Missouri and Nebraska, and to New England, visiting their daughter and grandchildren. In 1992 they travelled to Altena, Germany visiting her paternal ancestral home and German relatives. Frances was a member of Allison Park Christian Church, serving in several position for over 50 years.
Frances is survived by her daughter, Joyce Gallant and her husband, Steve, of Bonita Springs, Florida; Grandchildren Lisa Gill of Canton NC and Erik Gallant of Easthampton, MA; great grandchildren Willa, Iris and Emily; and 10 nieces and nephews. Besides her parents, she was preceded in death by her siblings: John Dieckgraeff, Leta Oldham, Gladys Vannater, Arlene Herbert and Frank Dieckgraeff.
Funeral will be at Allison Park Christian Church, 1520 Echo Hollow Road, Eugene on Friday August 19, 2022 at 12:30PM with interment following at Lane Memorial Gardens at 2PM. Arrangement entrusted to Simon Musgrove Family Mortuary, 5300 West 11th, Eugene.
In lieu of flowers donations can be made to Allison Park Christian Church or to Sacred Heart Hospice.