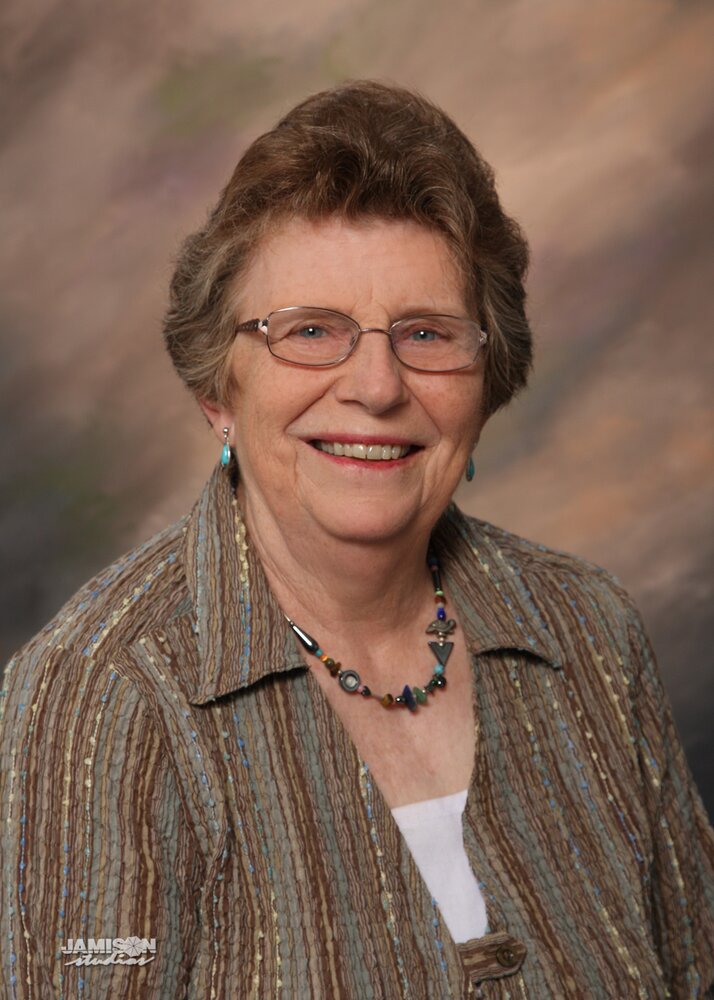 Joyce Kathleen Garrett of Eugene, Oregon passed away July 6, 2022. She was born January 27, 1930 in Taylor County Iowa to Stuart and Mildred (Lock) Jamison. She was raised on family farms in Taylor, Montgomery, and Page Counties with her younger sisters Elynor and Claris, and younger brother Bruce. After graduating from high school in Clarinda, Iowa in 1948, she attended NW Missouri State Teachers College at Maryville, Missouri and later Simpson College where she earned a Standard Elementary Certificate. She began her teaching career at a rural one-room school near Clarinda before moving to Atlantic, Iowa to teach third grade at Jackson Elementary School in 1951. While attending Simpson College, she reconnected with high school friend Max Garrett and they were married on July 27, 1952 in Clarinda, Iowa, three weeks after his discharge from the U.S. Air Force. They made their first home in Atlantic, Iowa where their son, Kirby, was born. In 1957, they moved to Villisca, Iowa where she continued to teach school and sons Brian and Troy were born. In 1962, the family moved to Eugene, Oregon for Max to attend graduate school at the University of Oregon. Joyce also attended the University of Oregon where she completed her Bachelor’s Degree and Oregon Elementary Teaching Certificate in 1965 and resumed her 30 year teaching career at Malabon Elementary School in the Bethel School District. She earned her Master of Science in Education from the University of Oregon in 1971. In addition to her elementary teaching career, she spent two years at the University of Oregon supervising student teachers in the Bethel and Springfield school districts.
Family was very important to Joyce, loving and supporting her sons in all their activities and endeavors. Regular summer car trips to Iowa as the kids grew up provided both education and exploration of the world around them and maintained a close relationship with grandparents and extended family living there. Joyce’s greatest sadness was the sudden loss of son Kirby at age 37.
Joyce was a very active member of Asbury United Methodist Church, serving in a variety of leadership roles. She was also an active member of Alpha Delta Kappa, an International Sorority for women in education, holding several offices in the local chapter.
In retirement, Joyce especially enjoyed being a member of Pioneer Quilters and completing many beautiful quilts that family and friends continue to enjoy. She also enjoyed the many Road Scholar travels she and Max experienced with Max’s twin sister Jean and husband Fred.
Survivors include sister Elynor, son Brian (Janet), son Troy (Laura), daughter-in-law Cynthia (Kirby), grandchildren Angela and Anthony, and also Shelby and Dani and little Riley and Colbi. She is also survived by many nieces, nephews, and friends. She will be greatly missed.
A memorial service and celebration of her life will be held August 13, 2022 at Asbury United Methodist Church at 2:00 PM. In lieu of flowers, memorial gifts may be given to Asbury United Methodist Church. Arrangements entrusted to Musgrove Family Mortuary.