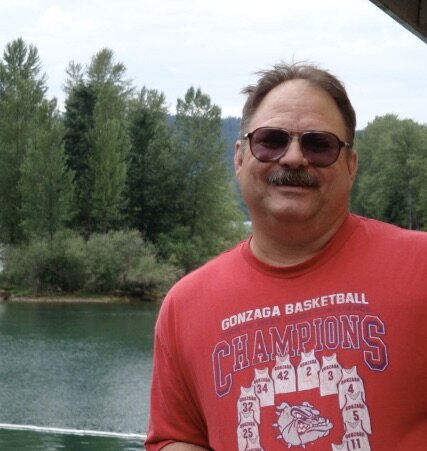 Ted Farris unexpectedly passed away early Monday, June 20, 2022, at 12:40am; Ted grew up and went to school in the San Diego area. After his education, he spent most of his time in Hawaii during his Air Force enlistment. Ted was honorably discharged after his 4-year term was up. Kwajalein, (a 2 mile x 1 mile island atoll) found in the South Pacific was home, when he found a government job after the Air Force stint. He worked there for numerous years, until he returned to the states to get his degree in electrical engineering. After getting his degree, Ted worked for Kaiser Alcoa Aluminum near Spokane, Washington, and then transitioned into working with the government at various dams, providing hydroelectric power.  Ted continued in this field until he retired in 2020. He lived in Springfield, Oregon for the past 13 years.  If you couldn’t find him at home, you would find him camping or fishing at a nearby a stream. He loved the outdoors and nature. He was an avid sportsman. Ted is survived by Toni Farris Elliott, his twin sister (Corky Elliott), his younger brother, Terry Farris (Kim Farris, and niece Emily), his daughters, Rachel Farris, and Heather Cross, (Son-in-law Brian).

To send flowers to the family or plant a tree in memory of Theodore Farris, please visit Tribute Store