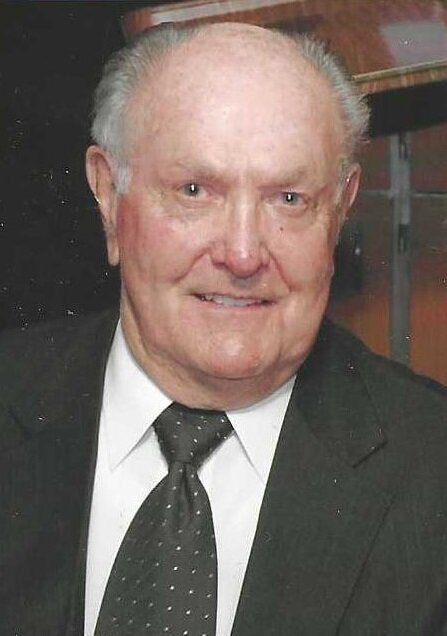 Dick Kay, a loving husband, and father of three passed away in Eugene, OR at the age of 93.

Dick was born on January 6, 1929, in Elma, WA to Winfield and Anne Kay.  He graduated from Moclips High School in 1948. After high school, he served in the US Marine Corps, worked in the sawmill industry, and as a commercial clam digger at Pacific Beach. He then moved on to build and developed Cablevision, one of the first cable systems along the Washington, Oregon, and California coasts.  In 1961 he joined El Paso Natural Gas, which eventually became Northwest Pipeline, the major natural gas transmission company throughout the Northwest. He retired from NW Pipeline after 25 years, as one of their Chief Inspectors.

In 1962, Dick met his wife Mariann Kinne, they were married for 58 years. In 1963 Dick and Mariann left Yelm, WA, and moved to Eugene, OR where they raised their three children, Michael (Mike), Richard (Rick), and Barbara (Barb).  Eugene remained his home until his passing.

Dick had many passions; he was formally trained as a singer and anyone who had the opportunity to hear him was in for a treat.  In 1974, Dick found that he was a natural at ocean salmon fishing. In 1978, he started commercial fishing.  Summers were devoted to the pursuit of salmon and there are many "tails" of exciting adventures on the sea. Dick also loved to travel, he and his wife traveled throughout Europe, China, the Caribbean, and the United States.

Instead of flowers, the Kay family asks you to support The Shedd Institute for the Arts or an organization of your choice.

A Celebration of Life will be on July 18th, 1:00 pm, at the Shedd Institute for the Arts, in Eugene, Oregon.