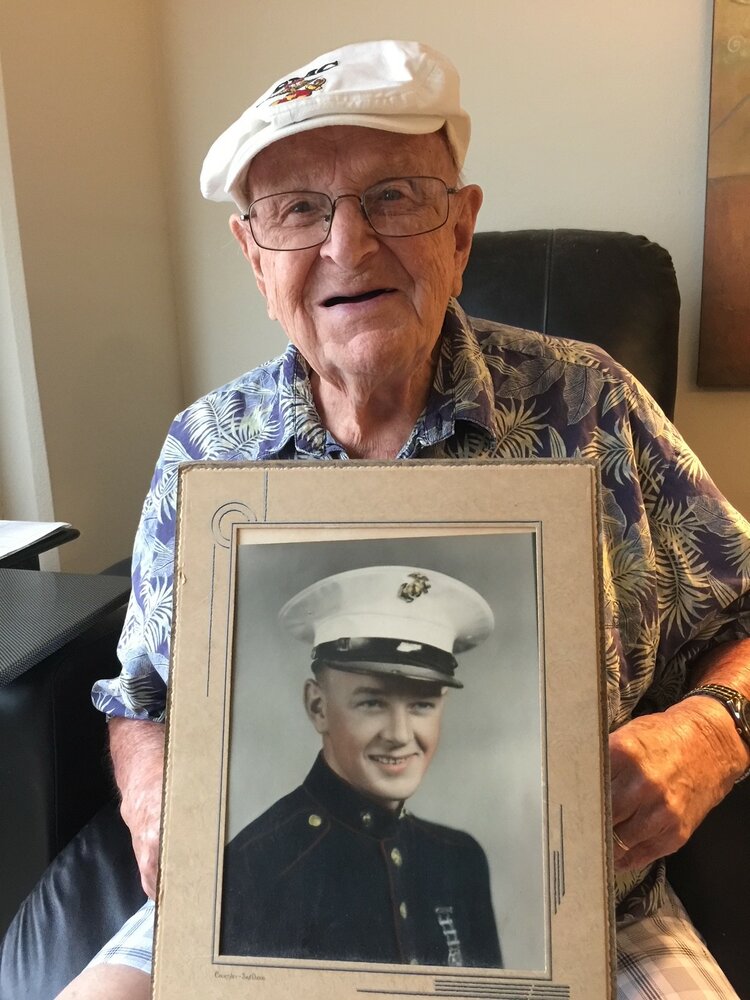 Bill Hockinson died March 3, 2022 surrounded by family in Kona, Hawaii at the age of 100. He was born June  1, 1921 in Vancouver, Washington to John and Inez Hockinson.

Bill joined the Marines in June 1942 and fought in the Pacific during WWII. He participated in three major  battles; Tarawa, Saipan, Tinian and the Occupation of Japan.

He married Norma in 1951 and they had two children; Julie (Tim) Moloney of Portland, Oregon and Joy Green  (Gary, preceded in death) of Kona, Hawaii.

Bill retired from a career with Honeywell. He had three grand  children: Kyle Green of Redmond, Oregon, Holly Green, of Kona, Hawaii and Matt Moloney, of Portland, Oregon. He had two great grand children; Jah Hall, of  Kona, Hawaii and Delzy Moloney, of Fairbanks, Alaska. He had one cousin Fred Hockinson, of Camas,  Washington and one niece Carol Spuler of Hauser Lake, Idaho.