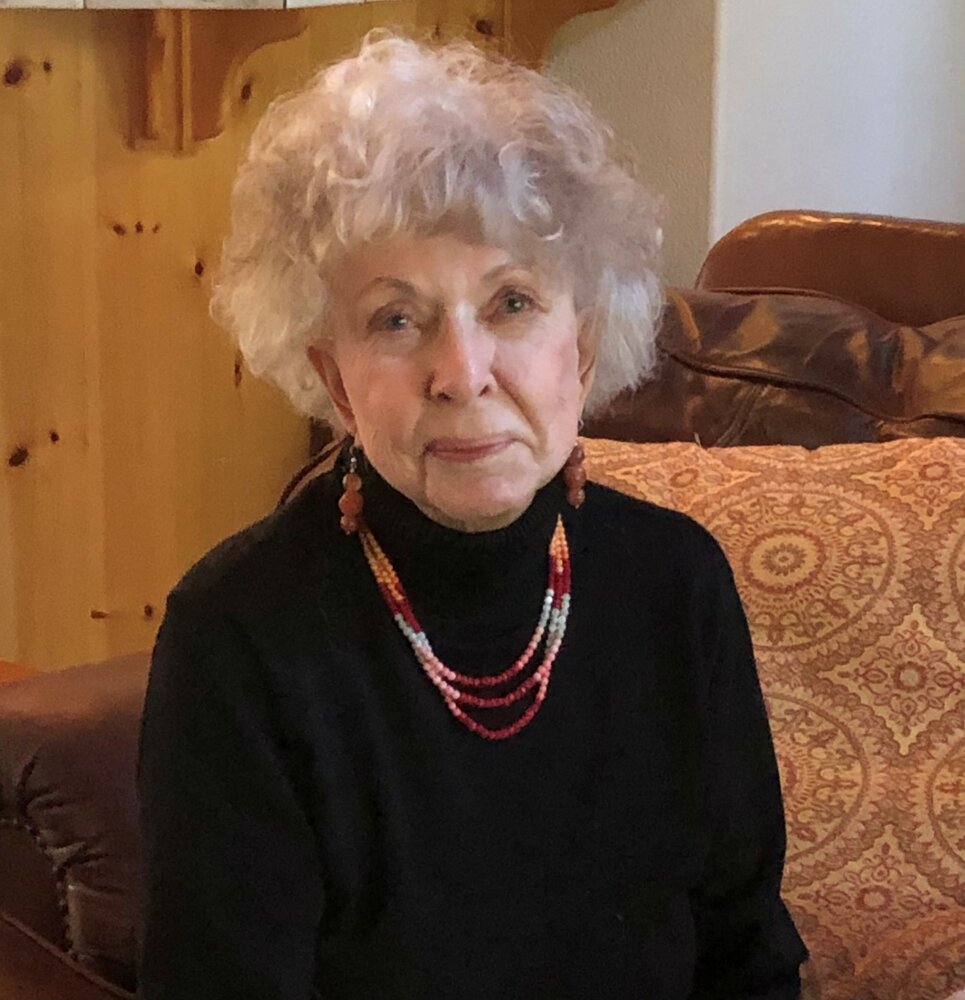 Laura Galloway passed away peacefully, surrounded by her family on May 15, 2022. She was 89 years old.
Laura was born April 30, 1933 in Boston, Massachusetts. She was the second of three children. As a child her family moved to North Hollywood, California. Laura graduated from Hollywood High School. In 1951 she  met, fell in love with and married John Charles Galloway (known to all as Jace). And so began a full and happy union that lasted until Jace’s death in 2011.
The first year of their marriage was spent apart while Jace served in the Navy. Laura lived with her Canadian in-laws during that year. We’ve been told that she brought a brightness and energy to their household. The letters that Jace and Laura wrote to each other during this time helped to build an enduring foundation for a marriage spanning just over 59 years.
Laura was a passionate supporter and fierce defender of her four children. Parenting, in part, was her life’s work.  Her skills were on full display in the neighborhood, at school, on the sidelines of track and field events and sitting on the edge of a bed comforting a sick child.  One  of the most exciting tasks she looked forward to each year was planning and decorating for Christmas. This was her favorite holiday and she went all out to make it memorable for her family.
Laura was much more than a mother of four. She was her own person, a true individual. She had a flair for style and clothes, a fantastic sense of humor and a real love of friendships. She was a social creature. She adored getting to know people and could initiate a conversation with anyone. She made a point of getting to know the staff in every restaurant which often landed her a place at the best table in the establishment. She loved traveling. She and Jace made frequent trips to Mexico. While there, she fell in love with the people and culture. Laura learned just enough Spanish to engage with the people there. In 2001, Jace and Laura flew the entire family to Mexico to help them celebrate their 50th wedding anniversary. Laura laughed, told stories and danced with the grandkids late into the night.
Laura was in three bridge groups and worked on the crossword puzzle every morning with a pen. Laura took an incredible number of pictures throughout the years. She sorted and organized these photos into wonderful albums. The albums were given to her children and grandchildren who have always appreciated these tangible gifts of family history. We will always remember the many stories she regaled us with; both verbally and in the form of her journal writing. She loved her rescue dogs, was an avid gardener and most of all was a totally immersive grandparent. Her grandchildren brought so much joy into her life. Thankfully, she had to opportunity to meet her first great granddaughter (Emery) in April.
Laura had a drive that was fueled by curiosity and the desire to be connected to a world beyond her front door.  She is survived by her four children: Karen (Matt Cerbin), Elizabeth, John (Hilda) and Barry (Candice) as well as 7 of her 8 grandchildren and one great-granddaughter.
Thank you to Brighton House Hospice, especially to nurse Caroline. Arrangements entrusted to Musgrove Family Mortuary.