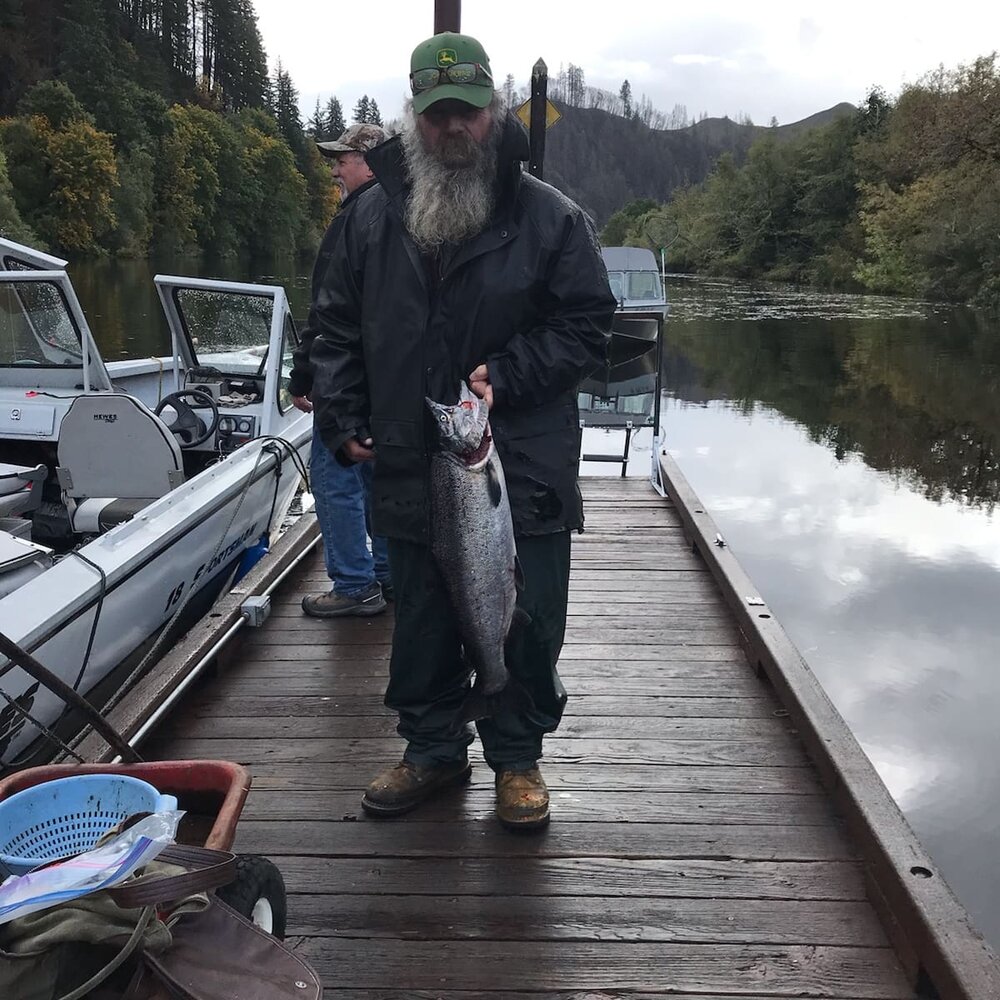 Robin “Roy” Lee David passed away peacefully on May 11th, 2022 surrounded by his loving family.
Robin was born on August 6th, 1952 in Eugene, OR to Charles and Evelyn David.
Robin grew up and lived his entire life in the Willamette Valley.  Robin attended Willamette High School where he met his wife, Bonnie in 1968, they were married in 1971 shortly after the birth of their first child. They had four wonderful children together: Stacy, Jason, Alice, and Kaylena. Their marriage came to an end 30 years later but they remained friends.
Robin had a few odd jobs before he found his career with H-C farms, where he worked for 45 years as a farmer.  Robin was a hard worker but when he had time off, he made the most of it.
Robin enjoyed fishing with his family and friends.  Robin taught all his children how to fish. His best fishing partners were his children and his brother Terry.  Robin also liked to go to the casino even if he didn’t win much.
Robin is survived by his siblings: Ramon David, Terry David, and Debbie Cross. By his Bonnie who took care of him in his final days. Robin is also survived by his 4 children, his 7 grandchildren, and 8 great grandchildren.
Robin was loved by all the knew him and he will be missed forever.
A celebration of life will be private for family at a later date.  Arrangements entrusted to Musgrove Family Mortuary. Please access the obituary and you are invited to sign the guest book at musgroves.com