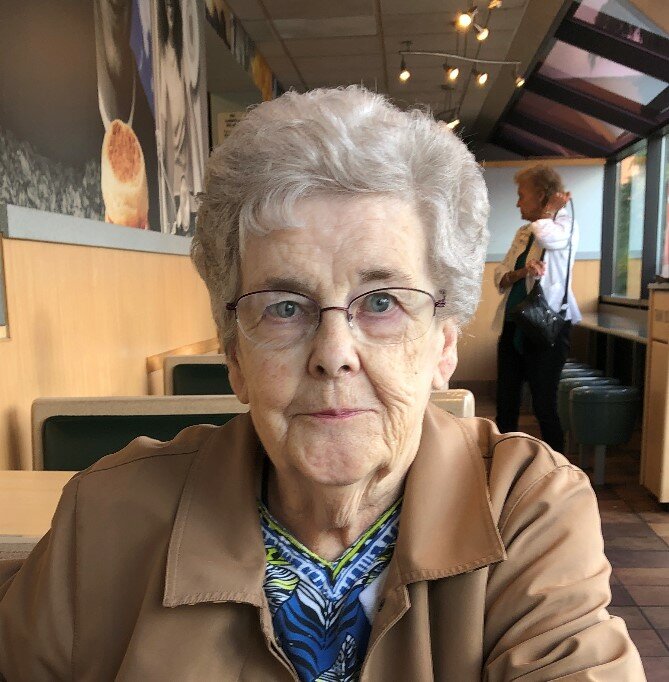 Ann Ullrich passed peacefully from this world on April 21, 2022, with her son and daughter at her side. A native Eugenian, she was born Marjorie Ann Wilhelm on May 9, 1937. On her father’s side, Ann descended from Oregon Trail pioneers, and on her mother’s side, from the proprietors of the Axbilly Store in downtown Eugene. Ann attended schools in Eugene, graduating from St. Francis High School in 1955 and, later, from Marylhurst College in Lake Oswego. She married Stan Ullrich in 1960. Ann was an avid crafter, devoting countless hours to knitting, crocheting, crewel work, counted cross stitch, oil painting by numbers, and the like. Her meticulously created afghans still grace the sofas, beds, and chairs of family and friends. After serving the State of Oregon as an employee for several decades, Ann retired and spent the next 15 years realizing her dreams of world travel. She loved exploring the world’s countries, buildings, natural features, and people, and during this time she developed an interest in and a talent for photography. She took many thousands of photos and slides, and gave many slide presentations to travel groups in the area. Always a feisty woman, she remained so until the end. Ann is survived by her children, Deborah (and husband Greg) of Fall Creek, and Tim (and wife Colette) of Fall Creek, as well as by her grandchildren Jeremy, Angela, Ben, and Ariah.

A Mass of Christian Burial will be held April 27 at 11:00 am, at St. Peter Catholic Church, with interment at Mt. Calvary Cemetery.  The family wishes to thank the caring staff at Sweetbriar Villa in Springfield and the hospice team from Brighton Hospice.  In lieu of flowers, donations may be made to St. Jude Children's Hospital or Brighton Hospice.