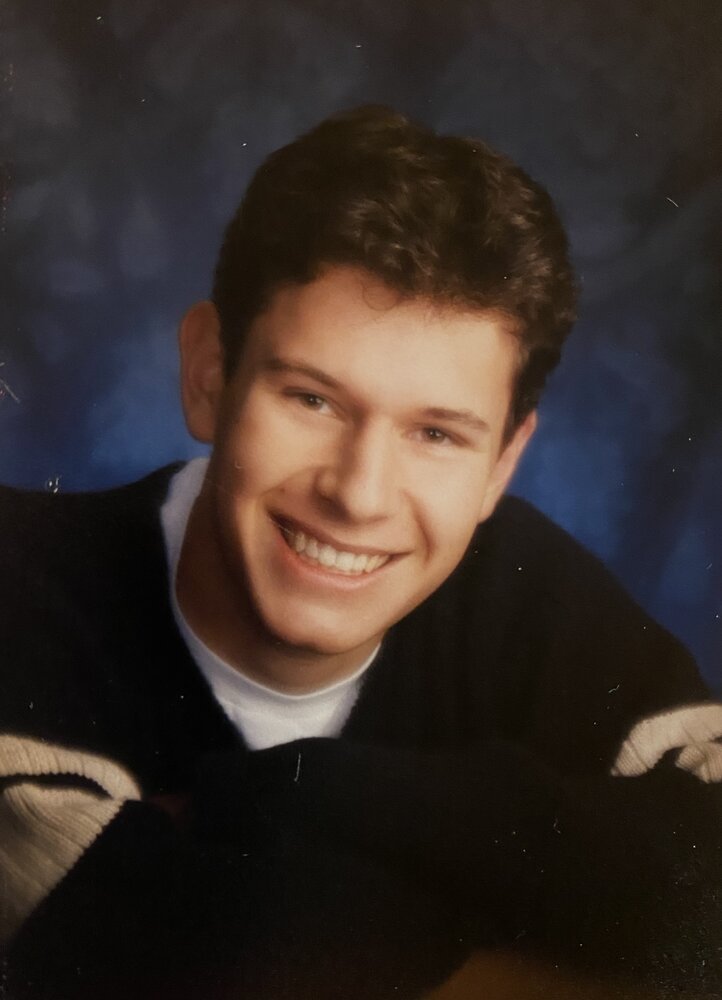 Andrew W. Karasek, age 38, of Eugene, Oregon, passed away on April 8, 2022, after a 24-year heroic battle with the complications of a brain tumor.

Andrew was curious, kind, funny and wise beyond his years. He was a gentle giant, standing six feet seven inches, a towering figure, remarkable and unforgettable, but not just for his height.

He was a serious and brilliant student. He played basketball and alto saxophone in the jazz band at South Eugene High School, where he graduated with an International Baccalaureate diploma.

He was proud to attend Stanford University where he majored in History, graduating in four years, despite medical setbacks. One of his favorite experiences during college was studying Russian history at Oxford University, relishing the chance to travel around Europe. After college, he lived in Denver and San Francisco, before moving back to Eugene, where he spent his last 14 years.

Brave and strong, Andrew was an optimist who remained dedicated to his dreams and ambitions, even as they were chipped away. His illness forced him to undergo numerous surgeries and hospitalizations, cutting short his career, family plans and path in life. He continued to find strength and joy in his relationships with his family, friends and long-term caregivers.

His courageous and calm demeanor in the face of loss was an inspiration to his family, friends and everyone he met. He never complained, treating everyone with respect, patience and kindness. Among his greatest comforts were gourmet meals, listening to Bob Dylan, watching Seinfeld reruns, and laughing with his friends and family. He will be deeply missed.

Andrew is survived by his parents, Dr. Michael Karasek and Jean Diamond, his sister Deborah Karasek, his brother-in-law Benjamin Friedland, and his nephews Oscar and Sylvan Friedland.

A burial service, attended by close friends and family, was held on April 12 at Masonic Cemetery.

If friends wish to donate in Andrew’s memory, the family has established the Andrew Karasek Memorial Fund of the Oregon Community Foundation. Initially, the family intends to use this charitable fund to support adult survivors of childhood brain tumors. Online gifts may be made at: oregoncf.org/andrew-memorial-fund.