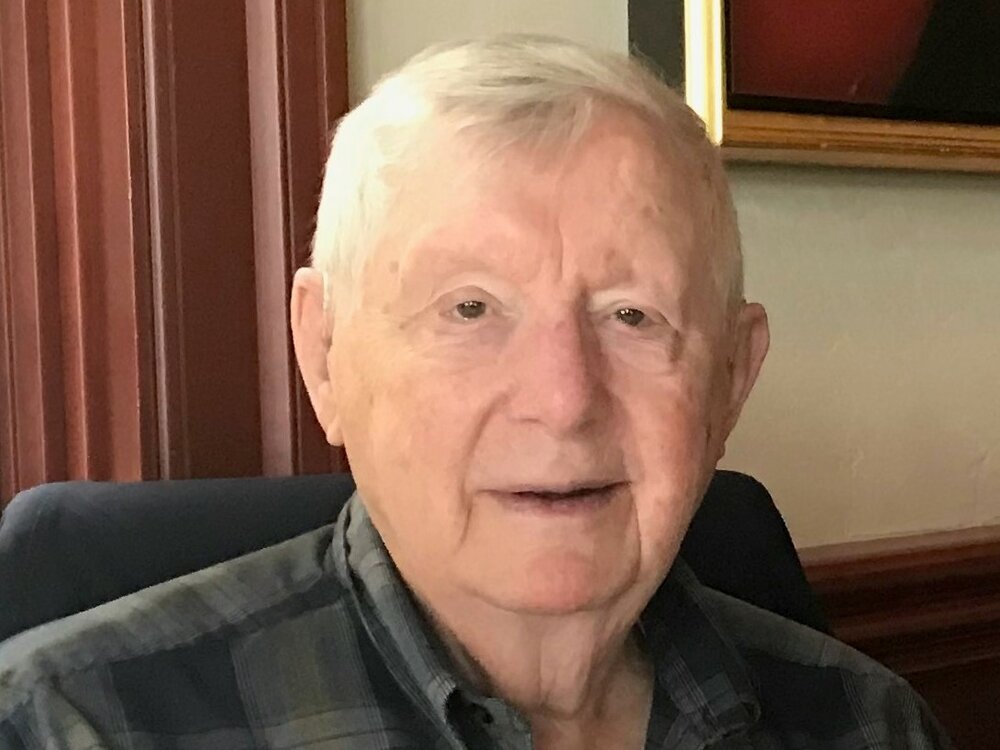 Harold Ivan Laursen of Eugene, Oregon, known to his family and friends as Hal, died on March 15, 2022 at the age of 90. Hal was born in Ord, Nebraska to his parents Ejvind and Jacobine (Johnson) Laursen.  He was the third of six siblings.

After growing up in Ord and graduating from Ord High school in 1950, Hal moved to Oregon where, with the exception of his Navy service during the Korean War and some temporary school and work assignments throughout his career, he lived for the remainder of his life.

After his Navy service ended in the early 1950s, and inspired by the officers he served under, Hal commenced his training as a civil engineer, earning a Bachelor’s degree in 1958 from Oregon State University.  That same year, he married his college sweetheart Karla (Kuhnley) Laursen, who graduated from the University of Oregon that same year.  Hal and Karla began their long and happy life together as a family, raising two children in Corvallis before eventually moving to Eugene upon retirement.

Hal’s professional career as a civil engineer was marked by important contributions to the profession as a practitioner and as an academic leader.  After earning a Master’s degree in civil engineering from Oregon State University and a PhD in the same subject from the University of California at Berkeley in 1963, he joined the faculty of Oregon State in the Civil and Environmental Engineering Department, where he served as a professor until his retirement in 1990.  He particularly distinguished himself as a teacher (winning multiple teaching awards and distinctions from his department and college), as an internationally known structural engineering author (publishing a seminal textbook on structural analysis that appeared in several editions over the years) and as a mentor to countless undergraduate and graduate students, including several PhD students for whom he was the primary advisor.  He was also a professionally licensed structural engineer and frequently consulted on matters relating to structural soundness and earthquake engineering throughout the US and Pacific Northwest in particular.

His family lovingly remembers him as an exceptionally dedicated and affectionate husband and father, who was generous to those around him.  He enjoyed boating, fishing, crabbing, camping and backpacking, and imparted a love of the Oregon outdoors to his family.  He was also an exceptionally talented wood worker, and particularly excelled at making high quality home furniture, and, in later life, wood carvings which filled both his home and those of his children.  He and Karla greatly enjoyed travel, and cruised all over the world in their retirement, including destinations in the Americas, Africa, Europe and Asia.

Hal was preceded in death by his wife, who died in 2002, and is survived by his two children Tod and Krista, their spouses Jennifer and Luca, and four grandchildren.   Hal’s remains will be interred at Willamette National Cemetery next to those of his beloved wife.   No memorial services are planned.

In lieu of flowers, the family asks that donations in Hal’s memory be directed to St. Jude Children’s Research Hospital in Memphis, TN or to the American Cancer Society.