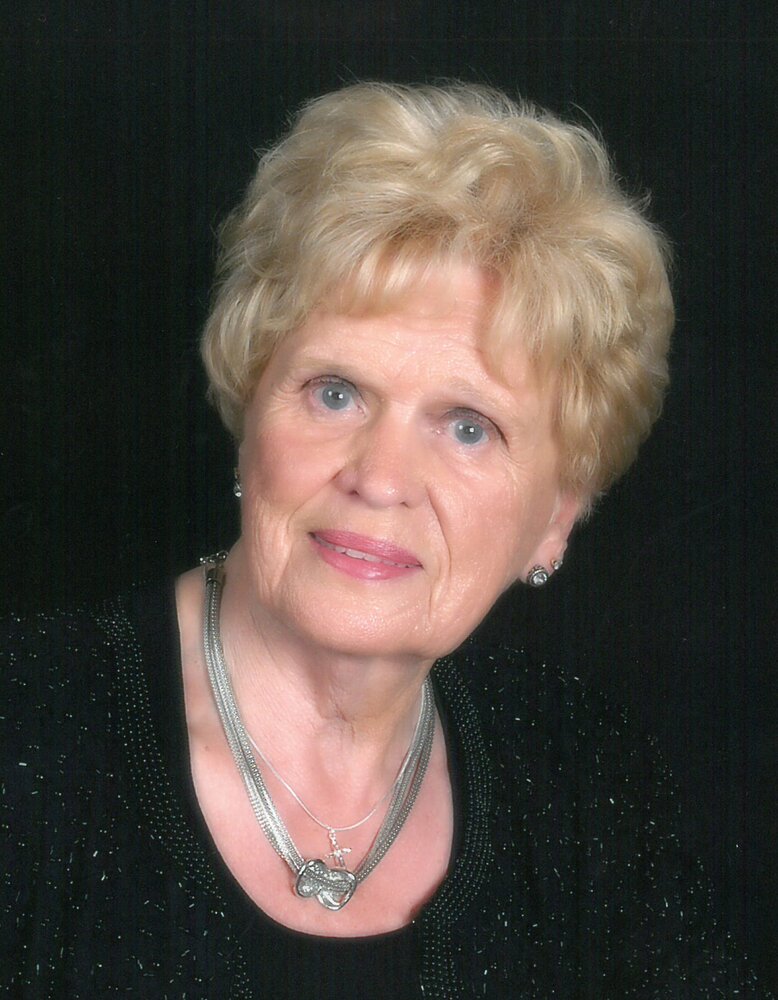 Arlene Mae Svingen passed away peacefully on March 11th at the age of 88.

Arlene was born July 3, 1933 in Fargo North Dakota to Arnold P Stenberg and Alice E (Brager) Stenberg. The family moved to International Falls Minnesota that same year. She grew up ice skating on the frozen lakes in the winter and sunbathing on their shores in the summer. At 18 she followed her family to Missoula Montana. She worked as a telephone operator in Montana and Hawaii, and as a secretary at the University of Montana.

Arlene met Russ in Missoula when he was a student at the University. After his graduation in 1958, they married in Eugene. They had 61 wonderful years together raising their children, hosting numerous family events at their farm and traveling.

Arlene belonged to many organizations, clubs and Christian groups over the years including the Sons of Norway, Christian Women’s Club and many more. She also spent countless hours volunteering with Youth with a Mission (YWAM), being a ‘cuddler’ for premature babies at Sacred Heart Hospital, and serving on the board of Children’s Services where she became a foster Mother to numerous children. Arlene was a homemaker when her kids were young, but later went to work in the office at Sheldon High School - a job she loved.

Arlene was a people person and had a gift with drawing people in. She loved being social and through organizations, her church and work, she made many lifelong friendships. So many people counted her among their best friends.

Arlene loved the sun and being near the water and often traveled to sunny locations like Hawaii, and later spent her winters in Palm Springs. She raised her kids with that same love and created summers filled with fun times at lakes, rivers, pools and the outdoors.

She was truly a woman of faith and always had her bible nearby. She was often asked to pray for, and with, various friends and family and her prayers had a special way of bringing comfort to people.

She cherished her grandchildren and great grandchildren and was the ultimate grandma/nana - always quick to offer treats, toys, send them to summer camps, and give them lots of love. She took great joy in seeing them smile.

Arlene is survived by her daughter Debi Svingen, son Mark Svingen and his wife Tracie, all of Eugene, and daughter in law Lisa Svingen of Missoula, six grandchildren and six great grandchildren. She was proceeded in death by her husband Russell Sr and her oldest son Russell Jr (Lisa).

As per Arlene’s wishes, a funeral or memorial will not be held. She wanted her friends to remember her as she was in life. She felt blessed to have so many special friends.

A private family burial service will take place at Lane Memorial Gardens. Those that wish to donate in her honor can do so to YWAM or a Christian organization of their choice.