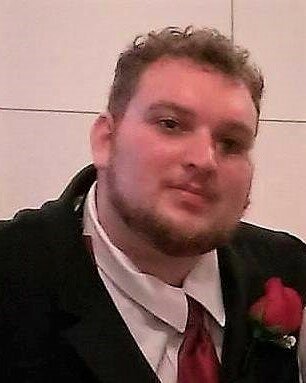 Josh was born and raised in the Eugene/Springfield area until the family moved to Harrisburg, OR when Josh was in high school. Prior to the move Josh attended Howard Elementary, Monroe Middle, & Sheldon High. After the move he attended Harrisburg High until his senior year at which time he moved to Albany and attended Options Academy from which he graduated.

Josh was an active and joyful child who grew up to become a strong responsible young man who began volunteering for the Harrisburg Library after school hours.  While he was still in high school Josh began regularly volunteering at the H.A.R.T. Center and continued until 2018 after losing his grandfather and being in a vehicle/pedestrian accident which caused him to be unable to walk to the Center, however, he continued to volunteer whenever he could get a ride until his untimely passing.  While at the Center Josh spent several years there heading the IT Department, obtaining donated computers for the center as well as free or nearly free software and games for the kids at the center. Josh eventually became the Head of the Board of Directors for the Center and enjoyed serving in that capacity as well. During his time at the Center he was integral in getting the Center moved from being part of the city to an independent 501-C-3 Non-Profit. In 2018 Josh received an award from the Center and the Board for all the work he had done for the Center.

Josh loved Computers with a joy that many don’t get the pleasure of seeing. When given computer books or broken pieces and parts he was in his happy place!  He also loved playing games online with friends locally and from around the world. He enjoyed camping, BBQing, and spending time with his cat “Arwin”.

Josh enjoyed playing Dungeons & Dragons with his friends and spending time with Family.  He had a wonderful tender heart which he showed by doing special things at times, but the biggest thing that comes to mind is the stray cat he rescued from the cold this winter right before the snow. He found out she was pregnant with kittens and kept her and the kittens safe and warm until they were old enough to be adopted then he made sure they all had good homes including mama cat.

Josh is survived by his mother Cheryll, his father Craig, brother Joe, sister Jenny, aunts and uncles, nieces and nephews, & cousins...Josh will be missed by all who knew and loved him.

To send flowers to the family or plant a tree in memory of Joshua Ressler, please visit Tribute Store