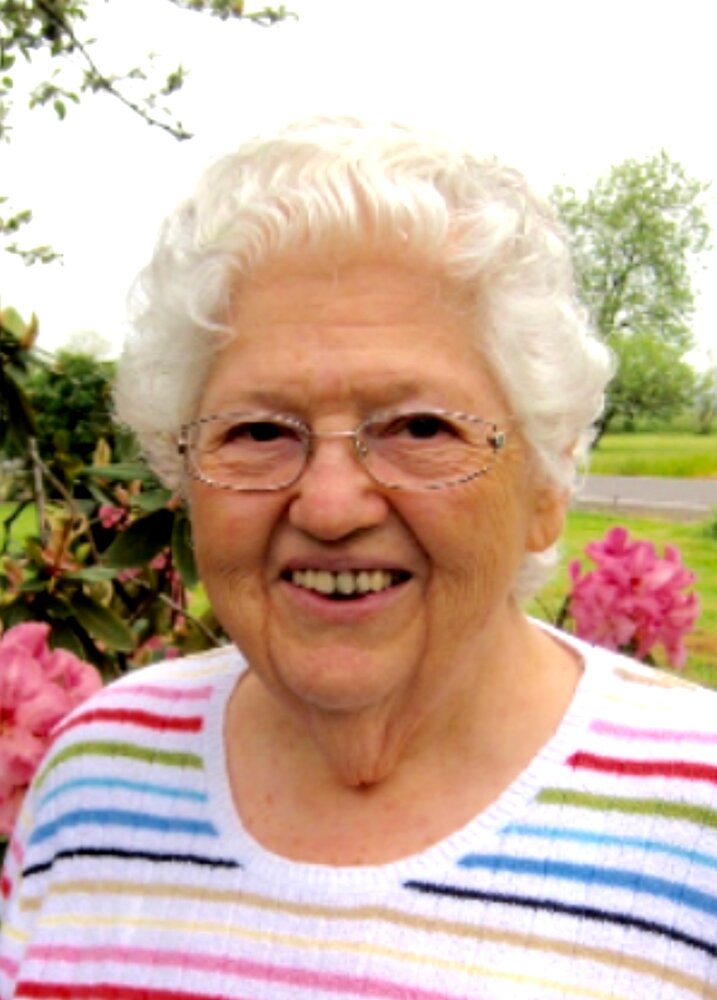 Hazel was raised in Staples Minnesota with her sister, Mabel and her brother, Harry. She graduated from Staples High School in 1943 and the Minneapolis Electronics, Radio and TV Institute where she trained to work in the Airline Traffic Control industry.

Hazel was married to Edwin Unterseher on

August 7, 1946, in Wadena, Minnesota where they owned a farm.  They moved to Harrisburg, Oregon in 1948 where they built a house she lived in for nearly 70 years.  She worked as a clerk and salesperson at Dinty’s New and Used in Harrisburg and Chapel of Memories in Eugene.  Hazel also was an Income Tax Consultant, housewife and mother.

Hazel was active in the Junction City Seventh-day Adventist Church.  She loved working in the children’s divisions, Vacation Bible School, Pathfinders and Dorcus.  She also was a member of the VFW Auxiliary, Foresters, Harrisburg Quilters and Maranatha.  While serving in Maranatha she had the privilege of participating in short term mission projects in Fiji, Mexico, China, and many places in the United States.

She is survived by her two children, Edna Jean Rindahl (Jim) and Larry Unterseher (Rhonda); her two grandchildren, Kim Espinoza (Alex) and Mike Unterseher (Emily); and her four grandsons Austin and Aaron Espinoza and Jacob and Bennet Unterseher.

She kept this handwritten prayer in her well-worn Bible: “Oh Lord, the day is ahead, renew my strength for today.  Let the Holy Spirit reach in the depths of my soul, the depths of my being and renew me spiritually, mentally and physically.”

To send flowers to the family or plant a tree in memory of Hazel Unterseher, please visit Tribute Store