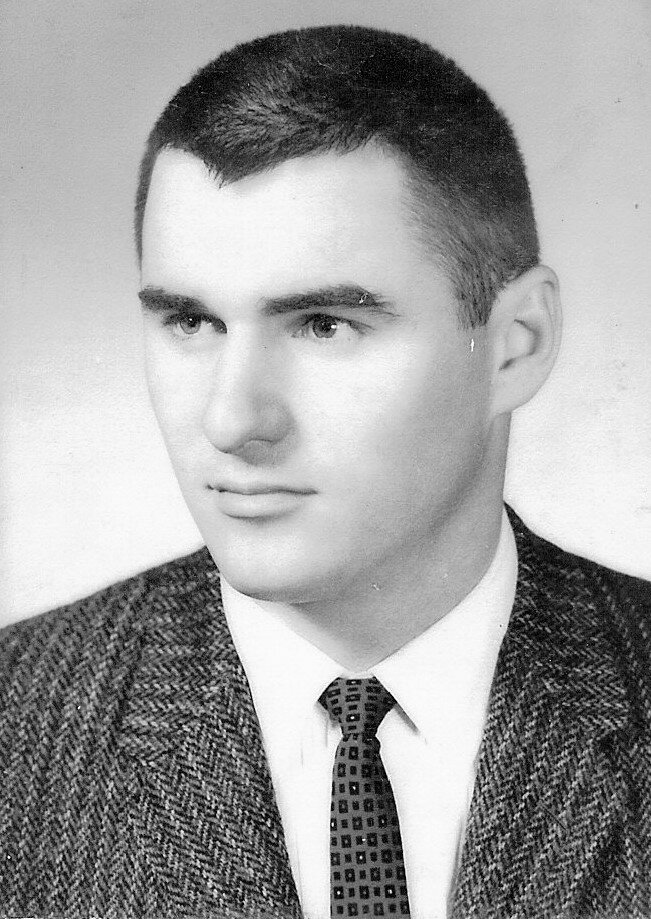 There are no words that can adequately describe the life that David (Dave) C. Brewer left behind on January 24, 2022. Dave was an adoring husband, loving father, committed son, devoted sibling and loyal friend to many. His death feels surreal and leaves those who knew, depended on and loved him deeply at a loss.

Born June 2, 1936, in Centralia, Washington, to Gene and Helen Brewer, Dave was the oldest of three and spent his early childhood in Orangeburg, South Carolina, and Redding, California. Dave was a three-sport athlete (football, basketball and baseball), graduating from Shasta High School in Redding before attending Menlo College, where he was named All-Around Athlete his sophomore year.

In 1958, while in Tucson, Arizona playing minor league baseball, Dave met the love of his life, Jeanne. After he graduated from University of Oregon, Dave and Jeanne were married on June 27, 1959, in Pennsylvania, and then headed west to start a new life together in Redding. Upon their arrival, they received notice that Dave had been drafted and so immediately headed back to the east coast to begin his service at Fort Benning, Georgia. After completing his time in the Army, Dave and Jeanne headed back to Redding where Dave began his 50-plus year career in the lumber industry which included positions at US Plywood, Champion Building Products, Maywood Anderson, and Seneca. During this time his gifts of patience, introspection, mediation and wisdom developed such that he often was sought out as the expert to consult in business matters large and small. Dave was slow to judge and quick to support others in both personal and professional matters; he was a compassionate and encouraging cheerleader, believing in others…which endeared him to all.

During that time, Dave and Jeanne raised their family of three: Cathy, Mike and Molly. Life revolved around family, friends and sports. Dave was president of Redding Youth Baseball; officiated high school and junior college football; played baseball, fastpitch softball and basketball; and cheered on the San Francisco 49ers and Giants, as well as the Oregon Ducks.

In 1976, Dave moved the family to Eugene, Oregon, and soon joined the Eugene Country Club where he developed strong friendships with his Tuesday Night Golf, Cosmic Cowboys and River Docs buddies. Dave was deeply curious, always asking questions and listening intently to the answers; in his relationships, he demonstrated his support of and belief in others, thereby making people feel seen, heard and special. Upon receiving news of Dave’s death, one golfing friend wrote, “Dave was always very special to me… What made him so great was that he made all of us feel special, because that’s the way he was. Dave was a great friend and that is an understatement.”

Dave and Jeanne cheered on the Ducks, both at home and away: If it was University of Oregon and it was sports, they were there. Through good scores and bad, Dave never left before the final second ticked off the clock.

After retirement, Dave and Jeanne spent significant time at the Oregon Coast, enjoying sunsets, walking on the beach and studying an ever-changing ocean. Dave was Board President of Little Creek Cove and worked tirelessly to continue the legacy his father, Gene, left in Newport, Oregon.

Dave loved his family and his friends, both connecting and belonging. Always up for a night of music or watching his oaters, Dave lived and loved his life. He was deeply funny and quick-witted, finding humor in even the most dire scenarios. He was an extraordinarily patient peace maker, with a Little Creek colleague recounting, “Dave’s leadership was steeped in tradition and simmered in quiet influence.” He made space for others, no matter what room he was in; all it took was one quick joke from him and people knew they’d be part of Dave’s team, forever.

Dave treasured his relationships and is survived by his wife of 62 years, Jeanne; his children Cathy of Portland, Oregon; Mike (Barbara), also of Portland; Molly (Jerry) Kent of Brush Prairie, Washington; grandchildren Joshua, Elizabeth and Carson; siblings Robert Brewer and Elizabeth Franz; as well the many people who considered him father, brother, coach and friend.

A Celebration of Life will be held at a future date, complete with Dave’s request to play “Spirit in the Sky” by Norman Greenbaum since he’s gone to the place that’s the best. In lieu of flowers, please make a donation to a favorite charity. And consider tipping a glass of ice water in a green ECC cup or yelling Go Ducks! in his remembrance and honor.

To send flowers to the family or plant a tree in memory of David Brewer, please visit Tribute Store