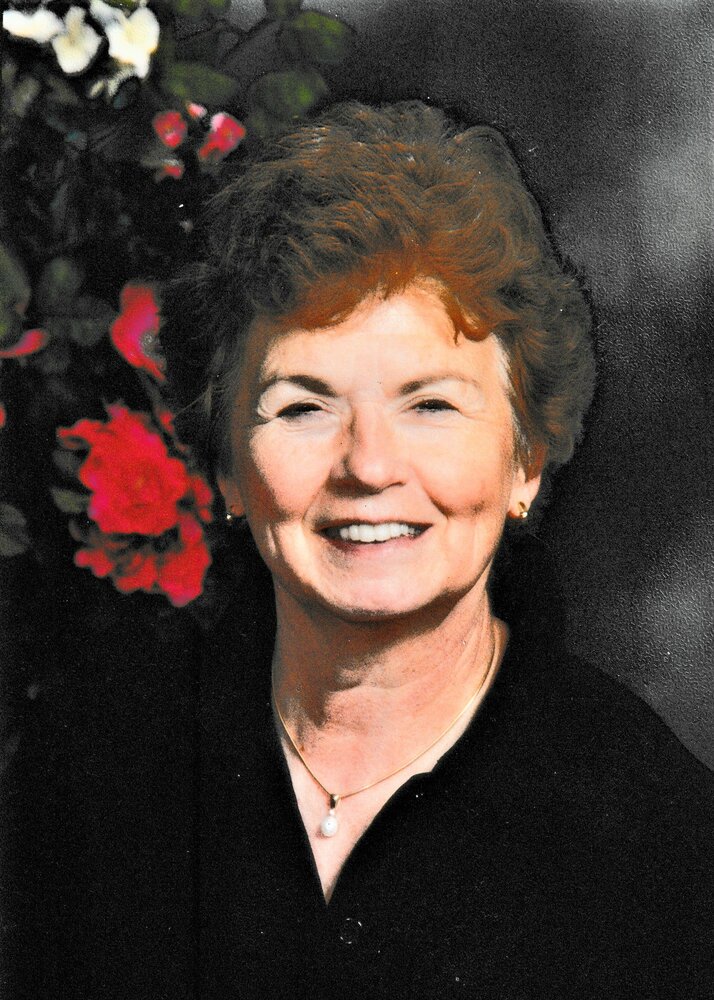 Helen Patsy "Pat" Fahey of Eugene, Oregon, passed away from complications after her valiant 15-year battle with Parkinson's Disease on January 16th, 2022, at the age of 85. She will be dearly missed by her community at St. Peter Catholic Church, by her many devoted friends, and most of all by her adoring family.

Pat was born on November 30, 1936 in Caldwell, Idaho, to Robert and Helen Armfield (nee Brown). She was the second of their five children, sisters Jackie English, Roberta Lippert, and Sara Meltebeke, and brother Gary Armfield. When she was 4 years old their family gave up life on the farm and moved to Portland, Oregon. For the rest of her life she remembered that great journey up the Columbia with amazement.

She graduated from Franklin High School in Portland in 1954. It was also in Portland that she met the man who was to be the love of her life, Robert Leo Fahey. She was volunteering at Providence Hospital where he was an orderly and she was a candy striper, and to her dying day she remembered how fine he looked in his white uniform. They were married in 1958 at St. Rita's Catholic Church in Portland, and in 1959 they had their first child, Matthew. Their second child, Sara, was born in 1962, and in 1965 they all relocated to Eugene where she would make her home for the rest of her life.

Pat had many talents. She was an excellent seamstress, a masterful cook, cultivated roses and arranged flowers, and had an eye for interior design. Most of all, she was the ultimate example of a friend, wife, aunt, mother and grandmother. She was the rock of her family, and she sent the best letters. Her kindness and generosity will be long remembered by those who knew her and will be felt even by those who did not.

Pat is survived by her children, Matthew Gilbert Fahey and Sara Fahey Wilson, and by six grandchildren, Stephanie Fahey, Gabriel Wilson, Alex Wilson, Hayley Wilson, Maia Wilson, and Beau Slayton. She was preceded in death by her husband, Bob, and a grandson, Shea Slayton. The memorial service will be held at St. Peter Catholic Church at 1150 Maxwell Road on Friday, February 11th, 2022, at 11am. Father Joaquim will preside over the mass.

The family requests donations be made to St. Peter Catholic Church in Eugene, Oregon, or to The Parkinson's Foundation in the name of Helen P. Fahey. Arrangements entrusted to Musgrove Family Mortuary. Please access the obituary and you are invited to sign the guestbook at musgroves.com

To send flowers to the family or plant a tree in memory of Helen Fahey, please visit Tribute Store