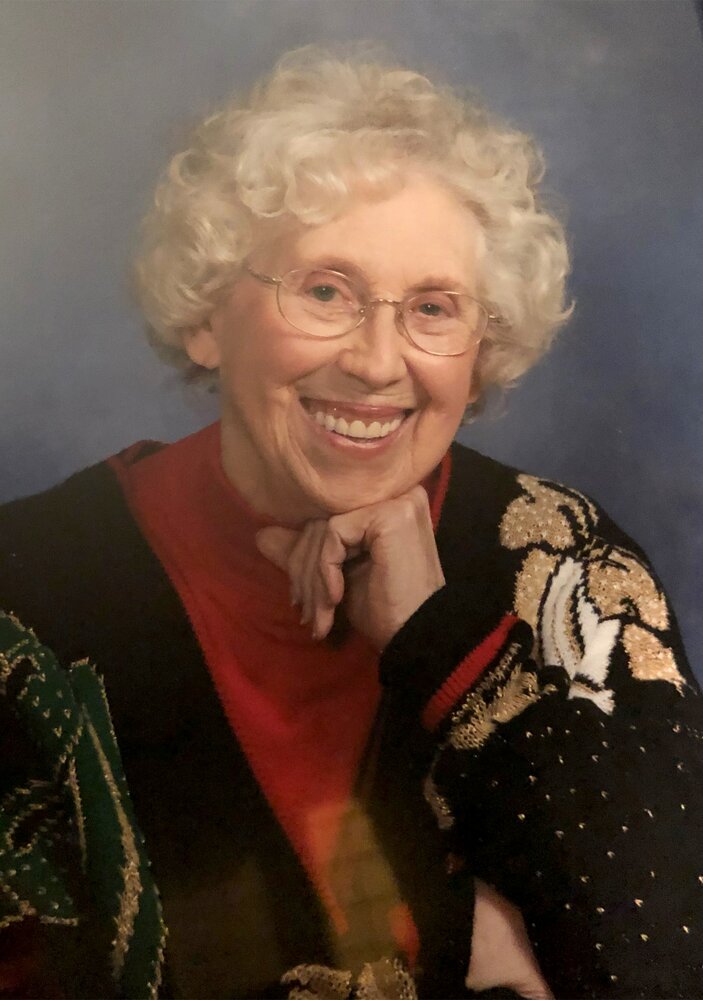 Mrs. Yvonne Stenzel passed away peacefully at home surrounded by love after four months in home hospice following a heart attack in September, 2021. Yvonne Renee Carpentier was born in Minnesota Lake, Minnesota, to Dr. Ernest Carpentier (Veterinarian) and Cecile Carpentier (nee Carey) and grew up as an only child. She graduated high school from the Academy of Our Lady of Good Counsel in Mankato, MN, in 1946, and earned a Bachelors Degree in Social Science from the College of St. Catherine in St. Paul, MN in 1950. Yvonne was an accomplished pianist and taught 7th grade. On December 27, 1951, Yvonne married David Milton Stenzel (a physician anesthesiologist) and by December 1952 gave birth to their first of six children, Paula. The Navy ultimately brought the Stenzels to San Diego where they raised their six children and Yvonne was very involved with St. Martins Catholic Church. During her over 40 years in San Diego, they cultivated many friendships, including very close bonds with the Dalys (Dr. Brendan and Theresa); the Ecksteins (Dr. Dick and Anna Mae); and the Walshs (Harry and Marguerite) otherwise known as the “Irish Mafia”. Yvonne was a devoted wife to a busy physician and mother to her six children. Paula became an immune-chemist in Seattle (passing away in 1999 from ovarian cancer); Patti became a mental health specialist in Montana; Peggy worked as a planner in the aerospace industry for both General Dynamics and Boeing; Susan became a school nurse in Pennsylvania; John became an airline captain for American Airlines; and Matthew is an anesthesiologist in Eugene, Oregon. After 40 years of marriage, David passed away from cancer in 1992. Yvonne went back to school at age 65 to become a chef and served as the pastry “strudel queen” for the Hotel Del Coronado and even cooked for President Clinton. In 2002, Yvonne moved to Eugene to be closer to family in the Pacific Northwest. She was very active in St. Pauls Catholic Church and knitted many baby blankets with joy in her heart. Always fond of books, she read voraciously, with the mystery genre her favorite. There are two words that best describe our mother; Kind and Generous. At just short of 94 years, she lived a long and marvelous life. Yvonne is survived by her remaining five children, grandchildren and great grandchildren as well as extensive Stenzel clan. In lieu of flowers, please support your own favorite charity. Arrangements entrusted to West Lawn Memorial Funeral Home. Please access the obituary and you are invited to sign the guestbook at musgroves.com

To send flowers to the family or plant a tree in memory of Yvonne Stenzel, please visit Tribute Store