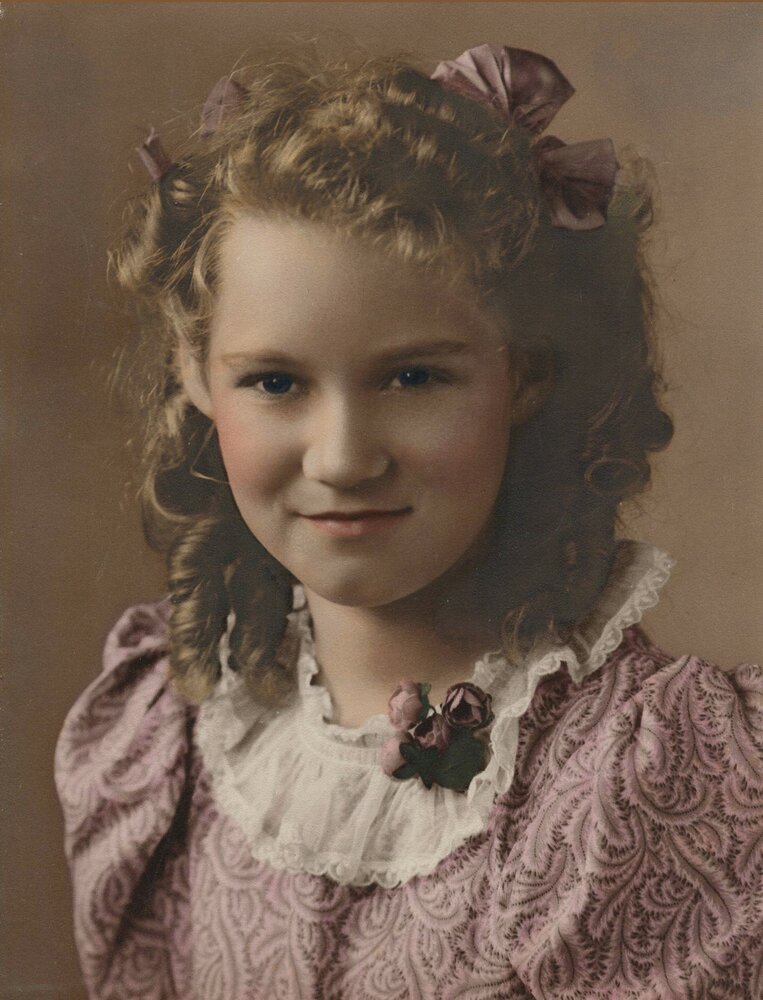 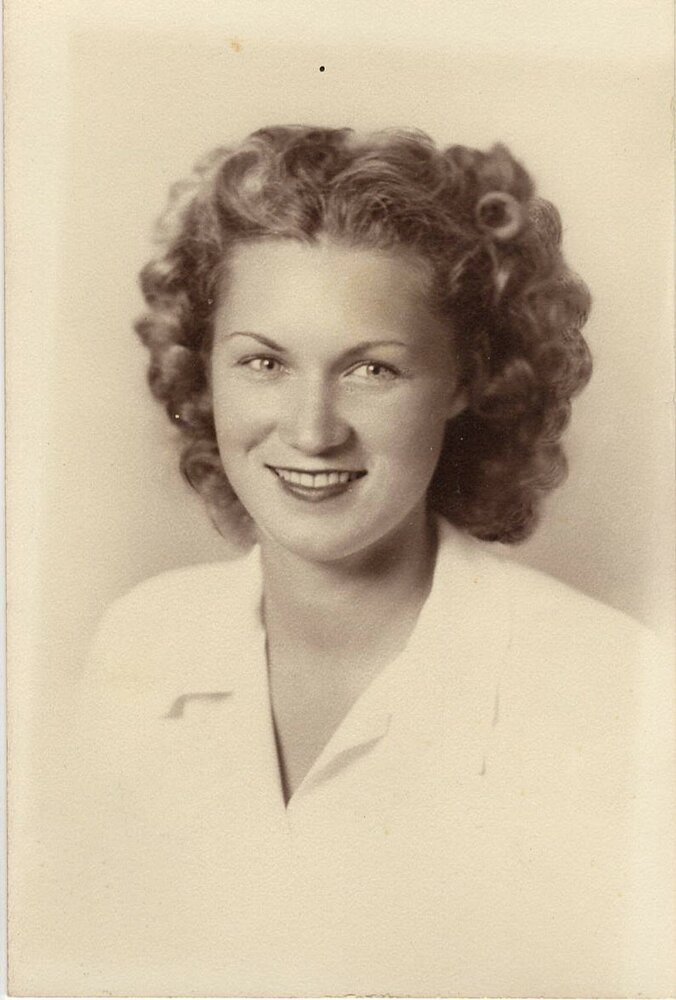 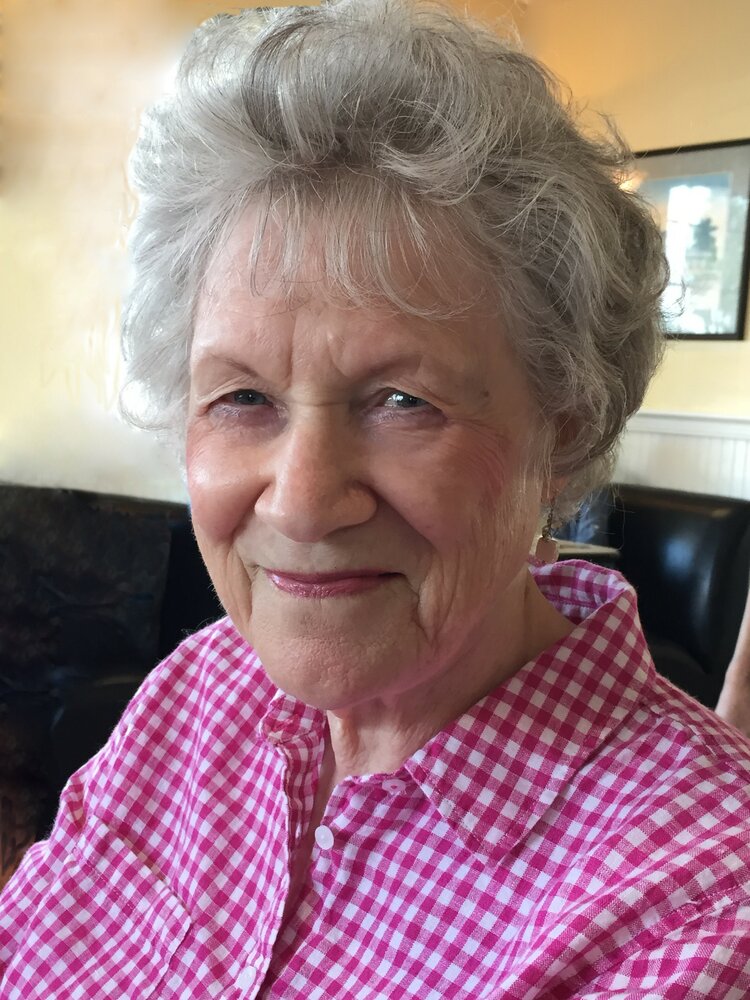 We are saddened to announce the passing of Shirley Aubertine on January 4, 2022 due to a short bout with gall bladder cancer.

Shirley was born December 15, 1930 in Long Beach, California to Quinn William McFedters and Harriet Elizabeth Pernet McFedters. She was an only child until her sister Susan was born twelve years later. When she was eight years old the family moved to Seal Beach, California where her love of the beach grew strong. She was her dad’s pal and loved to beach comb, ride bikes, go to the horse races, and fish off the pier with him. She took an interest in sports in fifth grade and played tennis, basketball, softball, field hockey, badminton, roller skated, and played catch with anyone willing to play. She graduated from Huntington Beach High School in 1949 where she was involved in the Girls Athletic Association and choir. She was chosen to sing the aria from Carmen her senior year with her beautiful soprano voice.

Shirley’s dad introduced her to golf at age 12, which played a major role in her life and led to many championships. The highlight was being the runner-up in the USGA National Amateur Women’s Golf Tournament in 1952 at the age of 21. She received some notoriety from this experience and was a featured golfer at Virginia Country Club in Long Beach where Howard “Bud” Hale was a new assistant golf pro. Shirley later dated and married Bud.

After high school, Shirley received an AA degree from Long Beach City College where she was involved in all sports. She went on to get a BS degree from UCLA, majoring in Physical Education and Health. She golfed with the men’s golf team, but the physical education department was opposed to competition for women. She was a scratch golfer and if she had been able to play she would have been the third “man” on the team. This was written up in the papers at the time and likely taken into consideration as women’s sports advanced. She was also involved in music and took voice lessons while at UCLA. She attended Long Beach State to get a graduate degree in teaching.

Bud and Shirley married June 19, 1955, and later moved to Manhattan Beach. They went on to have four children, David, Gregg, Carolyn, and Nancy, all two years apart. Shirley shifted her focus to her husband and family, where she was an excellent cook, seamstress, and homemaker. She was a supportive partner to Bud as he was a golf pro, golf course owner, obtained a Masters in Education from USC, became a teacher, principal, school administrator, and business manager. She taught all her children to love sports and supported them at every game and activity they pursued.

As the family grew, Bud and Shirley began to look for a larger house, which led them to Santa Susanna, California. Shirley considered this a miracle, as it led to her introduction to the Church of Jesus Christ of Latter-day Saints. Shirley had been raised a Methodist, even playing the church organ as a teen, and was active in the Episcopal Church, which was Bud’s family’s faith. She had always been interested in deeply religious things. Her questions were never satisfied until she took the discussions from the Latter-day Saint missionaries. Her testimony of faith continued to grow and she was a devout member of the Church, offering service to all of the Church auxiliaries throughout the rest of her life.

In 1969 Bud took a job in education in Cottage Grove, Oregon, twenty miles south of Eugene. All of their children graduated from high school in Cottage Grove and they made many dear friends. In 1989 Bud and Shirley moved to Eugene, closer to Bud’s work.

In 1990 Bud and Shirley were called on a mission to the West Indies, serving in St. Vincent and St. Lucia. They worked hard and taught their island friends much about Jesus Christ. Shirley kept in contact with her mission friends in St. Vincent until right before her passing. Eight months after they returned from their mission Bud passed away on April 29, 1991, at age 69.

Shirley, who was age 60 when Bud died, spent the next 15 years traveling the world with friends to destinations such as New England, Washington D.C., LDS Church historical sites, Egypt, Israel, Ireland, England, several parts of Europe, and Central America. Shirley took French for many years to learn more about her French ancestors. In 1994 Shirley headed to Paris to attend BYU Study Abroad with students of college-age. She was able to make several side trips on weekends to parts of France and Switzerland to discover more about her ancestors, meeting several relatives. Her urgency to come to France, she said, was like her drive to go to Santa Susanna, and she was grateful for the miracles she experienced there.

At age 75, Shirley met a fellow golfer she was paired to play with named Horace Aubertine, who was 80. After a courtship, they married in 2006 and enjoyed a wonderful relationship until Horace’s passing on July 13, 2020. She has missed her companionship with Horace. In October 2021 Shirley moved into Gregg’s mother-in-law apartment and lived there with Gregg and Lisa until her passing. True to her athletic life and healthy ways, Shirley had been swimming and walking on a regular basis until November 2021, when the pain of the yet undetected cancer became too much.

Shirley is predeceased by her parents, sister Susan, and husbands Howard A. Hale and Horace E. Aubertine. She is survived by her four children, David Hale (Cyndie), Gregg Hale (Lisa), Carolyn Hale Louie (Kim Louie), and Nancy Hale Stewart, 10 grandchildren, and 13 great-grandchildren. She is also survived by Horace’s three sons, Andy, Matt, and Casey Aubertine, and her nephew Matt Young (Kathie Schanderl) and niece Hillary Olsen (Brett). She recognized the potential in each member of her family and was positive and encouraging through successes and struggles. Shirley was a woman of great faith and was pure and prayerful. She understood Heavenly Father’s plan of happiness and had a deep belief that families can be together forever. She had compassion for all people and was an example of unconditional love and service. She was also a lot of fun and would laugh until she cried at times. She was very special to us and to so many others.

at the Church of Jesus Christ of Latter-day Saints, 1155 President Street, Eugene. We ask that those attending either event wear a mask. She will be buried next to her husband Howard A. Hale at Willamette National Cemetery in Portland.

In lieu of flowers, please make a donation to the general Missionary Fund of The Church of Jesus Christ of Latter-day Saints, or to a missionary of your choice.

To send flowers to the family or plant a tree in memory of Shirley Aubertine, please visit Tribute Store