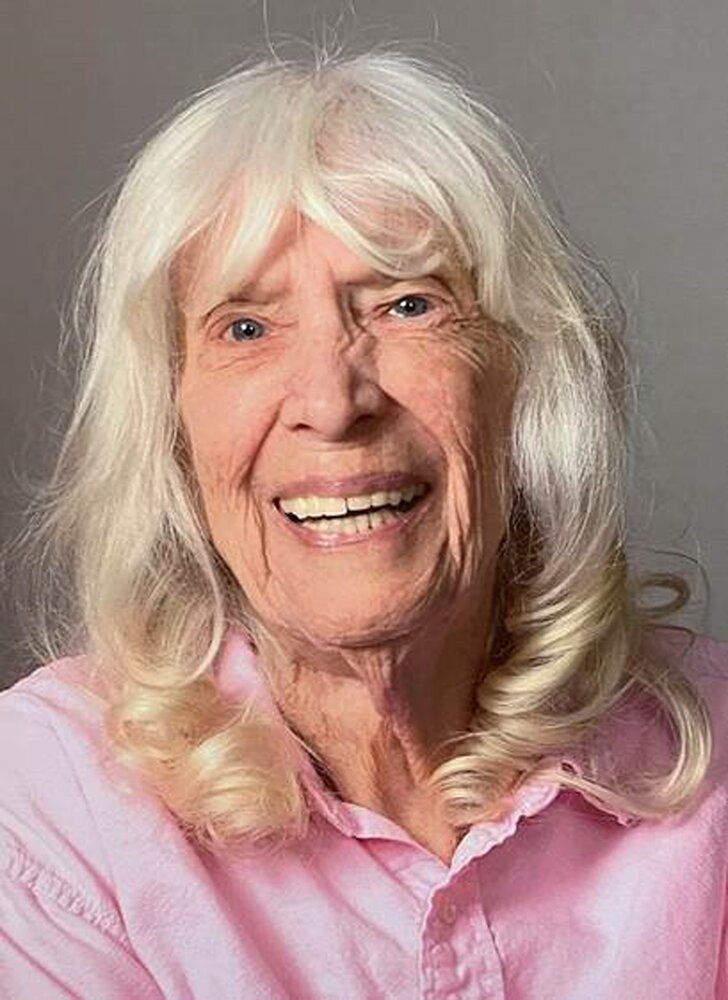 Rosemary Jean Carney died of complications from Covid pneumonia on December 14, 2021, at the age of 94, in Eugene, Oregon.

A Mass will be celebrated in her name at the St Thomas More Catholic Newman Center in Eugene, Oregon at 11:00am Sunday, January 2, 2022. There will be no memorial service at this time due to concerns of the Covid pandemic.

Rosie was born January 13, 1927, in Detroit Lakes, Minnesota to Hans and Theresa Paulson. Tragically, her father abandoned the family when she was two years old; her beloved mother, Tess, was left to raise four children on her own, doing the best she could during the Great Depression. The family moved to Duluth, Minnesota in 1929.

Rosie attended Cathedral High School through 1945. She married Donald E. Carney of Duluth, Minnesota, and they moved to Portland, Oregon in the mid-1950's and eventually settled in Eugene, OR. They had one child together, David, who was born in 1955.

Rosie was a joyful soul, and she was always finding ways to encourage family get-togethers in Oregon (of course). Her loving spirit was a gift from her mother Tess, that she freely shared with others. Rosie's interests included family, camping throughout the NW region of the US, spending time at her cabin in the Breitenbush Summer Homes, near Mount Jefferson, hiking, and cross-country skiing. Her family will miss her dearly.

Rosemary is survived by her son, David Carney-Fenton and his wife Lisa; and her grandson, Kellan Carney.

She was preceded in death by her husband Don, her two brothers, Arthur and John, her sister, Barbara, and her mother, Tess.

She will be buried at Mt. Calvary Catholic Cemetery, Eugene, Oregon with her sister and mother.

To send flowers to the family or plant a tree in memory of Rosemary Carney, please visit Tribute Store