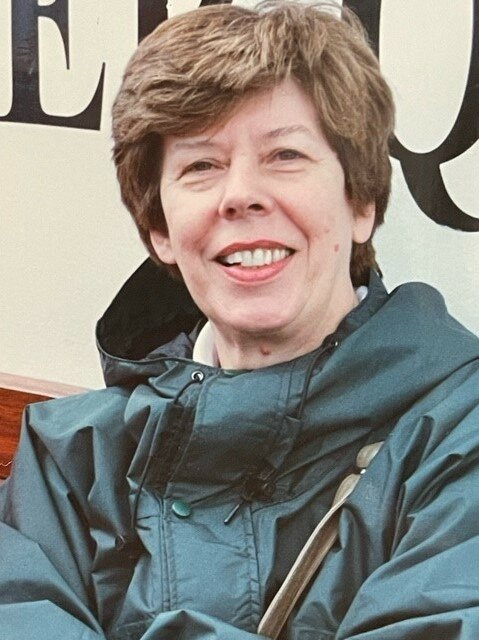 Harriet Kiltie, nee McCallum, was born on October 11, 1931 at home on Dechmont Avenue in Cambuslang, Scotland, the youngest child of John and Janet McCallum. She had three older brothers: John, Andrew and Alexander. Her father, originally a coalminer, gave her two choices upon graduating high school: she could train to be a teacher or a physician, she chose to be a doctor. As one of only five women in her University of Glasgow Medical School class she forged strong friendships and made her mark as a shrewd diagnostician and practical clinician.  She pursued residencies in general practice clinics near Glasgow and the Highlands before embarking on what was to be a two-year adventure practicing medicine in the United States.  After a brief stint at a hospital in Dallas and a few years at Doctor’s Hospital in New York City, she married Patrick Kiltie on April 13, 1961 and settled in Ridgewood, New Jersey for over two decades, raising her daughter, Moira, there with Patrick.  She enjoyed a thirty-year career at Lederle Laboratories starting as a medical writer and retiring as a Vice President, serving as the head of clinical trials and regulatory affairs during her tenure. She was particularly proud of her role on teams that produced Methotrexate and Suprax. She inspired many women and men as a leader, manager and mentor, particularly at a time where there were few women M.D.s practicing, let alone in the higher levels of management at pharmaceutical companies. She traveled widely, enjoyed many a visit with her nieces, nephews and their children in Scotland, the Caribbean and Italy and reveled in all the opportunities open to her because of her father’s insistence that she pursue a career.  After retirement she moved to Eugene, Oregon to be close to where her daughter settled. She enjoyed a decade of playing tennis regularly at Eugene Swim and Tennis Club, attending the Eugene Symphony and being the best friend ever to her grandson Charlie Kentros and granddaughter Natasha Kentros.  Harriet passed early the morning of December 28, 2021. She is sorely missed.
In lieu of flowers, please consider supporting her favorite charities in her honor: Doctors without Borders https://www.doctorswithoutborders.org/  and Smiletrain https://www.smiletrain.org/.