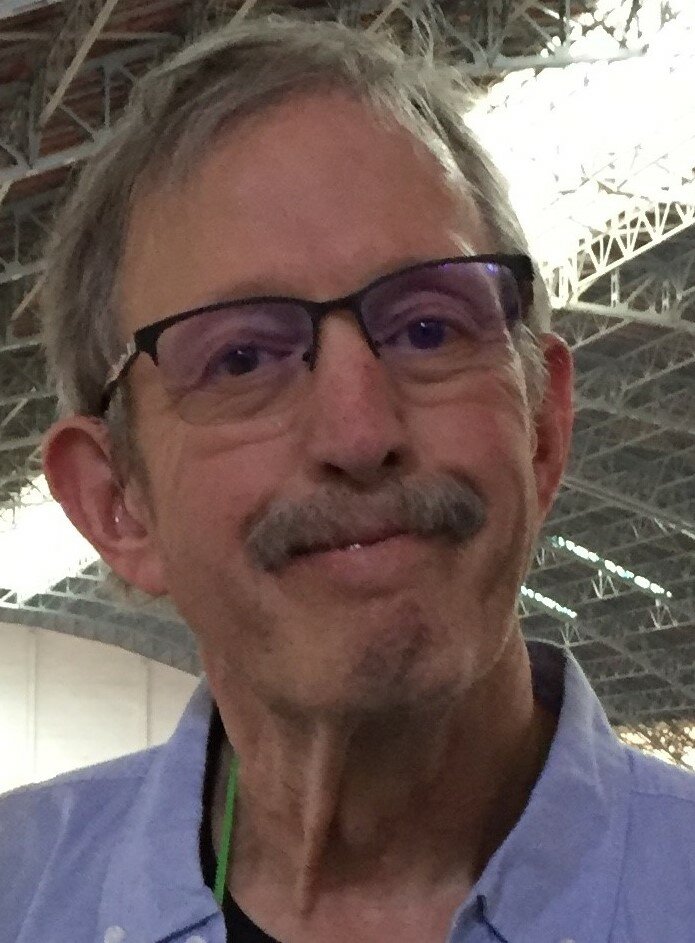 On the morning of October 11, 2021, Gregory Allen Howard died peacefully with family present at Riverbend Hospital in Springfield, Oregon.  Born on September 11, 1947, in Charleston, S. Carolina, Greg was fortunate to grow up in the beautiful hills of southwestern Virginia, the middle child of his parents, Dale and Jo Howard.

After high school graduation, Greg enlisted in the Navy, serving throughout S.E. Asia with the 7th Fleet Intelligence Division.  He survived the disastrous fire aboard the USS Forrestal and was honorably discharged at the end of 1968.  Rejoining his parents (who had moved from VA to OR while he was at sea), Greg enrolled at Portland State University.  He later transferred to the University of Oregon after meeting his future wife, Dawne Harris.  Higher education was of paramount importance in satisfying Greg’s broad interests.  He earned two double-major BA degrees at UO, graduating Phi Beta Kappa in Journalism/History and Psychology/Education.  He later added teaching credentials in English Literature and Poetry at Oregon State University.

Greg and Dawne married in 1974 and soon began an adventurous life in Longview, WA.  Greg began teaching at Clatskanie High School (on the Oregon side of the Columbia River).  After exploring much of WA and western Canada for two years, they returned to Eugene where Greg assumed the general manager job at the U of O’s Emerald newspaper.  Later, Greg accepted a teaching assignment at Thurston H.S. where his classes in journalism, history, government, and English were popular.  He especially enjoyed advising /yearbook activities, winning national awards for both.  During these years Greg and Dawne became parents to sons Adam and Ian, regularly traveling with them up and down the Atlantic coast to remain close to Greg’s family.  While the boys were enrolled in French immersion schools, the family journeyed through France for six weeks in support of their sons’ language programs.

Upon retirement, Greg found fulfillment and friends while taking advantage of many volunteer opportunities, including Meals on Wheels, Master Gardening, Habitat for Humanity, SMART, Food for Lane County, KLCC Radio, and First Congregational Church (FCC).  A long-held interest in music led to his singing with the Eugene Gleemen and FCC choir when he wasn’t playing tennis at the Y or playing poker at local senior centers. Greg and Dawne continued numerous, independent travels throughout Europe. Greg enjoyed driving rural roads (especially through Norway, France, and Croatia) and engaging with local people along the way, despite language challenges. Pandemic restrictions and Greg’s declining health eventually curtailed such explorations, but these journeys provided amazing memories to always treasure.

Greg will be long remembered for his polite, quiet demeanor and intellect combined with wit, a positive outlook to the end, and a generous spirit.  He is cherished by all who knew and loved him.  Greg was predeceased by his parents, brother (F. Dale Howard), and sister, (Chery Scruggs).  He is survived by his wife Dawne, sons Adam (Eugene), and Ian (wife Elizabeth, Hillsboro, OR), sister-in-law, Daleen Wilkins (Medford, OR), brother-in-law Keith Scruggs (Forest, VA), nieces and nephews, and many good friends.  At Greg’s request, no service was held, and his ashes will be scattered in the Pacific and Atlantic oceans.

To send flowers to the family or plant a tree in memory of Gregory Howard, please visit Tribute Store